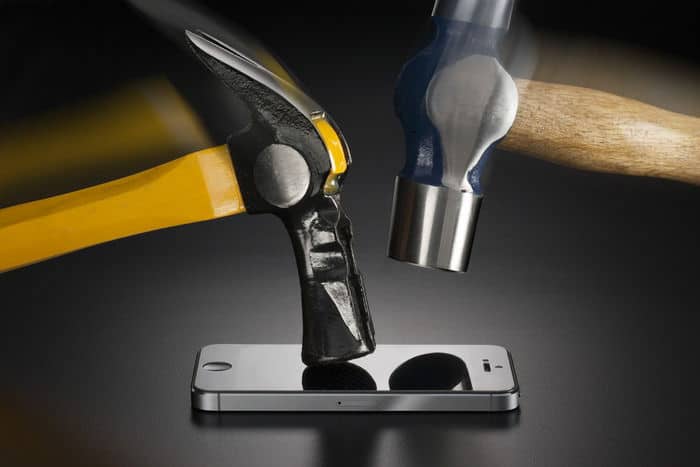 One of the reasons I held out so long on upgrading my smart phone was exactly why most people ran to snatch up the newest hardware: bigger screens. I’ve got an excellent track record with phones, for the most part- I’m never rough with them, I’ve never broken one or stepped on one or launched one into the lower atmosphere on a hobby rocket. But everyone I knew that came home with a big, beautiful screen eventually ended up with a big, broken mess, and from seemingly tiny accidents. We all shouted to the heavens: “Are there ever going to be unbreakable touch screens?” The Rhino Shield is here, and we’re damn close.

Now that I have  a huge, glossy, smash-attracting device screen, I’ve been keeping my eye out for something to protect my investment. Unfortunately, I’m a minimalist when it comes to cases. While I want the best for my devices, part of that entails not covering them up in bulky, cheap looking matte plastic, or shelling out for expensive designer styles that don’t actually do much protecting. The giant OtterBoxes of the world just don’t do it for me- they may as well be those projects you made for school… the ones where you hot glued Popsicle sticks together and filled the resulting tumorous mass with cotton balls, so you could drop an egg off the roof. The only payoff from the whole exercise was getting to go on top of the building and look around for crap you lost over the course of the year, since very few eggs survived the fall despite the personal sacrifices of eating twelve boxes of Fudgesicles for enough sticks. 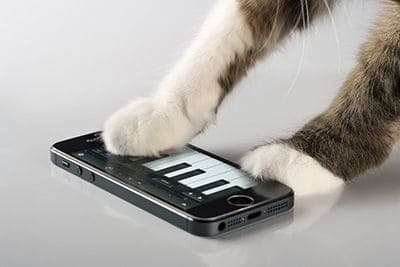 I have a slim, thin, flexible case that cushions the corners of my Galaxy S3 from cracking when I drop it, and it works excellently. As strong as Gorilla Glass has gotten over the years, I’m always paranoid about dropping my phone face down, or dropping something onto it… and I know the day is coming when I will. If the Rhino Shield can really upgrade my devices to unbreakable touch screens the way the tests, videos, and testimonials show, I would pay three times the price in a heartbeat for it. Phones get hit with hammers, knives, center punches, and nails. Phones get smashed on concrete, brick and asphalt  Phones get pretty sad from all the abuse they’re taking, but I get pretty happy because nothing actually breaks.

Check out this phenomenal demo video:

The Rhino Shield works by combining micro thin (only 0.029cm which is less than 0.01cm thicker than the average screen shield,) differently purposed layers into one flexible, crystal clear adhesive shield. It’s designed to be anti-impact, anti-scratch, and anti-smudge. 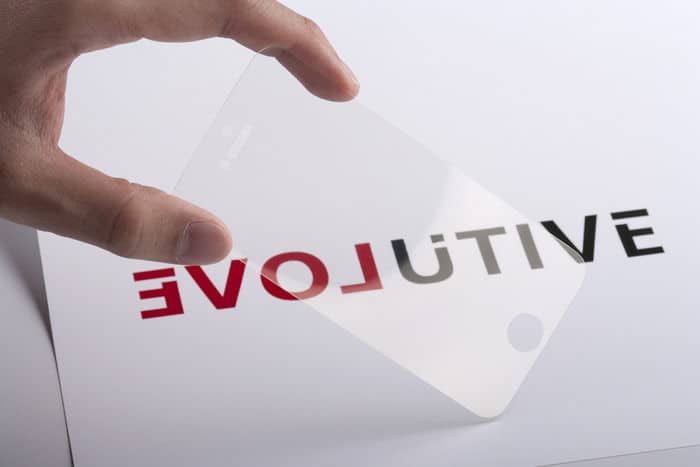 Gorilla Glass demonstration videos show screens being impacted at an angle with 115g of weight- the Rhino Shield tests show Gorilla Glass screens being impacted directly with no frame, no gentle slope, and with over double the weight.  The guys at Evolutive Labs huck them around. They created their own Arduino impact measuring equipment.  They have a little robot named Brutus the Destroyer who drops balls like dubstep bass. And what I think is most important, is they are straightforward, no bullshit, and they seem to care. Their communications through Kickstarter and other media really speak to me.

You can check out much more info, testing details, and backing levels at the official Evolutive Labs Rhino Shield Kickstarter. We may not be quite there yet… but for only $18, it’s a huge step towards all sorts of devices boasting almost unbreakable touch screens.