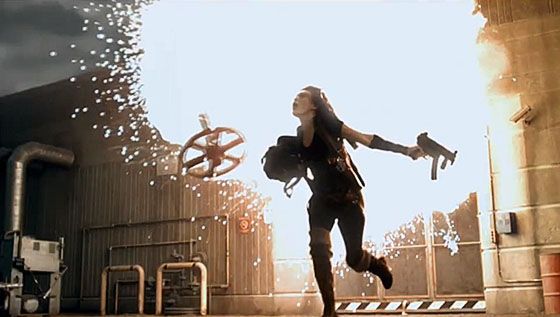 A new trailer for Resident Evil: Afterlife has been released, the sequel to the 2007 cringe worthy Resident Evil: Extinction, starring Milla Jovovich, and also the 1998 hit The Matrix. I don’t think the Wachowski brothers were aware of this, though. The trailer opens with Milla’s award winning delivery of “five years ago, there was a virus. everybody died.” and continues on to sport a slew of slow motion action shots and apparent flashbacks to The Matrix. Perhaps Milla was in the deleted scenes and I just don’t remember.

I’ll let you watch the trailer for yourself, but what I will say is that the movie can’t possibly be worse than the last film.

Resident Evil: Afterlife is expected to wow audiences this September in theaters everywhere. I’ll be posting a full review this fall, which will no doubt convey my absolute undying love of the movie, and the franchise as a whole.