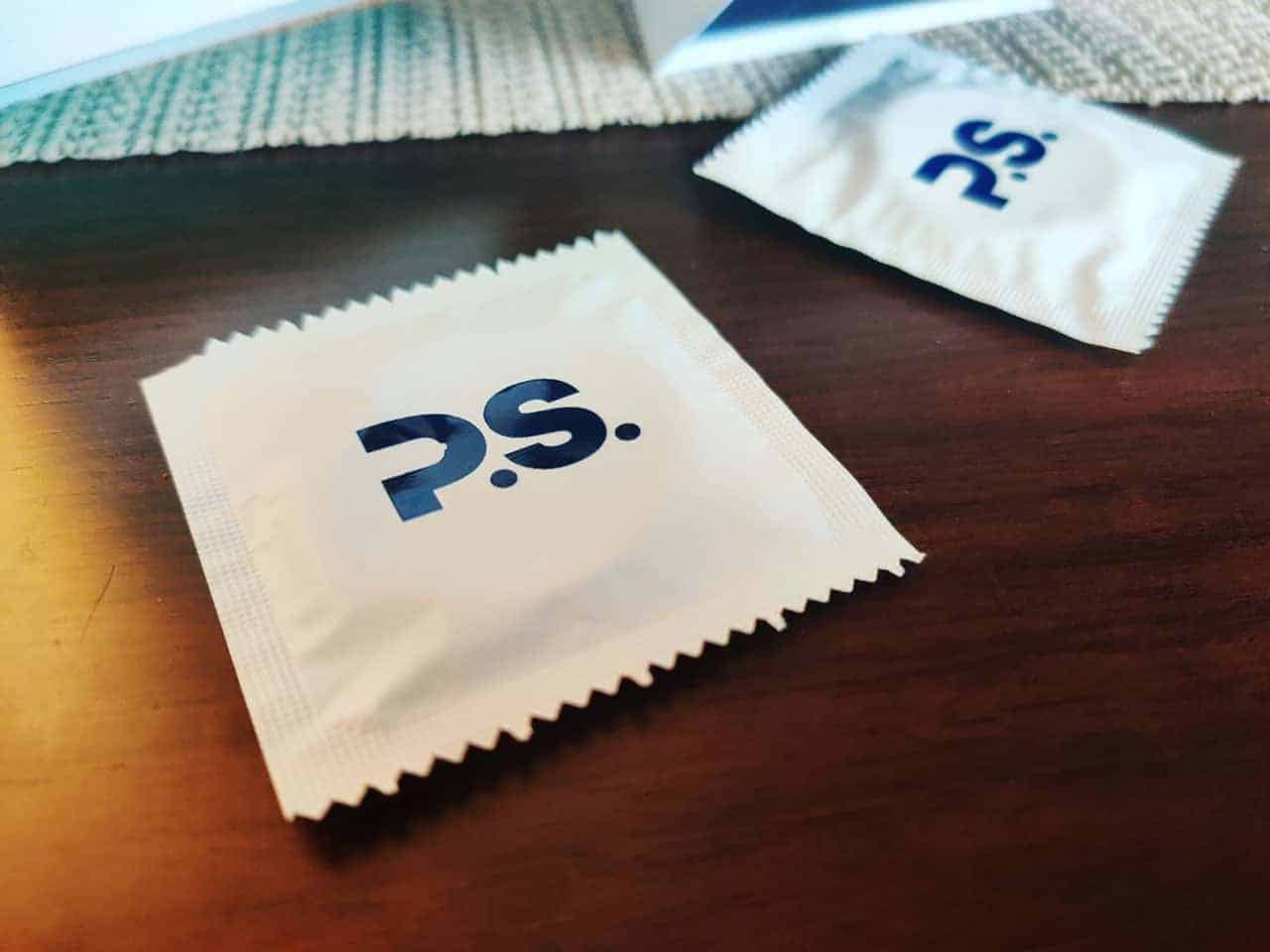 Full disclosure here; I’m a guy and I don’t like condoms. Most of us don’t – they can be tricky to put on, the sex feels dulled, and that smell. The smell of latex might be the single most unsexy smell there is (except to those with a fetish, of course). While we hate to use condoms, we have to if we want any sort of safety during sex. So, I’ve been on a journey of discovery looking for the perfect condom. PS condoms might not be perfect, but I think they come pretty close.

What’s the deal with PS Condoms?

I found PS condoms off a Google search after another not-quite-satisfactory round of intercourse with my partner using a store-bought condom brand. I put in a search for “comfortable latex free strong condom” and after some casual reading, I decided to give them a try. My google search was not quite accurate even though it brought me what I wanted – a stink-free condom. PS condoms are actually made of latex but with a vegan process. This means they don’t contain any casein, the dairy product which is entirely responsible for that smell.

That understandably sounded too good to be true, unless these cost a fortune and half. I continued reading through their website and not only did they claim to have made a completely smell-free condom, they said PS condoms were both stronger and thinner than competitors’ offerings. Needless to say, I was skeptical about this. I’d been burnt several times over by enticing ad copy. I decided to read product reviews of the condoms on their site, as well as those by independent bloggers. They had an average of 5.0 stars from 448 customers and they ranked consistently at the top of listicles about condom brands. I was very intrigued.

I ordered a pack off the website and tested it out as soon as possible after it arrived. It felt like I had just found the piece of my bed game that was missing. Not only was the smell completely absent, it almost felt like there was no condom there. Over the several weeks of, um, intensive testing I’ve been doing, I haven’t noticed so much as a tear on their condoms. It seems like the manufacturers of PS condoms weren’t lying. Sex does feel much better than with a store-bought condom and I can almost convince myself that there is no condom at all since there isn’t any smell constantly reminding me that there was.

Should you buy PS Condoms?

I would recommend PS condoms to any of my friends. I would recommend these condoms to anyone with a penis who doesn’t have a latex allergy. They deliver on what they are selling. Sex with these on is a revelation. They don’t stink, they’re ultra-thin and strong, and since I’ve been using them, my partner seems to want sex more often (though whether that is due to the condoms or a reflection of my own enthusiasm we might never know).

The Prolific Influence of Artificial Intelligence On The Insurance Sector