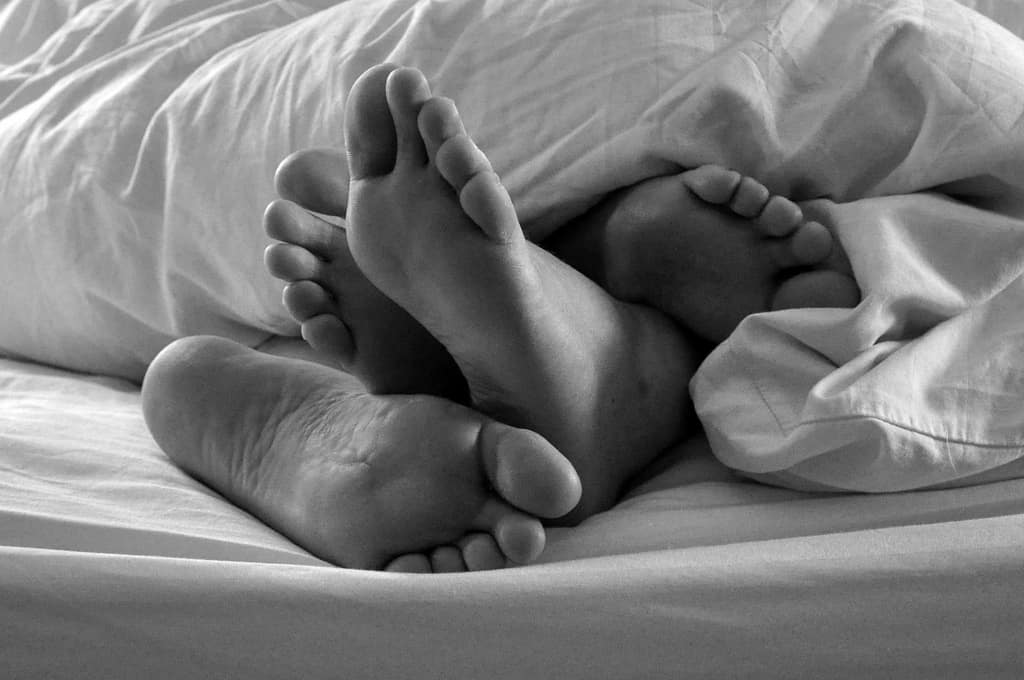 Remember sex ed lessons? Gawky, awkward teens, red as a beetroot while trying to play it cool. The cocky kid making all sorts of wisecracks about how he already knows all of this from his experiences with those ever-elusive girls from other schools. You know, Jessica. The girl with a concerning penchant for sex behind the bike shed who, conveniently, nobody else had ever met. Sat in front of a dodgy 1970s rear screen projection TV, trying to look away from the poor woman making all sorts of sounds while sucking on gas and air. A baby’s head starting to protrude from what you’ve recently learnt is called a “vagina”.

Those lessons aren’t easy to forget. But for all of the wrong reasons. You remember the scaremongering, shocking videos. The blood rising to your cheeks as you’re asked to demonstrate how to put a condom on a banana in front of your pals. Panicking as the doll you’ve been given to look after loses an arm in a freak Mechano accident. With all of this going on, it’s easy to forget the basics beyond “when a mommy and daddy love each other very much”. So here’s a quick recap on the do’s and dont’s when it comes to practicing safe sex.

What Is Safe Sex?

Sounds like a simple question, but many people only have a vague idea that it’s “something to do with condoms”, mainly revolving around the prevention of unwanted pregnancy. But safe sex is so much more than this. Yes, a large part of sex is using birth control responsibly if you don’t fancy hearing the pitter patter of tiny feet yet. But “safe sex” actually concerns STIs and STDs. These acronyms stand for “sexually transmitted infections” and “sexually transmitted diseases”, respectively. These infections and diseases are transmitted through sexual contact. However, they can easily be prevented through abstaining from sex or the practice of safe sex. There are uncountable STIs and STDs out there: chlamydia, gonorrhoea, syphilis and genital warts. These, along with many others can be treated and cured. Unfortunately others, such as herpes, can be treated but have no cure.

One of the most concerning things to contract is HIV (human immunodeficiency virus). HIV attacks the human immune system and leaves the individual prone to infections and other diseases. It is incurable, but there are treatments to help the individual live a longer and healthier life than if left untreated. AIDs is the final stage of HIV infection. It will leave your body incapable of fighting life-threatening infections. If you are worried that you may have any form of STI or STD, book in for testing. Simply find “std testing labs near me now”. Many of these infections and diseases have no symptoms, so it’s always best to check just in case.

This all sounds rather unpleasant. At the end of the day, it is. So you want to protect yourself from these threats every single time you have sex. How do you go about this? Well, the most effective prevention of contracting STIs or STDs is to abstain from sex entirely. But this isn’t going to suit everyone. Sex is enjoyable and an important part of every relationship. A more lenient option is to use a condom every single time you have sex. Another option is to be part of a monogamous relationship with someone who has tested negative for STIs and STDs, in which you and your partner only have sex with one another. Remember, this is a lot of trust to place in someone. You can only ever be certain about your sexual escapades.