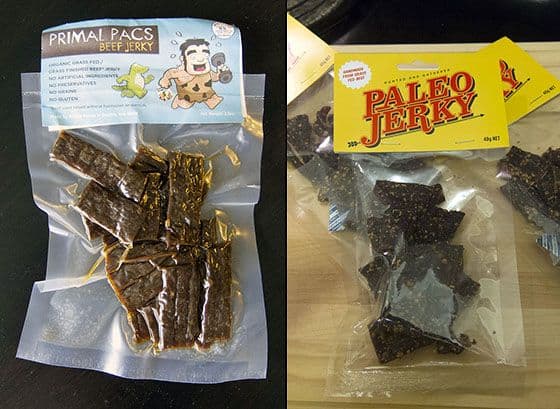 A few months ago I decided to give the “Paleo diet” a try. Not because I’m overweight (in fact, I’m quite the opposite), but for health reasons. I simply wanted to be healthier all around, and as someone prone to colds, it seemed like a good idea. It turned out it was, and I’ve been healthier than ever, but that’s not what I’m here to write about; Robb Wolf explains it much better anyway. No, I’m here to talk about jerky.

Beef jerky is a delicious snack. I’ve been a fan since as far back as I can remember, and I often stuffed myself to the point of near-vomiting on my summer camping trips. The problem, is that most beef jerky is absolutely full of crap and wacky ingredients, and simply isn’t Paleo… not by any stretch of the imagination. So I started looking around and found two major players in the paleo beef jerky market: Primal Pacs, and Hunted & Gathered Paleo Jerky.

What you’re about to read is a brief review of both jerkies separately, and then my declaration of the “winner”. I’ll list out what I like, what I don’t like, as well as irrelevant and disgusting things that come to my mind as I’m writing this. Enjoy.

I’m going to start off with Primal Pacs, simply because I’m eating some right now. 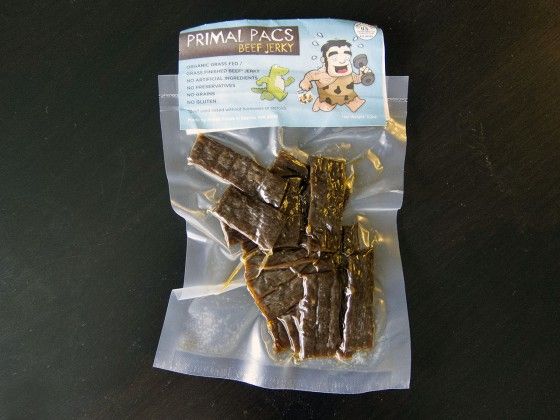 Primal Pacs are made from organic, grass fed beef. They’re completely gluten free, and are also sans grains and preservatives. Awesome, this sounds perfect for us Paleo people, and for the most part that’s true. To my (admittedly amateur) eyes, the beef seems high quality; it’s not chewy or tough, and the texture is consistent. The taste is also decent, though somewhat lacking in the flavor department. Considering the jerky is only seasoned with Salt, Pepper, Paprika, Granulated Garlic and Garlic Salt, well… not too surprising, and perhaps that’s one of the trade-offs for eating Paleo jerky. 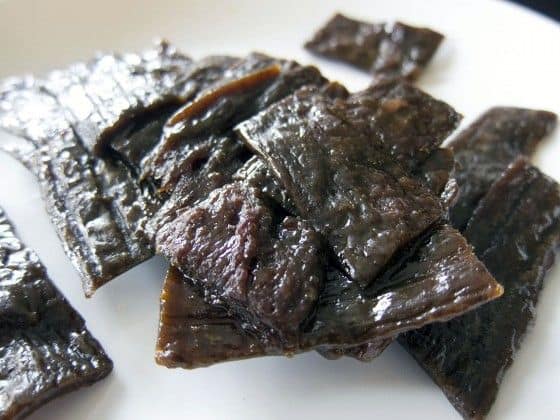 Now, I do have a few minor qualms, mostly in terms of the presentation. I’m just going to say it flat out… these primal packs look like the colostomy bag of a diseased old man. They’re vacuum sealed, which seems like a good idea, but because the beef is slightly moist, the entire thing takes on a very unfortunate look. I would be lying if I said it wasn’t with some trepidation that I finally bit into the jerky. Perhaps something can be done to improve that a bit? 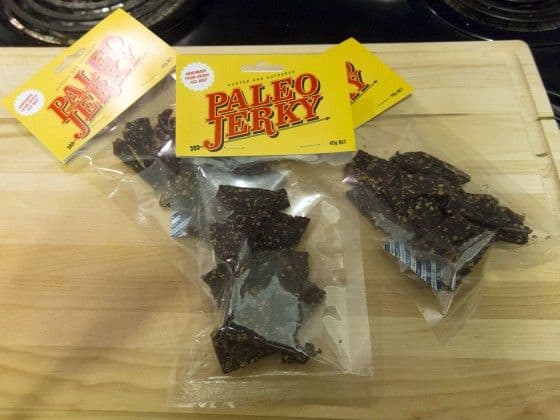 This brand is also made from organic, grass fed beef, but with a few major differences. The jerky is hand made in Australia, and they’ve also added a bit of organic brown sugar into the mix for flavor. Sugar is generally a no-no in the Paleo world, but it certainly made for a tasty piece of jerky. Yes, in terms of flavor, the Hunted & Gathered jerky was definitely more potent. It had a bit more bite, and tasted closer to the non-paleo beef jerky I grew accustomed too.

My only gripe in the flavor department was that it was overly “peppery”. If that’s your bag (so to speak), then you’re in for a real treat. I also found it substantially tougher than the Primal Pacs jerky, and though that’s more along the lines of traditional jerky, I actually preferred eating the softer stuff; call me crazy. 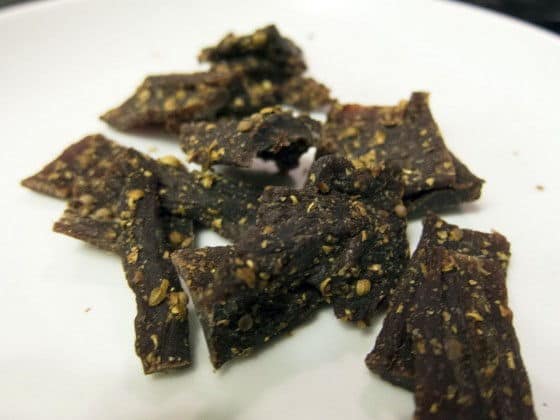 In terms of presentation, I the Hunted & Gathered packing quite a bit better than the Primal Pacs. Everything looked very professional. I realize we’re all here to eat the damn stuff, but clean presentation doesn’t hurt either.

Now, I’m going to suggest a winner, but with a few caveats. Each of these two brands have their own strengths and weaknesses, and in truth, I’ll probably just buy both. I think that overall, I like the taste of the Hunted & Gathered paleo beef jerky better, but the texture and consistency of the Primal Pacs wins hands down; it almost melts in your mouth.

If you’re looking for a delicious Paleo snack, give Primal Pacs and Hunted & Gathered a try, and let me know what you think in the comments below. Aside from the yucky presentation of the Primal Pacs, I think you’ll be pretty satisfied with both of them.