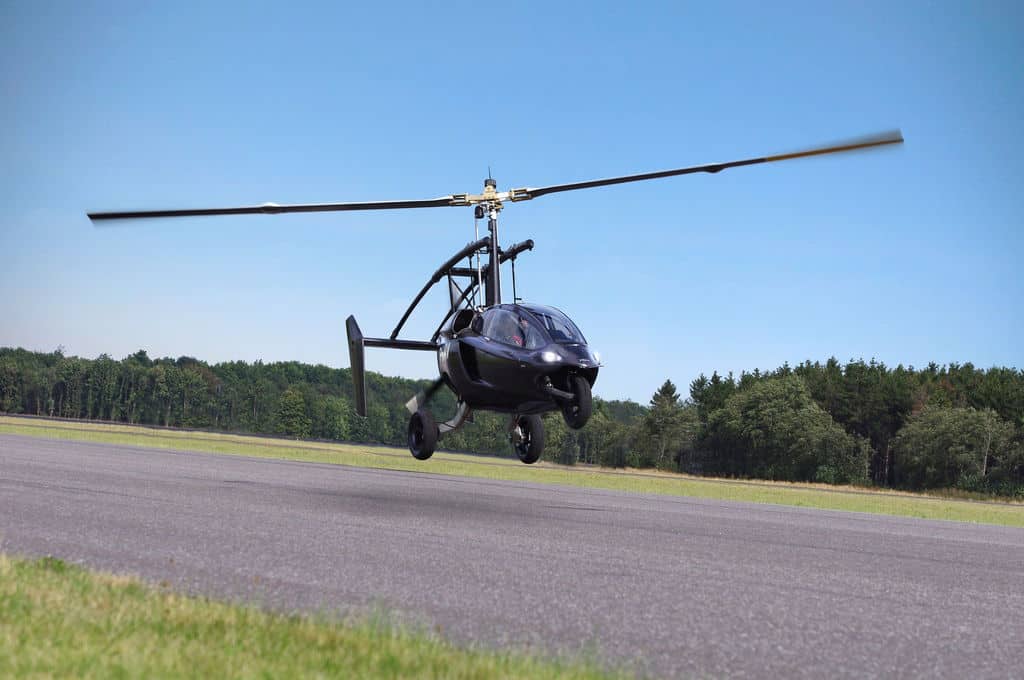 For as long as cars have existed, people have dreamed about cars that can also act as aircraft to get them the hell out of traffic or to areas which are more difficult to access. We’ve written about a couple of vehicles in the past which can be used as cars or aircraft such as the Flying Hovercraft and the Model 367 “BiPod” Hybrid Plane but I think the PAL-V One is probably the most “flyable” aircraft we have seen yet. The vehicle allows seating for two people and as a land vehicle, it’s kind of like a three-wheel motorcycle (trike). On land, the PAL-V One can reach speeds of 112ph and do the 0-60mph in just under eight seconds. Those numbers are pretty impressive when compared to the other prototype “flying cars” out there. This one also seems to be the most feasible.

When you feel like going for a flight, the PAL-V One be “converted” into an a flying craft within ten minutes. The conversion process is mostly automated and looks pretty cool. Have a look at the video and see the flying car, bike, trike, or whatever you want to call it in action. 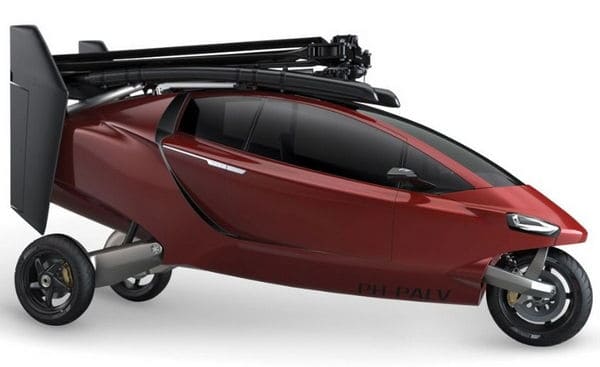 In order to fly the PAL-V One, you need to get a Sports Pilot Certificate which is similar to a ultra-light aircraft. This is a good thing and easier to get because this flying craft is a gyrocopter meaning the top rotor that you see in the pictures and video is not powered. According to the company, this vehicle has proven that a flying car can be built meeting international rules for both aircraft and cars. 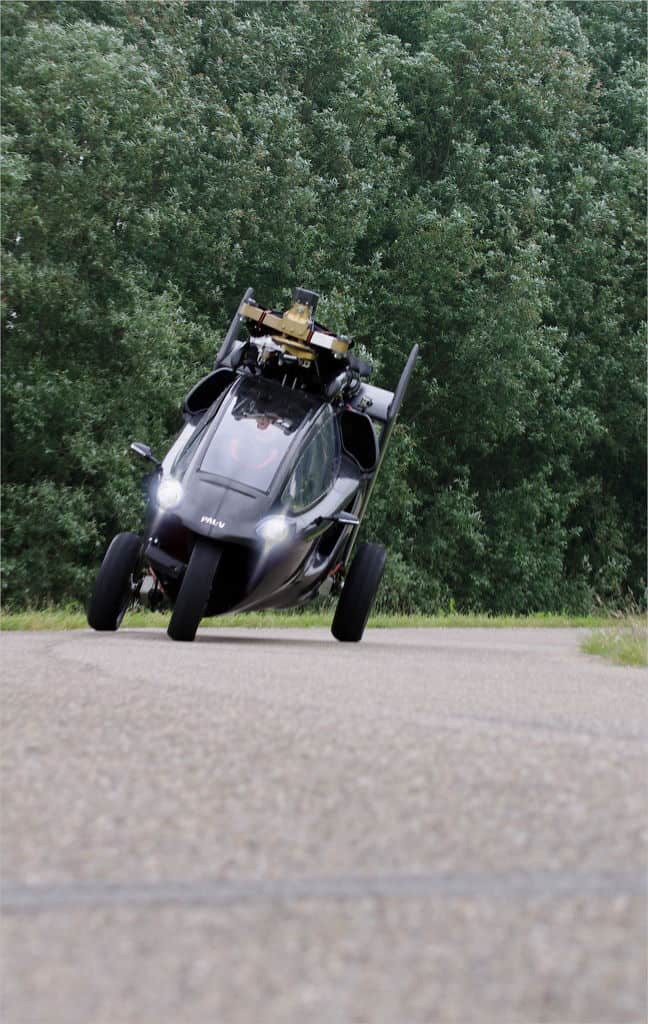 The PAL-V One features a 27 gallon tank giving the vehicle a range of 750 miles on the road and 220 miles in the air. The max airspeed is also 112mph. In terms of taking off and landing, it only requires a short runway or maybe a street if you think you won’t get arrested and not chop somebody’s head off. Once in the air, the vehicle generally flies below 4,000 ft (1,200 m) which is the airspace available for uncontrolled Visual Flight Rules (VFR) traffic so there will be no interference from commercial air traffic. When you’re not in controlled airspace, you are free to take-off without having to worry about filing a flight plan.

Because it has slower rotation of the main rotor, the vehicle is also quieter than helicopters. It can take off and land at slow speeds, it can’t stall, and is apparently very “easy” to control. The gyroplane technology on the craft allows it to be steered and landed safely even if the engine happens to fail as the rotor will continue to auto rotate. That should give you some piece of mind at least.