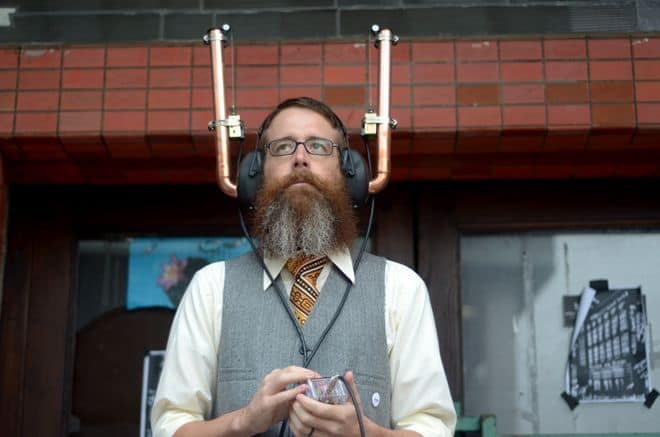 When I was a young kid, my sister and I would always put a tea cup to our ears and listen to the sounds that came out of there. We would love to create a pattern of sound by slightly moving the cup away from the ear and then closer. To us, it sounded like a wind storm of some sort.

These days, while most of us avoid the sounds of the “outside” world by hiding behind our headphones, Alex Braidwood is doing the exact opposite with his Noisolation headphones. These headphones function as an art piece as well as an experiment to mechanically alter the relationship between people and the noise around them in heavily populated areas.

With standard headphones, you can mostly control the sound environment but with the Noisolation headphones, rather than completely shutting out the environment sounds, a user can engage it in a controlled way with the noise around them. According to Alex Braidwod, “exposure to the noise is structured through a sequence designated by a composer which controls the behavior of the sound-prevention valves. The composer also determines what values are adjustable by the listener through a single knob built into the device.” Basically, Braiwood has created a new way for someone to make music from their surroundings, while still having the ability to control what they hear.

Alex Braidwood is a designer, media artist, and a design educator. He went with a wild and very steampunk like design because he wanted to create an object that would start a conversation. The goal was for people to make a visual inquiry which would lead to develop questions of their own about how people listen and the relationship to our environment. 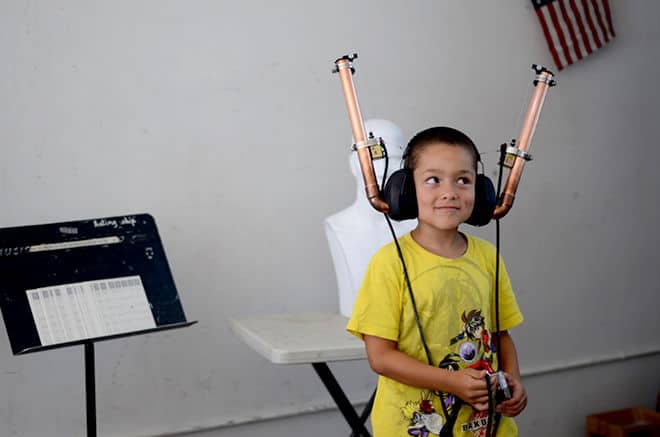 I think you have to be on the artistic side and have a bit of an imagination to truly appreciate the Noisolation Headphones. If you like the idea of this, you can check out more details on the Noisolation headphones and other cool projects at Listening Instruments.