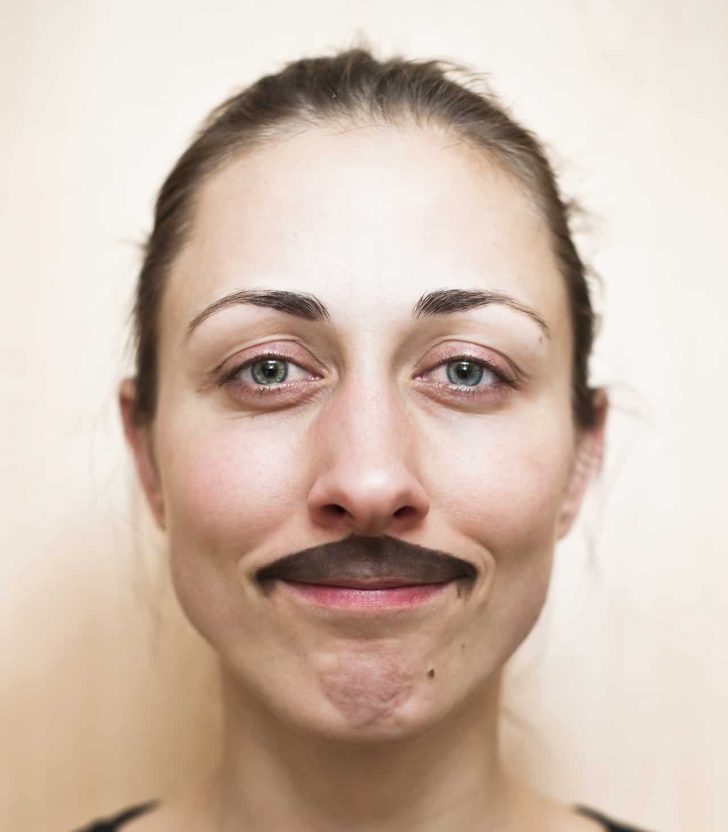 Movember is Here… and Women Want In – Movember Girls Tribute

Movember is one of those things that started out quirky, grew into hilarity, and through that became a rallying cry for a great cause with a lot fun attached. A great mustache is one of those things that every guy wishes he could cultivate – it speaks of classiness and grey poupon and maybe even a striped strongman’s suit. It makes villains more villainous, heroes more heroic, cowboys more rugged and women more… wait, what, women? They say that imitation is the sincerest form of flattery, so it only makes sense that hot chicks want to glue crap on their faces and create cutesy crafts to get in on the action. Now that Halloween is over and we’re out of the skanky noun woods, parties in support of our mustachioed menfolk are becoming more popular. In order to get you psyched up for the upcoming face fringe festival, check out some of our favorite Movember girls mustache tributes after the jump.

There’s always cute girls in mustaches – it looks so wrong, but there’s something adorable about it anyways:

There’s also our favorite place for wacky girl activity – Etsy, which is chock full of quirky mustache crafts. I think it speaks volumes about the power and influence of the ‘stache when women are creating bejeweled effigies out of popsicle sticks and garden trimmings.

Who DOESN’T need this on their wall? Mustaches are omnipresent; their majesty should loom over you at every second, and watch tv over your shoulder – just to make sure you don’t watch too many episodes of Savoir Faire. Mustaches look out for their own.

Or teach your future children and those younger men about the what it takes for ‘stache ownership. Give this mustache pull toy to someone who needs to learn the care and pride required to keep a mustache in great shape, and show them the weight of the manliness and responsibilities that having one requires. We are the shepherds of the future; never shall we let the possibility of corruption of mustache powers be forgotten.

Movember girls bond over their love of mustaches. This kicks the crap out of a rubber cause bracelet because if this bracelet were a person it would be Hulk Hogan (before he was a hotdog/man hybrid) and every other bracelet would be teenaged fast food fry cooks.

Just as a man’s mustache is blindingly attractive to a woman, you can have the harsh rays of an unforgiving sun filtered through the glory of a ‘stache suncatcher, turning them into life giving warmth and beauty.
So there you have it. I’m draping everything that holds still long enough for me to climb it in mustache garlands in support of you manly specimens for this month. There are plenty of Movember girls who fully stand behind the unfinished man’s quest for hirsute supremacy in philanthropy. Send in your monumental mustache pics; share your sweet Movember pedostache or fundraising team on our Facebook wall.