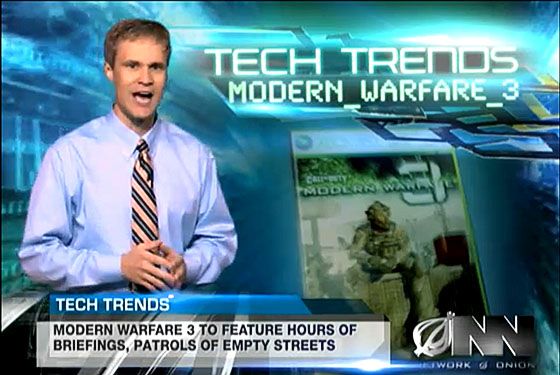 If you’re any sort of gamer, chances are you’ve played, or at least heard of, Modern Warfare 2. The game reportedly places you in the middle of ultra-realistic battle scenarios, but the truth of the matter is that warfare really isn’t like what’s shown in most video games. I’ve never served in the armed forces before, but I have it on good authority that the average day in the life of a soldier is less about man-vs-100-soldiers-guns-blazing, and more about moving around equipment and filling out paperwork. In that vein, The Onion has done a great little video about “Modern Warfare 3”, a video game designed to be the most true-to-life military game ever created. Watch the video for full details!

Modern Warfare by The Onion