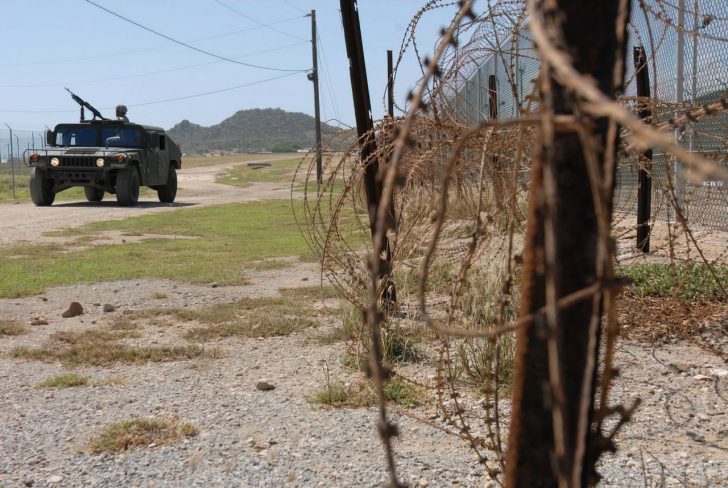 When service members raise their right hands and enter the military, they don’t commit to exposure to cancer-causing chemicals. However, both overseas and at U.S.-based military installations, soldiers are frequently exposed to toxins with harmful health effects, from a combination of military-affiliated operations, industrial sources, and natural causes.

Historically, military practices are intrinsically linked with the use of chemical agents be it for heavy metals used in bullets and projectiles such as lead, mercury, tungsten, and depleted uranium, or for other military-use materials such as rocket propellants, special paints, chemical, and nuclear weapons, and other toxic chemicals such per-and polyfluorinated substances used in firefighting foams.

While standards have improved in recent years, throughout the last century the massive Cold War military buildup and weak environmental standards created a nationwide legacy of pollution from hundreds of military bases across all 50 states. This has affected military personnel, family members who lived with them on the site and communities near military installations alike. One such case was that of Camp Lejeune Marine Corps Base where the levels of toxic chemicals, 240 to 3400 times higher than the permissible limit, contributed to the long-term health effects of thousands of military personnel and their family members.

With hundreds of contaminated military facilities affected by these emerging pollutants, it is inevitable that toxic exposures will be ongoing for US military personnel. However, those affected still face apparently deliberate policies of denial and delay when seeking legal remedies.

“Our brave service members who stationed on military bases between combat assignments come from all walks of life – they are parents, children, grandparents, friends, neighbors, and are an important part of their communities. I’m not really a fan of the phrase, ‘What was done was done’ but it’s a statement of basic reality. What happened, happened; there’s no denying that the exposure occurred. In order to honor selfless individuals who gave their service to protect our rights and freedoms as Americans, we need to help those in need. Veterans who served their country deserve timely health care and disability benefits when they leave active service”, says Treven Pyles the administrative director at Environmental Litigation Group P.C., a law firm dedicated to helping victims of toxic exposure.

Severe and permanent impairments have set barriers for veterans in establishing themselves in post-service life such as the need for supervision and physical assistance of another person in daily life activities. According to a recent survey conducted by the National Foundation for Credit Counseling, veterans are almost twice more likely to face severe financial challenges than civilians. Nearly the same percentage of veterans appears to feel ill-prepared for a financial emergency.

Depending on numerous factors, including the conflict they served in, the nature and frequency of potentially traumatic events, and the risk of exposure to various chemicals, today’s veterans may cope with physical and psychological symptoms that can reverberate for decades afterward. But to help them, we need to take action to make sure they can access the benefits they have earned and quality health care.

Veterans’ Struggles – Not Something New

Although legislators have introduced dozen of veterans-related bills in Congress, they have not prioritized veterans’ hurdles thus far either. For years, the Department of Veterans Affairs has confronted questions about whether and how it serves the veterans once they’re out of uniform and in need of help. In 1924, Congress had promised veterans of World War I bonuses in the form of certificates that could not be redeemed until 1945. When the Great Depression ravaged the country, the veterans were no longer willing to wait that long. Thousands of war veterans calling themselves the “Bonus Army” descended on Washington to demand payment, but they dispersed peacefully when President Herbert Hoover ordered the Army to force the marchers out of the capital. However, their march helped make the public more aware of the challenges facing veterans.

Sadly, many veterans are unaware of the benefits to which may be entitled if records demonstrate toxic exposure in the military. These benefits can provide comprehensive medical services and financial assistance, particularly in cases where veterans suffer service-related injuries or disabilities. Veterans who have been exposed to toxic chemicals present at military bases may be eligible for service-related disability and medical treatment. Providing support to America’s service members appears to be directly connected to long-term protection for them when returning to civilian life. Veterans who said they received the support they needed after they leave the military, are more likely to report that their military service had an overall positive impact on their lives.

Treven Pyles – as administrative director for the Environmental Litigation Group, P.C., Treven uses his assets and dedication in helping veterans exposed to toxic substances while serving on active duty get the benefits they deserve.