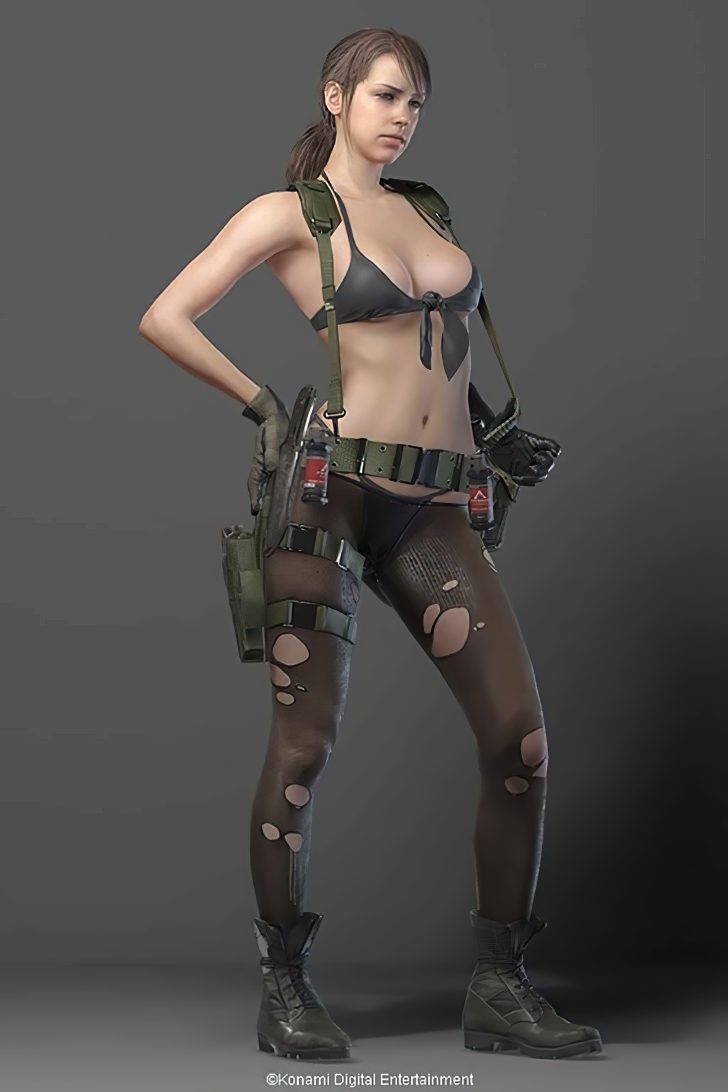 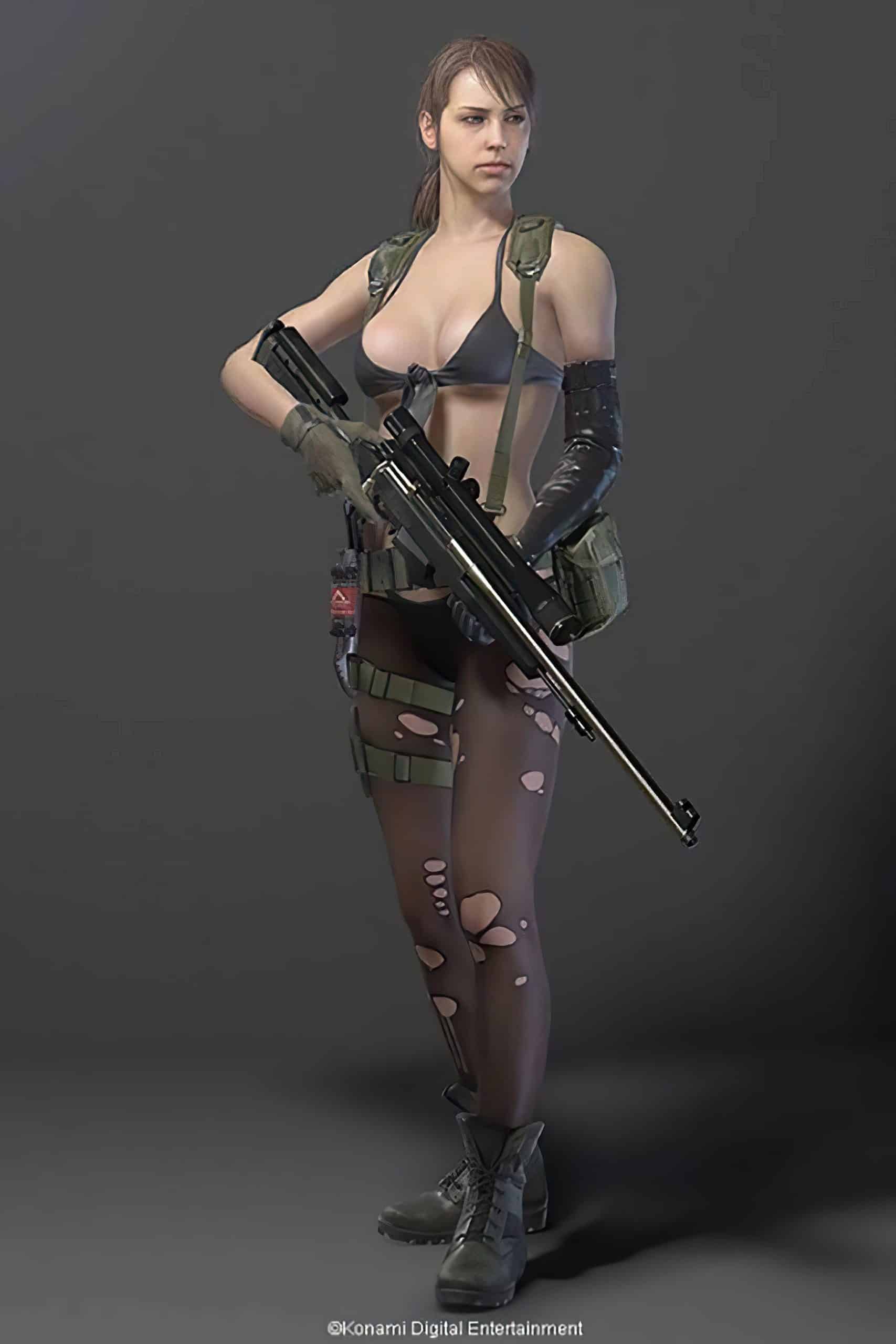 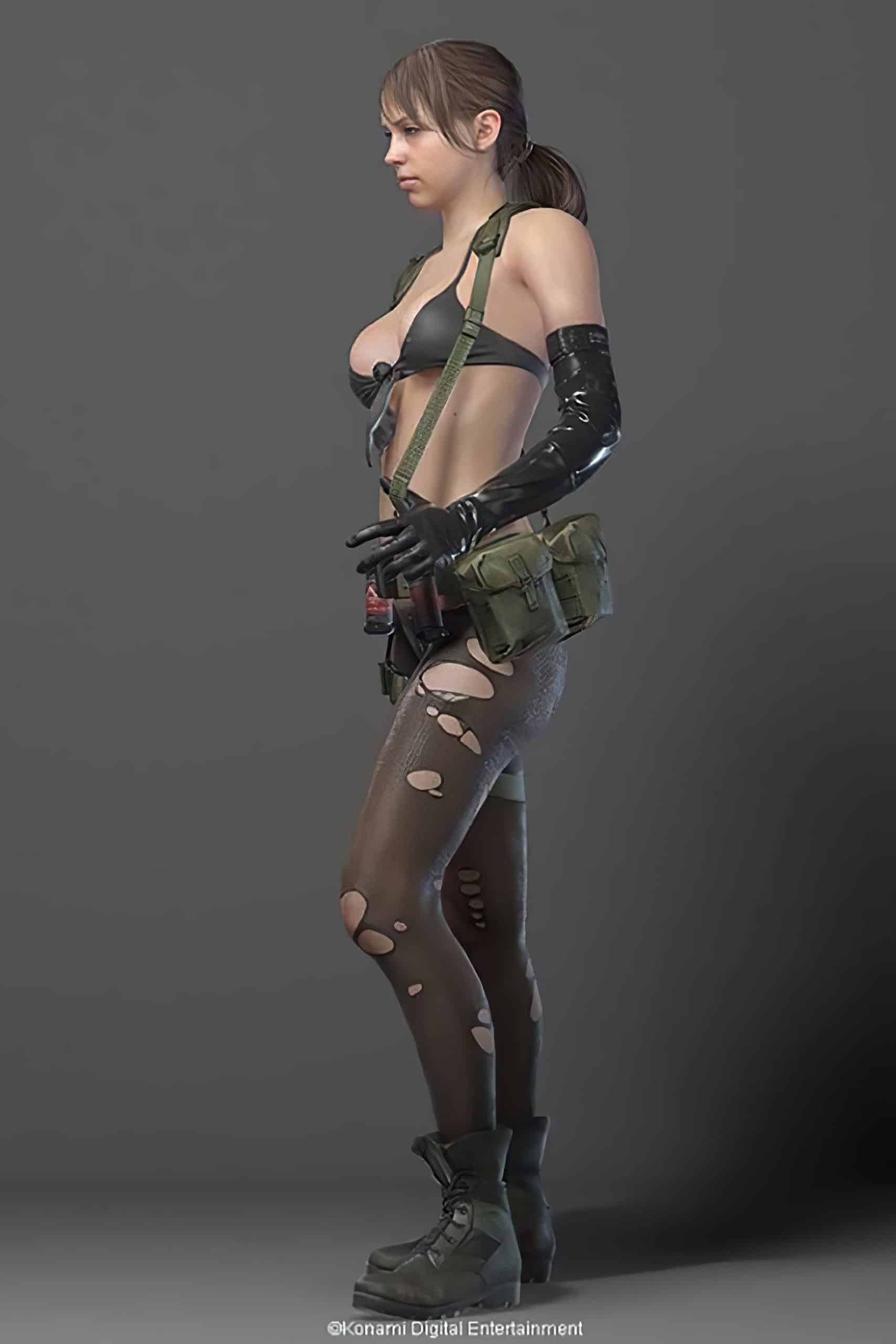 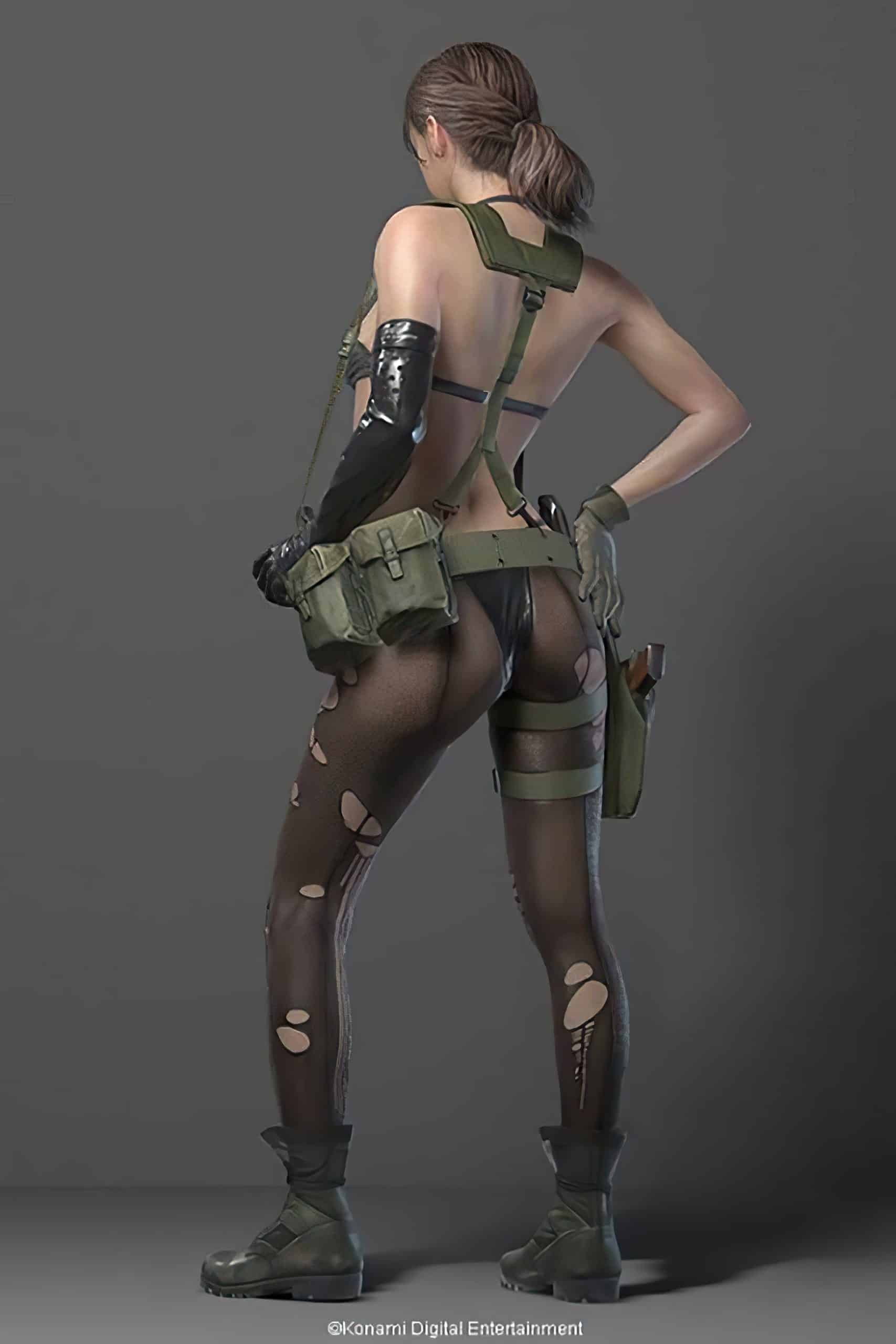 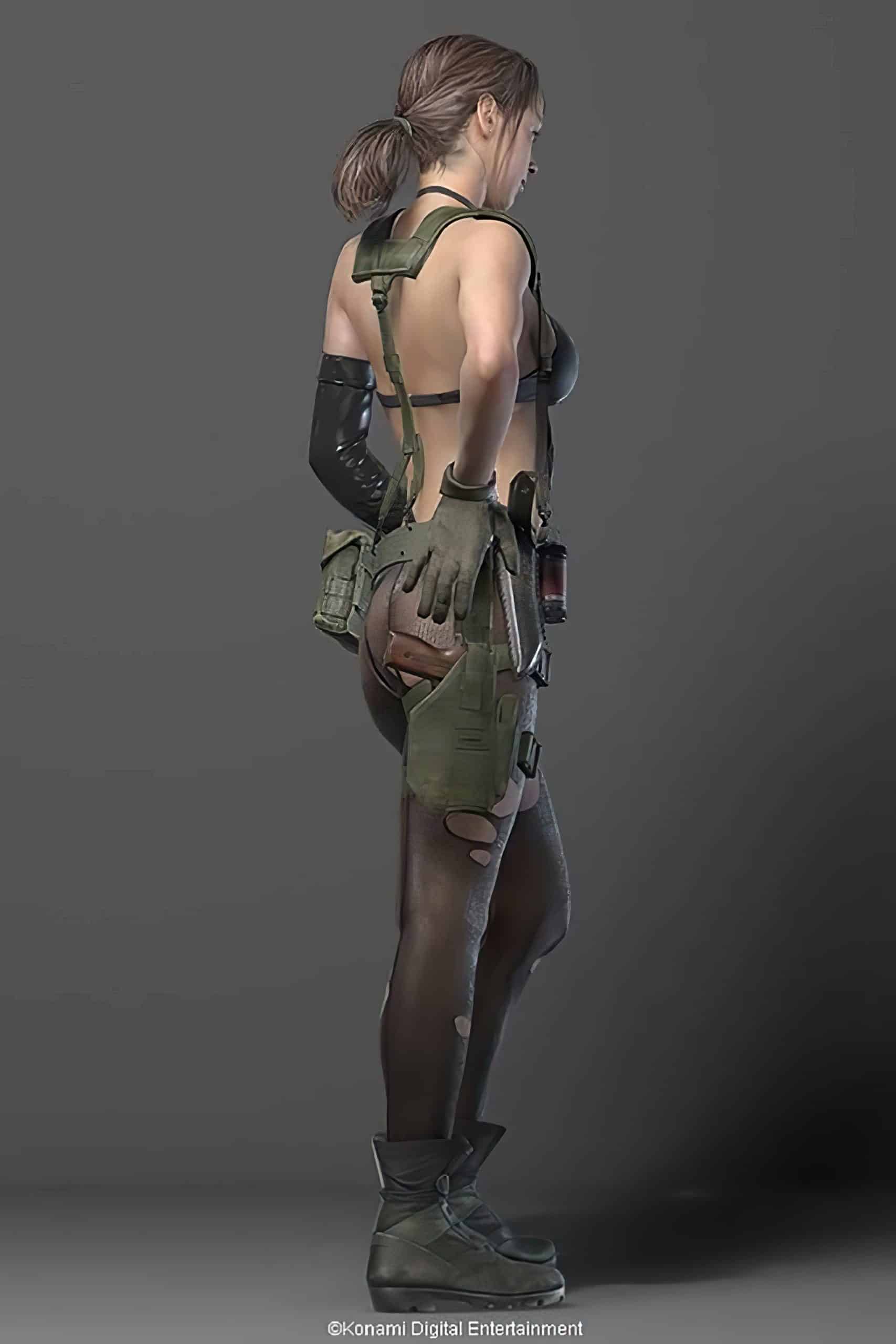 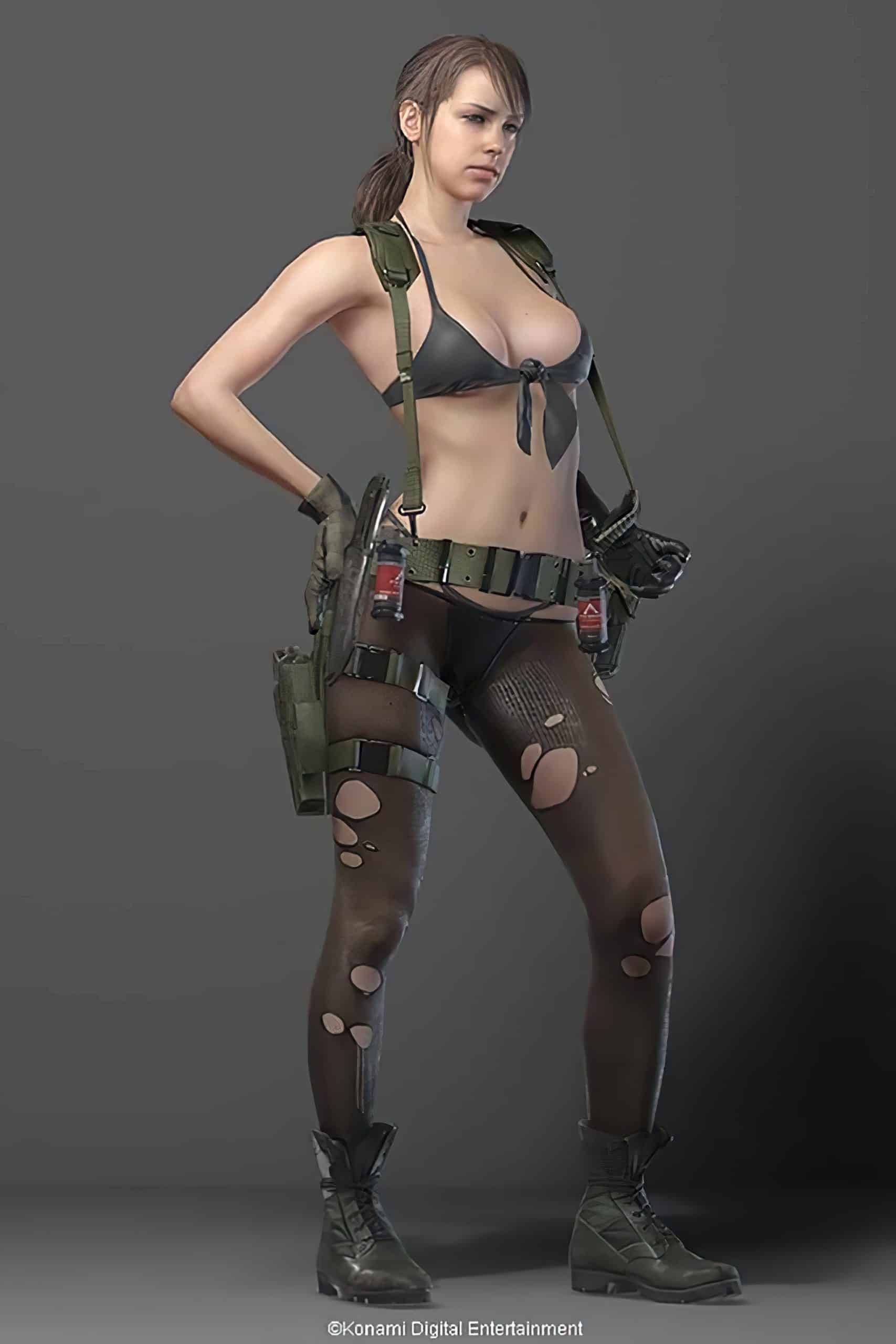 I’m always pleased to see such an excellent ass, but I have to wonder: just how practical is this outfit for a sniper working in a combat zone? Seems like something she could kick back and relax in after a long day of work, but not really beforehand.

It’s nice to see more women in games too, though I have a feeling that this isn’t exactly how they would prefer to be portrayed. Perhaps Mr. Kojima can add an alternate outfit for Solid Snake, or Rubber Snake, or Icecream Snake, or whatever the hell his name is, where he’ll be wearing tight silver booty shorts and a mesh shirt. It just makes sense for the hot environments he’ll in!

Well, I guess if nothing else she’s done a good job traveling light? I don’t even know, man…

The Making of Quiet

You may be shocked to hear this, but I’ve never actually played a MGS game, like… ever. When Metal Gear Solid 4 came out, I was impressed with the technology, but given my incredible dislike of the Playstation 3, I simply never ended up playing it. Sad, I know.

Now MGS5 is drawing ever closer, and once again I find myself incredibly impressed with the technology. The difference? I’m actually going to buy a Playstation 4. Phantom Pain is definitely at the top of my list, and seeing tech like this is a big part of the reason.

I’ve got say, Stefaine Joosten looks a lot prettier in real life than she does scanned into a computer. I know they’re virtually identical, but there’s just a certain something missing. Maybe it’s that she isn’t smiling? Well, that or her pale gray skin, one of the two. In any case, when we see her actually moving around an environment, I have a feeling she’s going to look a whole lot more natural.

There’s currently no official release date for Metal Gear Solid 5: The Phanton Pain, but I have a feeling we’re going to see it sometime in 2014. I’ll let you wonderful people know the moment I hear something a little more concrete.