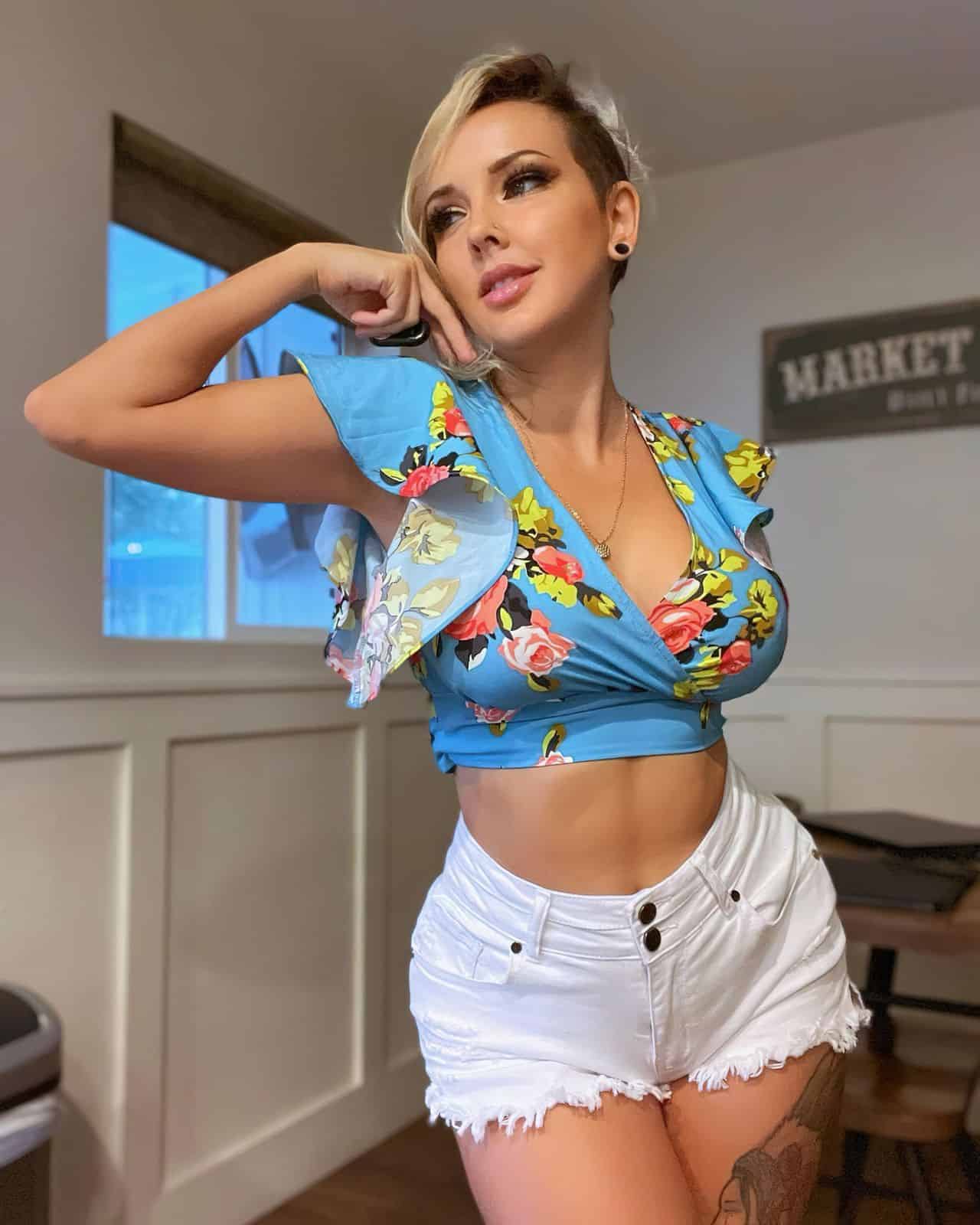 Who is Darshelle Stevens and what does she do?

Darshelle Stevens is an American cosplayer, model, and fantasy photographer. She was born on March 29, 1991, in Michigan, has been cosplaying since 2010, and has gained a large following on social media. Darshelle’s photography work focuses on fantasy and sci-fi themes, and she often collaborates with other cosplayers to create stunning photoshoots. In this article, we will take a closer look at Darshelle’s work and find out what motivates her to pursue cosplay and photography.

How did she get into photography?

Darshelle started photography after seeing and being inspired by photos people were posting of themselves on Myspace. Darshelle learned how to photograph using tutorials online. Darshelle specializes in fantasy and sci-fi photography, frequently working with other cosplayers to create stunning photoshoots.

What does Darshelle do for work?

Darshelle is primarily a cosplay and fantasy photographer, but she also works as a model and cosplayer. Darshelle often posts her photos on social media, and she also has a Patreon account where she posts more risque photos. Darshelle has also been known to do body painting work.

Darshelle is an avid gamer and sci-fi movie lover. In her spare time, she enjoys playing video games and watching movies. Darshelle is also a big fan of A Knight’s Tale.

Darshelle has stated that she would like to get into real estate flipping houses and renting properties on Air BnB. Darshelle’s dream retirement is to own two homes; one in Michigan and one in California.

Darshelle has received criticism from some of her family members about her choice to pursue cosplay and photography. Darshelle has said that she loves what she does and that no one can change that.

What is Darshelle’s favorite movie?

Darshelle’s favorite movie is A Knight’s Tale. Darshelle is also a big fan of sci-fi movies.

What kind of dog does Darshelle have?

Darshelle has a small dog named Scrappy who is a Brussels Griffon/Chihuahua mix.

It seems likely that Darshelle will continue to pursue cosplay and photography, as she has stated that she loves what she does. Darshelle is also a very creative person, so she may branch out into other areas in the future. Only time will tell what Darshelle will do next, but we are sure that she will continue to wow us with her amazing cosplay and photography skills.

In addition to photography, Darshelle is a big gamer and sci-fi movie lover. Her favorite movie is A Knight’s Tale and she has a small dog named Scrappy.

How did Darshelle get into cosplay and modeling?

Darshelle has always been interested in photography and cosplay. She was inspired to start photography after seeing cool photos people were posting of themselves on Myspace, and she learned how to photograph using tutorials online. Darshelle got into cosplay after attending events and being asked to photograph various cosplayers. She would often get asked to step in front of the camera and it kind of evolved from there.

What are some of her favorite cosplays and projects to date?

Some of Darshelle’s favorite cosplays and projects to date include her cosplay of Daphne Blake from Scooby-Doo, her steampunk Harley Quinn, and her take on the Drow Ranger from DotA 2. Darshelle is always looking for new and exciting projects to work on, and she loves collaborating with other cosplayers and photographers to create stunning photoshoots.

What are Darshelle’s plans for the future?

In the future, Darshelle wants to get into real estate by flipping houses and renting properties on Air BnB. Her dream retirement is to own two homes. One home on a private lake in Michigan and one home in California.

What has been the most challenging aspect of Darshelle’s career so far?

Darshelle has received a lot of criticism from family members about her nudity. Darshelle was quoted saying “there’s nothing wrong in being comfortable with your body or sexuality and owning it.”

What advice would she give to aspiring cosplayers or models out there?

Darshelle would advise aspiring cosplayers and models to always stay true to themselves and to never let anyone else dictate how they should live their life or what they should do. She would also advise them to surround themselves with positive people who will support their dreams and aspirations.

Where can readers find more information about Darshelle Stevens and her work?

We hope you enjoyed this article. If you would like to learn more about Darshelle Stevens, please check out her social media accounts and websites:

Know About Rizskoch, A Hungarian Rice Cake That Will Surely Delight Your Diners

Life in the Fast Lane: The Porsche Experience