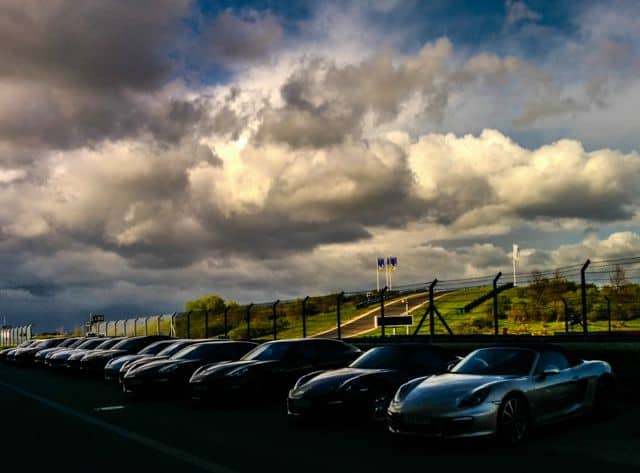 Life in the Fast Lane: The Porsche Experience

For any adrenaline junkie, experiencing the raw power of a Porsche is one of the top-tier bucket list items.

There’s no need to pretend- it’s definitely been on mine. Now imagine my excitement when I entered the Porsche factory in Leipzig, Germany, to witness the vehicle’s production and experience several lightning-fast laps around their test track.

A Speeding Ticket I Didn’t Mind Getting

Let’s skip straight to part you care about most. How did it feel to drift, break, and accelerate in a Porsche 911? (With a professional driver, of course.) Just watch as we ride on their break-in and control track.

“On our own break-in and control track you can experience how this car performs in copies of bends of some of the world’s most famous race tracks including the Loews, the Bus Stop and the Parabolica – they’ve all been merged into our test track.”

Watch the video as we hit the track’s six breaking points in tandem with another car. The six flat-out stretches of the track meant full acceleration at mind-blowing speeds similar to my experience driving a Ferrari in Emilia Romagna, Italy. But unlike that experience, or the time I went drifting in Mexico, this ride-along allowed me to understand what it’s like to hit the breaks on a nearly four kilometer course. A $84,000+ car will do that.

Watch my smiling face after returning existing the Porsche 911.

Despite the car’s pricetag, this is not just an exclusive experience meant for millionaires.  You can also travel to Germany and do the same. It’s worth the price to feel the 350-to-560 horsepower engine on a course that mimics the most famous corners from world-renowned tracks like the Suzuka Esses or Laguna Seca Corkscrew.

As expected, the Germans came prepared. Chilled drinks were waiting for me as I returned to their customer center to soak in my VIP experience.

Where the Dream is Born

Along with co-piloting the Porsche 911, I also toured the Porshe factory in Leipzig.

The production line and advanced assembly systems were a glorious sight to behold. Porsche Leipzig is a production site producing up to 500 Porsche Cayenne and Panamera cars per day. Their  “Lean Production” and the “Just in Time” methods allow for the famous German efficiency. For example, the loading sequence for the Cayenne and Panamera bodywork, which are delivered to Leipzig by train, corresponds exactly to the production sequence.

The result is the fastest possible production of the most powerful vehicle. More interesting is the ability for the factory to produce each car according to customer specifications. In other words, it’s not just an assembly line producing cookie-cutter machines. Each car is entirely different with unique customiziations based on exact customer orders, thanks to the factory’s use of modular production techniques.


While I cannot take you on a tour of the factory, you can still take a virtual tour for a sense of what goes into the process.

All this having said, the Porsche Co-Pilot tour is something that needs to be experienced to really be able to capture its overall awesomeness. If you’re in Leipzig and have an unshakeable need for speed, this is a definite must-do.

Thanks to the team from the Social Travel Summit ran by iambassador, Leipzig Tourism, and Germany Tourism who coordinated with Porsche to set up this experience. But this not an exclusive experience. You can do same for between $125 and $300 US dollars.