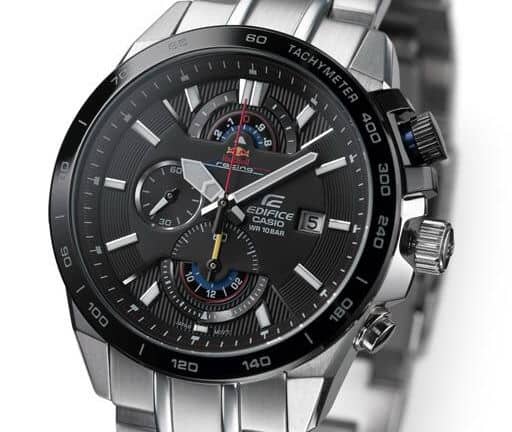 Casio has been the official partner of F1 team Red Bull Racing since 2009, RBR has won the driver and constructor’s championships in 2010 and 2011.  Casio has released a new limited edition watch that celebrates the partnership and the concept of “Speed and Intelligence”.  The watch is called the Edifice Red Bull Racing EFR-520RB

The limited edition watch is based on the EFR-520 and features a multi-layer dial with three chronograph sub-dials.  Red Bull Racing’s official colors- red and blue have been applied to the sub-dials and one of the pushers.  The dial also features the Red Bull Racing logo.

The Edifice Red Bull Racing watch is water resistant to 100 meter and comes in a rather large 49 x 45.3 x 12.3 mm stainless steel case with a stainless steel bracelet.  The watch uses quartz movement with a battery life of approximately 3 years.  The watch also comes with a special box, a watch stand, and a picture of Sebastian Vettel and Mark Webber with a Red Bull F1 car.

The limited edition Casio Edifice Red Bull Racing watch will be available in September 2012, or how many will be produced. You can pick one of these up on amazon.com for $469.95. 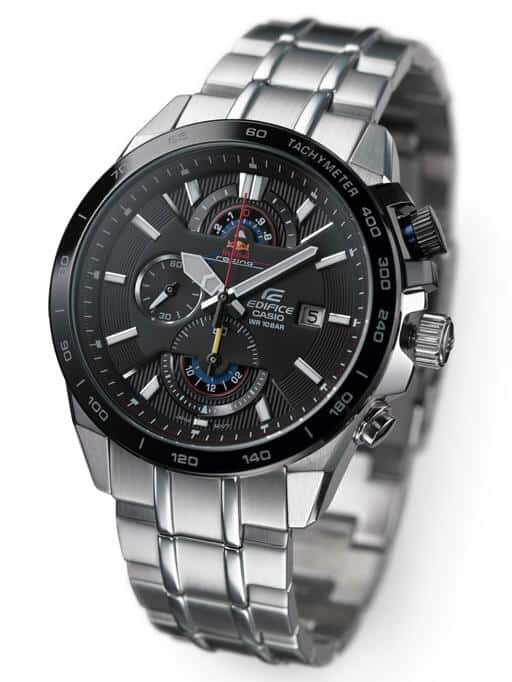 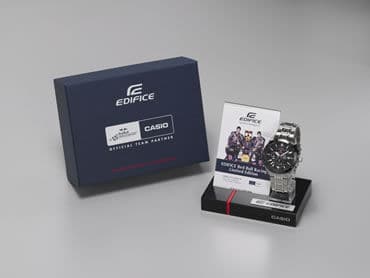