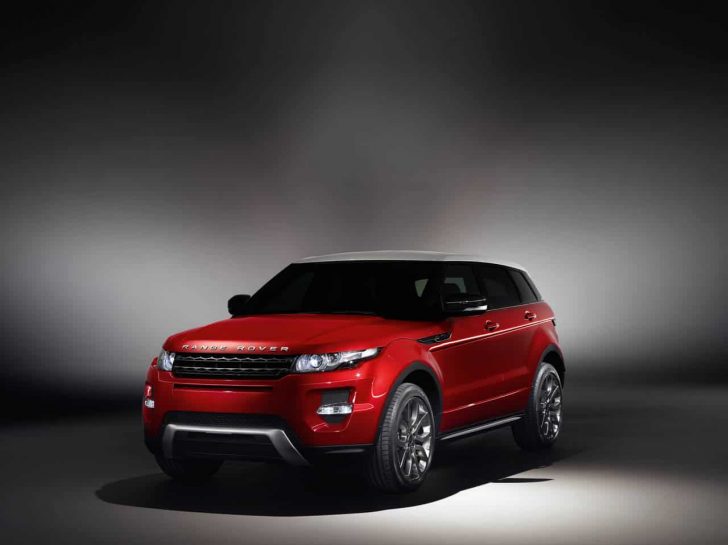 The Land Rover Evoque was first introduced in the summer of 2010, I believe the interior is designed by Victoria Beckham (Posh Spice) or something like that, I don’t really pay attention to celebrities and their BS lives.  The original Evoque was a small 3-door SUV, that format used to be quite popular a couple of decades ago, not sure why it isn’t popular anymore.  Now Land Rover has released official pictures of the bigger Range Rover Evoque 5-doors, ahead of the LA Auto Show.  The five-door Evoque will go on sale after the three-door model sometime next year.

The 5-door Range Rover Evoque looks just like its little brother but is three inches taller and has the typical lines of a cross-over utility vehicles rather than the masculine look of the full-sized Range Rover SUV.

The interior, as you’d expect from any Land Rover, will be luxurious and feature state of the art technology.  The seats, instrument panel and doors will be covered in premium soft-touch leather with twin-needle stitching.  The Evoque will feature a touch-screen display to control the audio, climate, navigation and ride and comfort.  The screen also comes with dual-view technology which is pretty cool; it can display two different things at the same time.  For example, if the driver wants to look at the map on the navigation system, he’ll see the map from his viewpoint, while at the same time the passenger can be watching a movie on the same screen from that viewpoint.

The Evoque will use a sound system developed in partnership with high-end audio specialists Meridian.  The system will have 17 speakers and 825 watts of power for a surround sound experience that’ll make George Lucas proud.