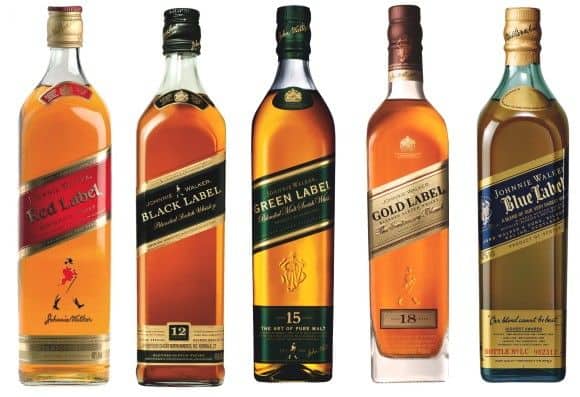 Over the past 15 years, the Hopscotch Festival in Vancouver has become a hotbed for bringing together whisky, beer, and spirits enthusiasts. http://www.youtube.com/watch?v=U66dyTfctvA
It’s a week-long celebration in November that brings 5000 fans to 27 events, including the Grand Tasting Hall nights, where anyone can become their own personal connoisseur as they sip on the finest offerings from a selection of over 250 premium whisky, beers and spirits. With these amounts and type of liquor floating us Canadians, it’s no surprise that the welcoming and friendly environment brings random strangers together, taste masters and taste beginners alike. There’s even over a dozen master classes to choose from, where you get to sit down with some samples and enjoy some lively discussions. After the jump, I’ll tell you about my Johnnie Walker master class tasting.

I had the delightful pleasure of being introduced to the world of Johnnie Walker by the hilariously eccentric Michael Nicolson, a man who instantly reminds you of an amazing cross between Sir Ian Mckellen and Gary Oldman with an Scottish twist. After a brief introduction to the history behind the label, we were presented with the samples.  Now, if you don’t know much on the history of Johnnie Walker, let me introduce you to ‘The Man Who Walked Around the World’ commercial.

One of the most interesting things I learned about whisky tasting is that a few drops of water in the whisky can create a significant difference in experiencing whiskey. It opened a whole new world of whiskey for me which is funny because I thought the only thing a Scotsman puts in his whisky is more whisky. But of course, the only exception to this rule would be for much older and luxurious offerings.

The second most interesting fact I learned was that by 1930, Johnnie Walker was sold in 120 countries when Coca-Cola was sold in only four. This was most likely attributed to the Phylloxera epidemic that killed off large portions of the European vineyards in the late 19th century. Or as Michael put it, “decimated with a capital F!” Consequently, this created a significant shortage in the supply of brandy, which, in turn, made gentlemen’s drinking establishments around the world stumble upon whiskey as an alternative.

The tasting itself began with sampling the whiskeys in order starting from Red Label, Black Label, Green Label, Gold Label, and then into the most luxurious, Blue Label. It didn’t take long, or an advanced tasting palette, that even an amateur could be able recognize the difference between the labels. You could really notice the difference after going back the line and comparing the Labels.

Next year, there’s no doubt that I’ll be keeping an eye out for any class with Michael Nicolson.

Stick around next week on Unfinished Man and I’ll tell you about my Mezcal Master Class with Eric Lorenz, President of Lorenz Agave Spirits.