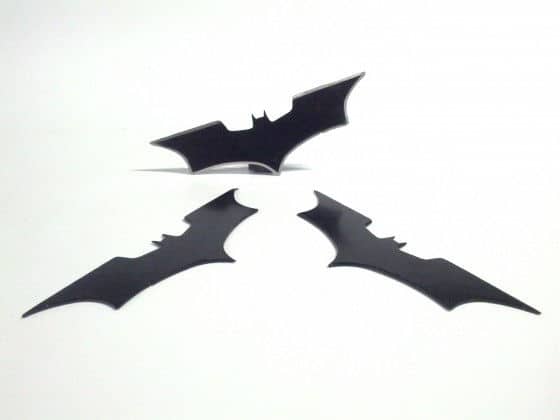 It’s tough posting something related to both weapons and The Dark Knight Rises at this point in time, but with respect and remorse for the terrible events in Colorado, I’m posting these home made Batarangs for a couple of reasons. One: they’re awesome, and two: instead of spending way too much money on crappy licensed shit, they were made in a open access workshop, which is one of the coolest ideas I’ve ever heard of. If you’re a weekend warrior, a tool enthusiast, or an unfinished man looking to bang on scrap metal and drink while shooting the shit with other like minded fellows, you’ll probably think it’s pretty cool too.

Hand Made Batarangs by MakeIt Labs – Because There’s Just So Much More Room For Activities! 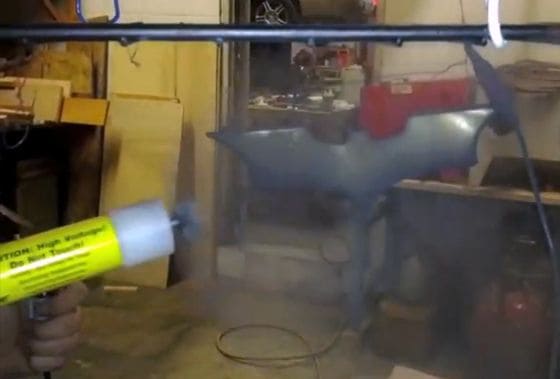 Batman is one of those characters that every kid on the planet has dreamed about being, and there’s probably almost as many of us that still throw our toast around in the morning pretending we’re embedding it in the foreheads of our enemies (Just kidding- we all know Batman is famous for non-lethal suppression.) But what I really like, even better than my own inexhaustible supply of high quality powder coated Batarangs, is the idea of an open access workshop.

MakeIt Labs in New Hampshire is something that most men would love to know exists. Getting your own tools is expensive, and it’s not always easy to figure out how to use them or what sort of project to take on. Not everyone has the space or bankroll to get a laser cutter or glass blowing and molding equipment, let alone hydraulic lifts, or a LAN with 8 gaming computers all into the same space. For a nominal fee per visit or low monthly cost, you can drop in, drink beer with other guys, play games, brainstorm your evil villain lair or world domination weapons, and play with all sorts of awesome metal working, automotive, electrical and other equipment. Basically, it’s like a big daycare for men- except that daycare is full of plasma cutters and you weld instead of Playdoh and there’s no milk, only booze. If you’ve ever wanted to learn to MIG weld, solder electrical circuits, use angle grinders, lathes, or have a wacky invention you want to bring to life, you can drop in to MakeIt Labs and take advantage of all this neat stuff without burning down your own home. For example, here is a video of the fine folks in the lab using their industrial laser cutter to etch their burger meat. SCIENCE! 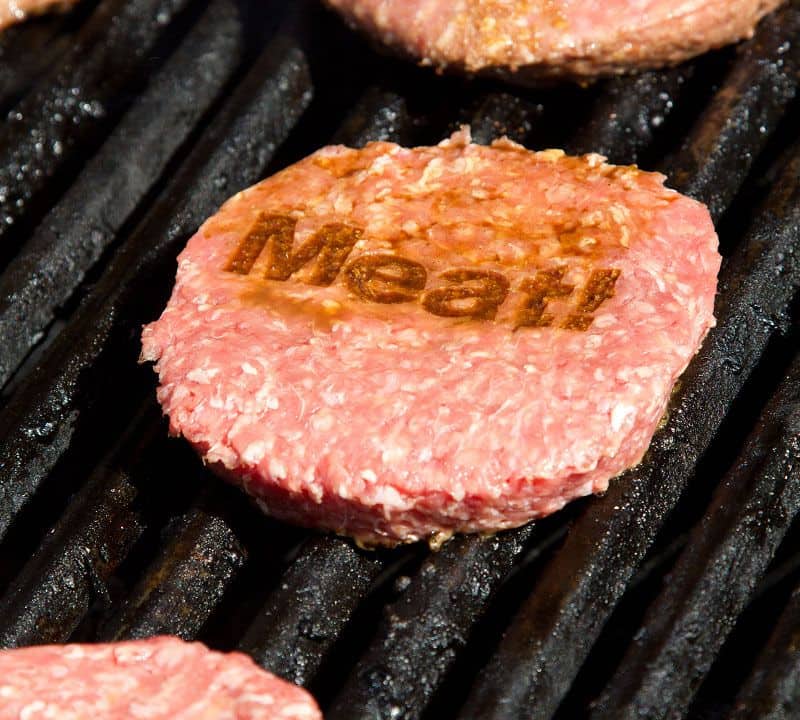 If laser burgers aren’t your bag, you can also warm up your food in the kiln. (You probably shouldn’t try this)

part of the MakeIt Labs workshop and available toys

Check out their website here for project videos and pictures, more info about the workshop, prices, classes, parties, or follow them on Facebook for pictures of their goofy projects and upcoming events. Do you know of a local workshop or similar venue that allows guys to drop in and try out crazy manly wrench banging and flame blowing? Contact us and tell us about it, so we can let guys around the country find the best place to go and make swords and Batarang projectiles and beer can crushers while sauced with a bunch of bros.