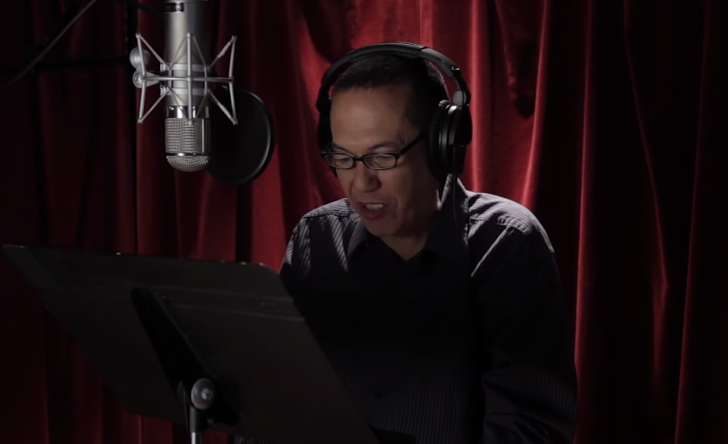 Every year, thousands of new books hit the market. Many of them are insightful or entertaining, and even if the story isn’t particularly well written, you won’t feel too bad having spent money on it. Then, there are books like E. L. James’ Fifty Shades of Grey.

You know him as one of the legendary actors in films like Problem Child and Aladdin, but his skills go way beyond that. Have a listen to this masterpiece.

I would like to say that Fifty Shades of Grey’s popularity surprises me, but it doesn’t. After the release and subsequent popularity of Stephanie Meyer’s Twilight Saga, well… nothing surprises me anymore. It’s becoming increasingly obvious to me that people will read just about anything (including my posts here at Unfinished Man), especially if the content is in any way controversial or sexually charged. Ryan Holiday is right… we’re living in an attention economy, and it takes more and more extreme acts to draw people’s attention. Where will that lead? Well, I expect we’ll see more and more shitty books, for one thing.

Whatever your feelings on the matter, I think we can both agree that listening to Gilbert Gottfried read the book is hilarious. I can’t help but picture the parrot from Aladdin, merrily reading harlequin novels the whole day long, as anyone in earshot cringes to themselves.