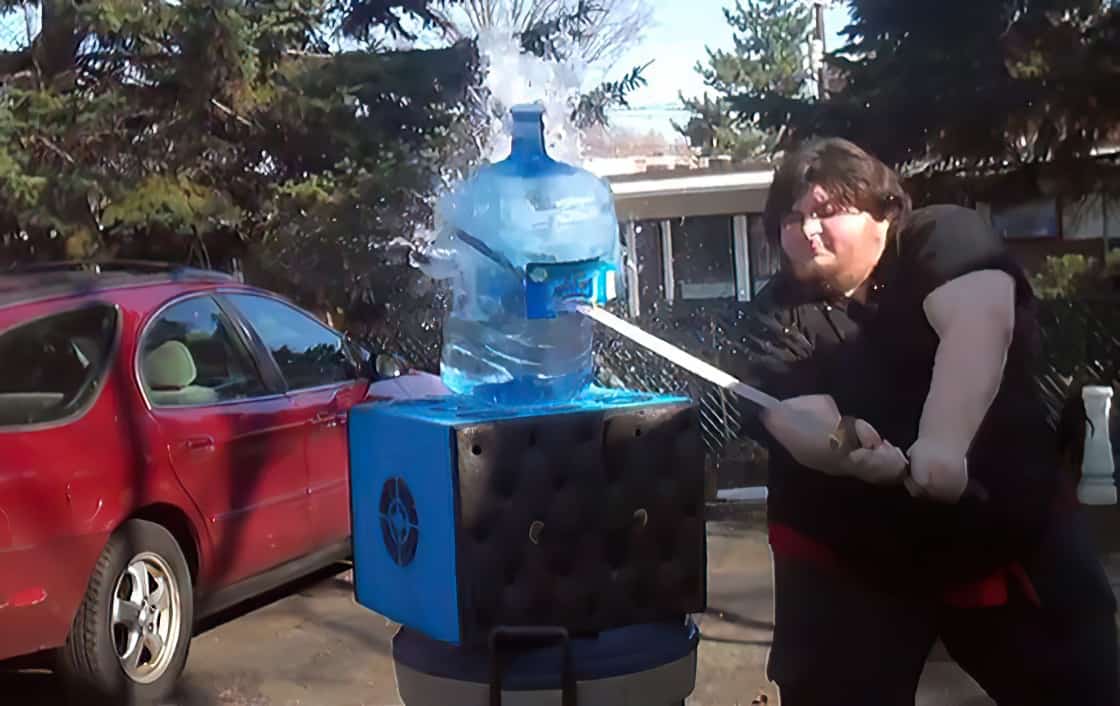 When it comes to guns, swords, bows, and other implements of violence and maiming, I (like many young boys) had my fair share of make believe. I would stage battles with friends, knees would be scraped, bruises would form, and it was a jolly good time. Then, I grew up a bit and eventually became an adult… an adult who does mature things, like slash people to ribbons in video games. Honestly, it’s completely different… you don’t even know!

So that’s why I have so much trouble writing about the type of video you’re undoubtedly about to watch. Videos that feature adults un-ironicaly playing with swords and bows, hacking plastic bottles to pieces. I can’t decide whether it’s incredibly sad, or if Will Keith – destroyer of plastic bottles, wrecker of worlds – really has the right idea. At the end of the day, is he nothing more than a fat guy with a katana?

Just a fat guy with a katana? Hardly. 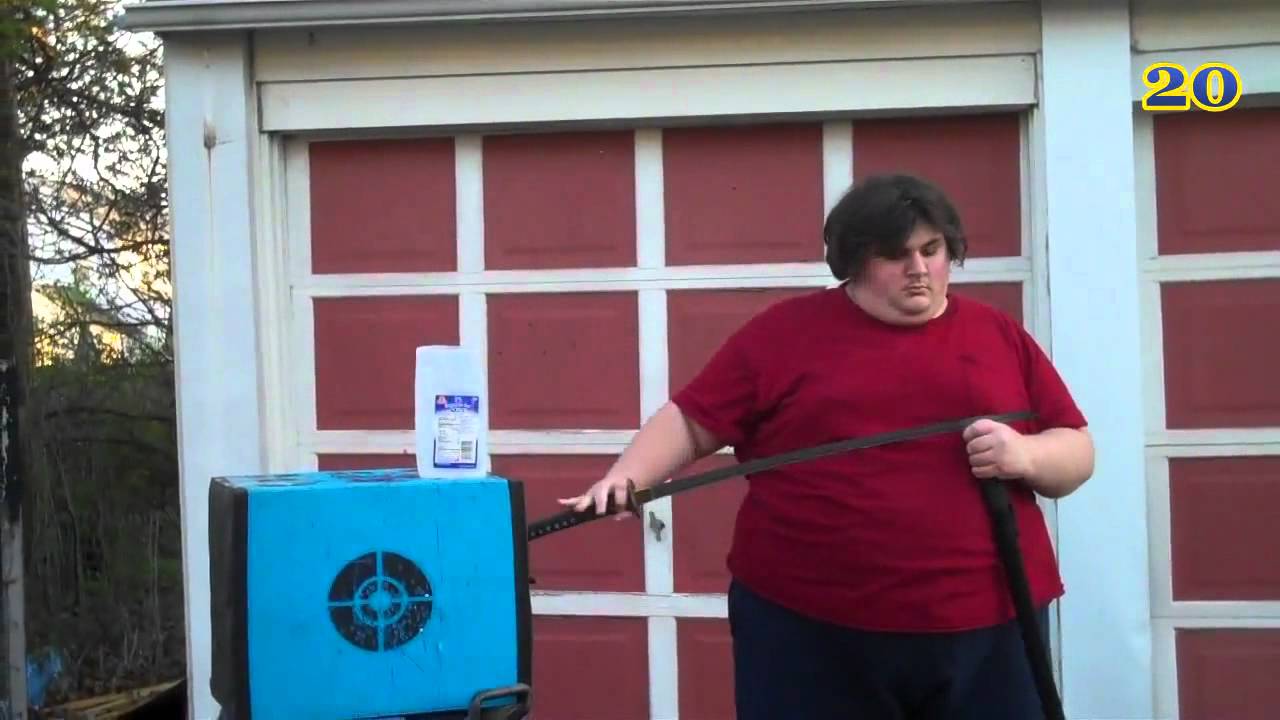 People like Will Keith are such an easy target, and it’s for that reason that instead of bashing his incredible girth, and what some may believe is completely hilarious and absurd behavior, I’ll focus on the great parts of this video. If you can get past the outer shell… the flesh… the incredible amount of flesh, even, then underneath it all is a strong bearded man who just wants to swing a Katana around, okay? Who of us hasn’t had this desire at least once? And by golly, Keith is doing it… he’s giving it his all, and set to a booming Two Steps From Hell track no less! 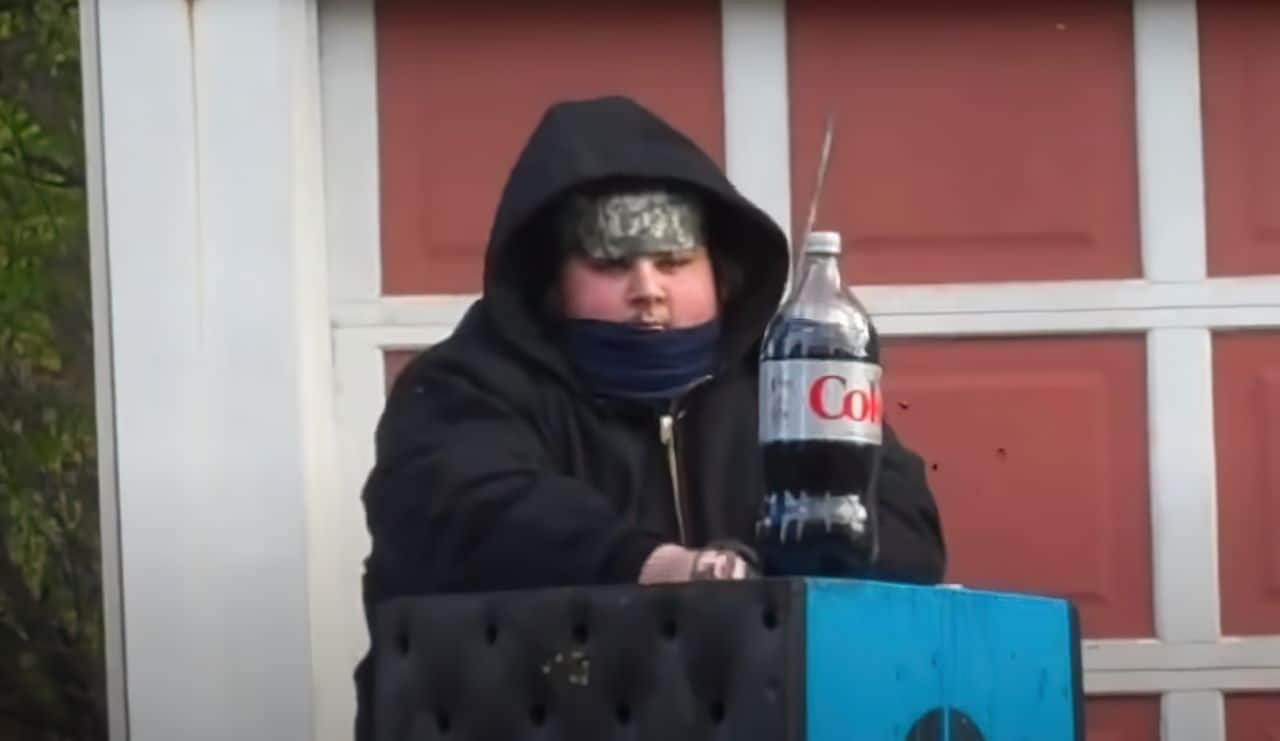 Keith, you may be a fat guy with a katana, and your katana strokes may be feeble, but in many ways you’re a better man than I am. You seem to enjoy what you’re doing a great deal, and for that my hat is off to you. Perhaps one day you’ll have your Harajuku moment and decide to take your health more seriously. You’ll exercise with the same gusto you use to swing those swords, and slowly but surely you’ll become not just a fat guy swinging a sword, but a handsome cool dude with a passion for pretending to kill things. Maybe leave the last part out on dates, though.