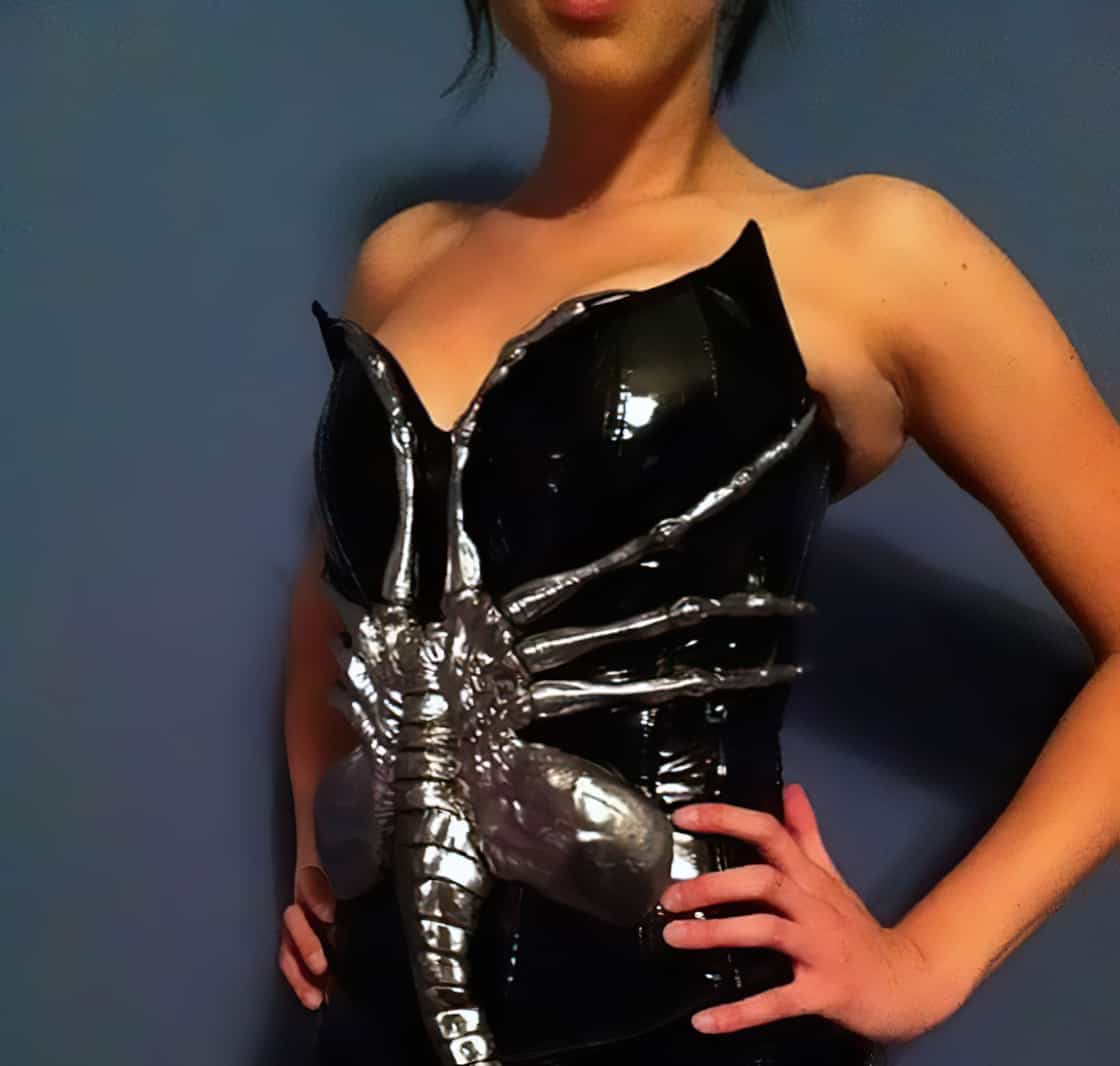 It’s not often that I write about women’s clothing. I write about women all the time, but when it comes to their clothes, I’m usually commenting on its non-existence. Today, though… I’m switching it up a bit, and for a very special reason.

If you’re a man or woman of reasonable levels of awesomeness, there’s a high probability that you’re a fan of the Aliens franchise. If you haven’t seen or heard of Alien, Aliens, or Prometheus, well… the door is right over there. The rest of you, though, stick around and enjoy these photos of a very unique looking Facehugger corset.

The Facehugger Corset of Awesomeness 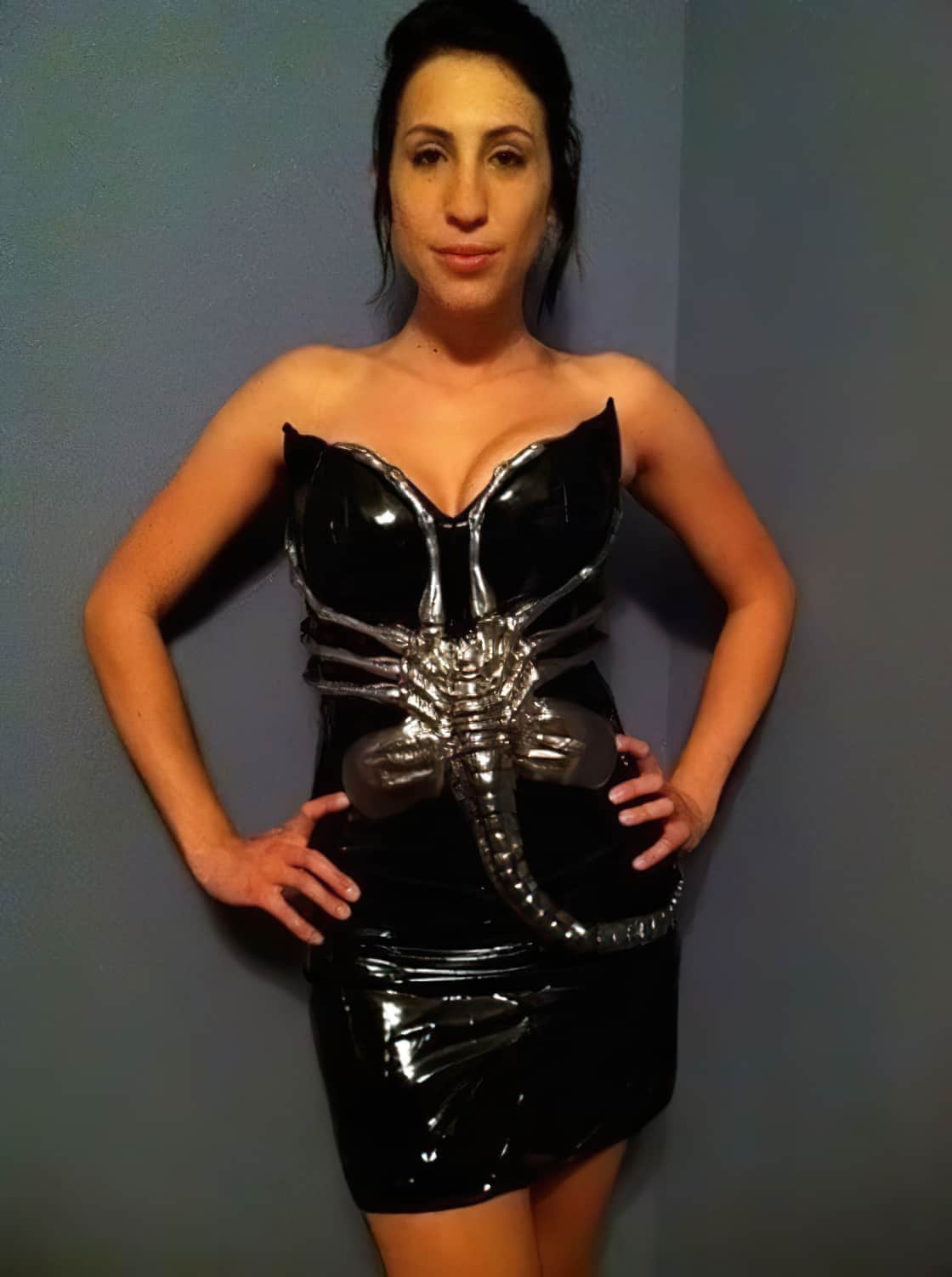 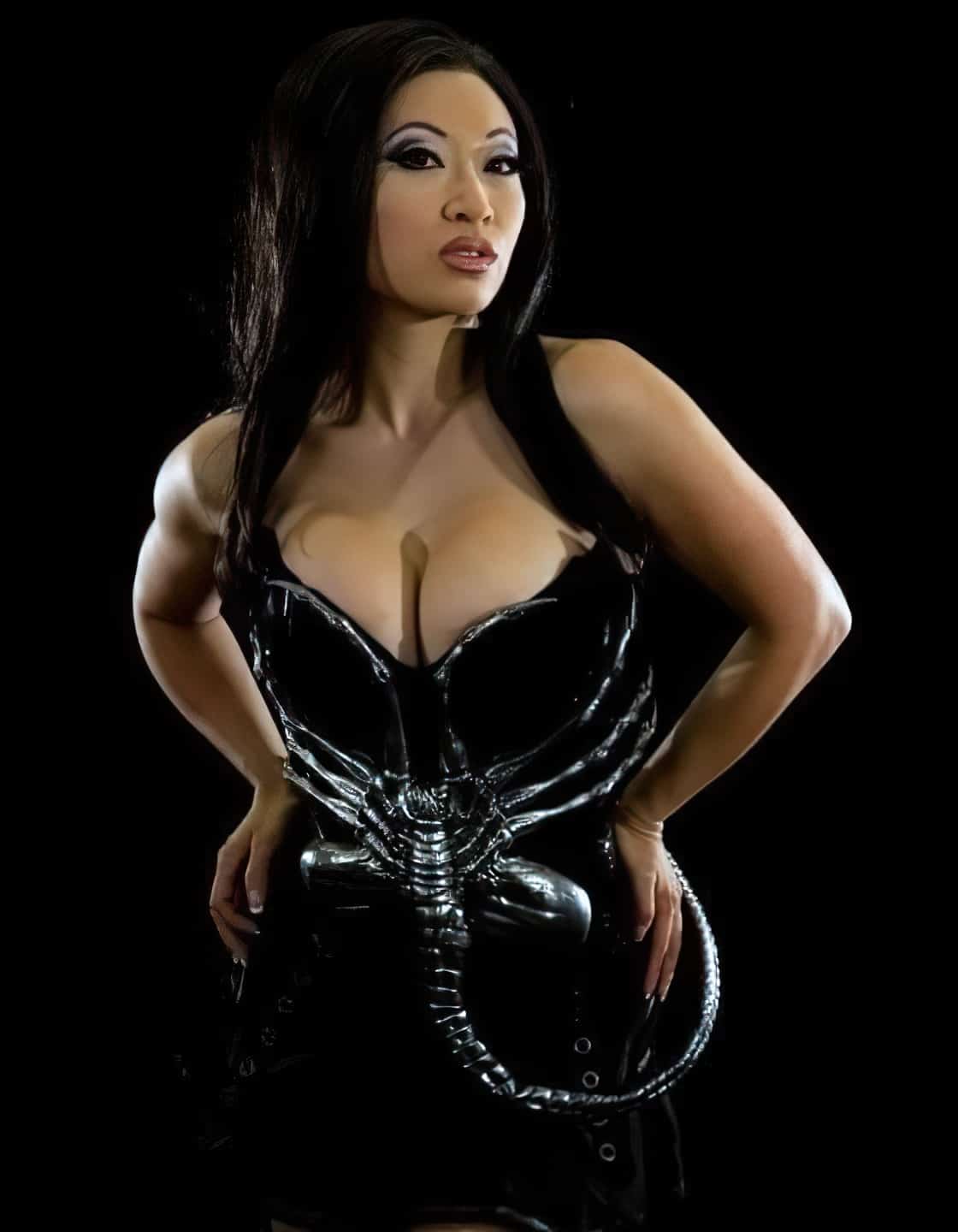 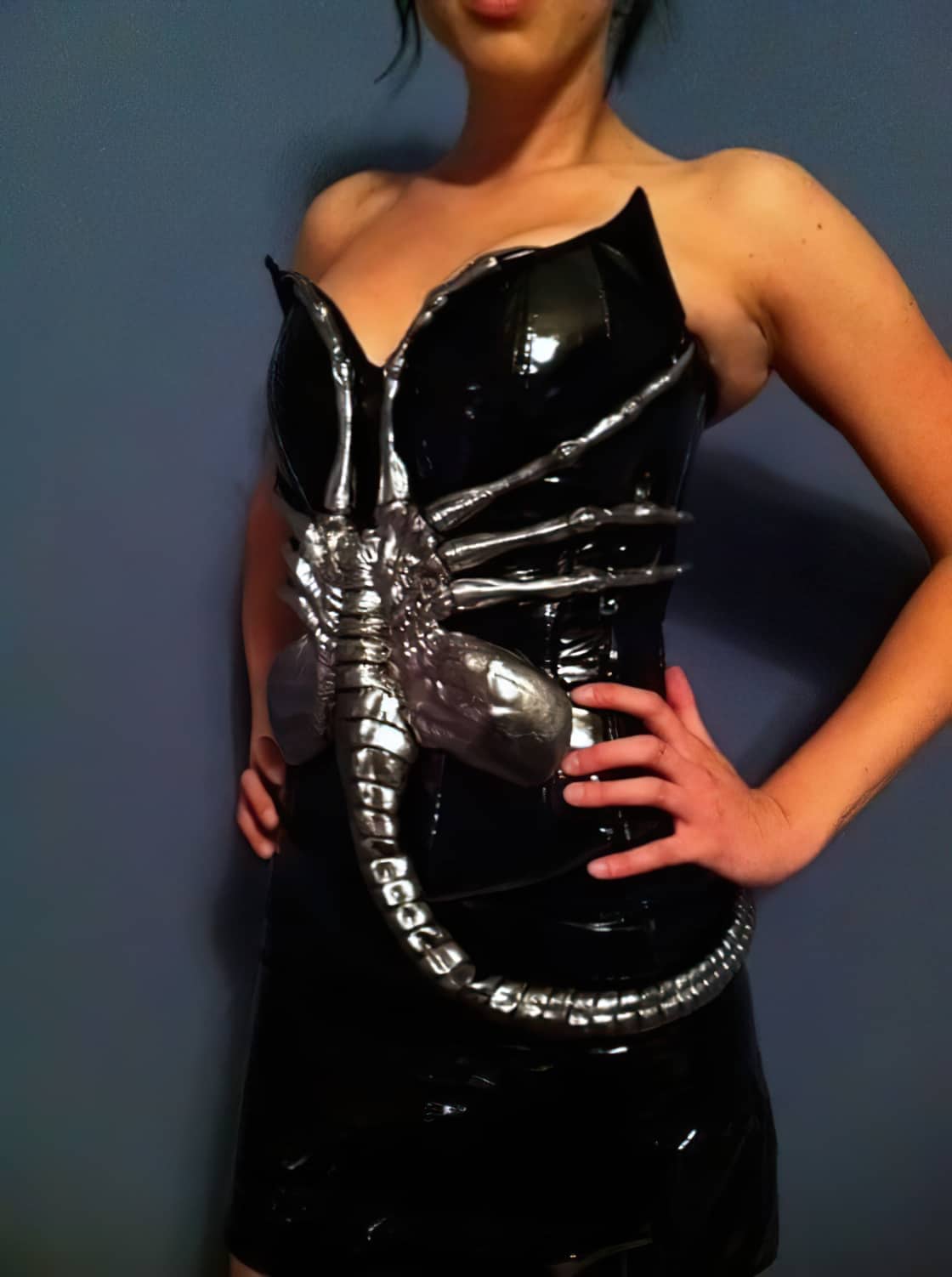 Now that… is a corset. I think it’s a piece of clothing that any woman would be proud of owning, well… at least in my fantasies. I mean, sure… it’s probably somewhat uncomfortable, and not even vaguely practical for anything but say, an outing to the H.R. Giger bar in Europe, but so what? Those are just minor details, and as we all well know, “high end” women’s fashion and comfort are at opposite ends of the spectrum.

Where Can I Get One?

That’s a wonderful question, and I can answer it – at least in part. Though Rage Custom Creations – the people who created this amazing corset and a slew of other movie inspired props and costumes – don’t actually have an official website, they do have a fairly active Facebook page. Now, they don’t sell directly through there either, but they do periodically put up Etsy listings, and if you’re hoping to snag one of these, your best bet is to become a fan and follow them.

I combed around to find a currently active listing, and unfortunately none exist. Based on the popularity, you’ll have to keep a sharp eye, and act quickly. Don’t worry, though… you won’t be competing with me. I would never buy one of these to wear around the house while my girlfriend is at work… nope, never.

2 comments on “Facehugger Corset – H.R. Giger Would Be Proud”