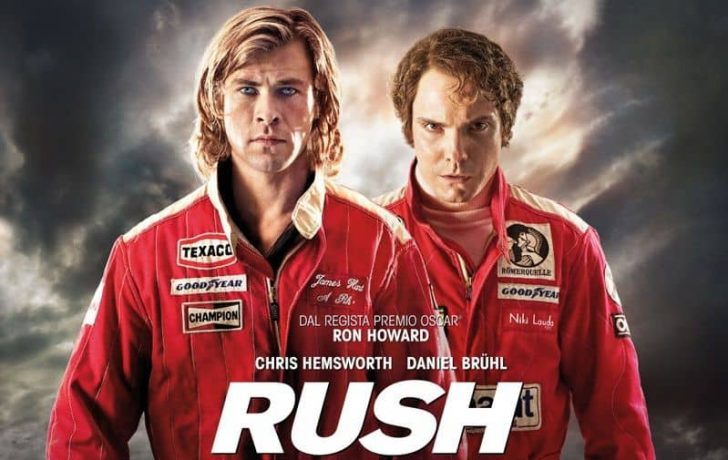 Experience Your Own Rush: F1 Cars For Sale

Writers and producers have been trying for years to find a way to faithfully retell the story of the 1976 Formula 1 World Championship, featuring the rivalry between British playboy James Hunt and the Austrian perfectionist Nikki Lauda. The screenplay which finally charmed Lauda was Peter Morgan’s Rush, which has just hit cinema screens across the globe.

The critics have been giving rave reviews to Ron Howard’s film – not just because of the strong acting performances from Chris Hemsworth and Daniel Bruhl, but due to the jaw-dropping racing scenes he has managed to recreate, capturing the excitement, danger and above all, speed, of F1.

The film’s producers scoured the globe for the original 1976 F1 cars, schmoozing racing associations, engineering firms, ex-drivers and private owners to borrow as many of the vehicles as possible. Some replicas had to be made to pad out the grid, but a remarkable number of originals were found, tuned by former F1 mechanics and sent out to race once again. They still exist because they are, to those with a passion for F1, works of art to be preserved and admired by future generations. Some of them can be worth a pretty penny, too: Juan Manuel Fangio’s 1954 Mercedes-Benz W196 recently sold at auction for a staggering £17.5 million.

Yet you don’t need to be a billionaire to secure your own slice of F1 history. Inspired by the old-school wheel-to-wheel thrills of Rush, our friends at used car dealers Evans Halshaw have put together a list of F1 cars that you can actually buy, in case you’re inspired to spend your savings – and then some – indulging a need for speed…

1961 Vanwall VW14: Price on enquiry with Hall and Hall

This Vanwall is from the early days of F1, when safety considerations were pretty much irrelevant in the search for speed. With a 2.7-litre rear-mounted engine, it has that ’60s bullet shape which made the cars look like a jet engine on wheels. This car was driven by the legend John Surtees, the only man to win world championships on both two and four wheels.

In 1966, the Lotus team introduced the 48 – F2 with its ‘secret’ Ford FVA engine. The brainchild of Lotus’ design pioneer Colin Chapman, it was light and supremely powerful, and was driven by F1 legends Graham Hill and Jim Clark.

This 1979 Tyrrell driven by Didier Pironi achieved modest success in 1979, but a full ground-up, historically faithful restoration in 2008 has left this monster race-ready, competing regularly in the Historic Grand Prix series.

After two successive F1 Drivers’ Championships with Benetton, Michael Schumacher moved on to Ferrari for the next phase of his career. While Schumi set about restoring the Prancing Horse to its former glory, Gerhard Berger and Jean Alesi got behind the wheel of the B196, finishing just two points behind Ferrari in the Constructors’ Championship, as Williams dominated.

After winning the F1 Constructors’ Championship in 1997, Williams went off the boil in 1998, before slumping to fifth in the standings with this 1999 car. The FW21 driven by Ralf Schumacher features the short-lived red and white livery, and while it wasn’t the best car Williams ever made, it’s still one of the fastest cars your money can buy.

Does the name Toleman ring a bell? It wasn’t an exceptional car by any means, but the TG184-2 is one of the most significant in F1 history. It was designed by Rory Byrne and Pat Symonds, but what really mattered was that behind the wheel was a young rookie by the name of Ayrton Senna. You can own this car driven by Senna – the very one he drove to an astonishing second place in torrential rain at that year’s Monaco Grand Prix. A true slice of F1 history, you can bet this one will cost a pretty penny.