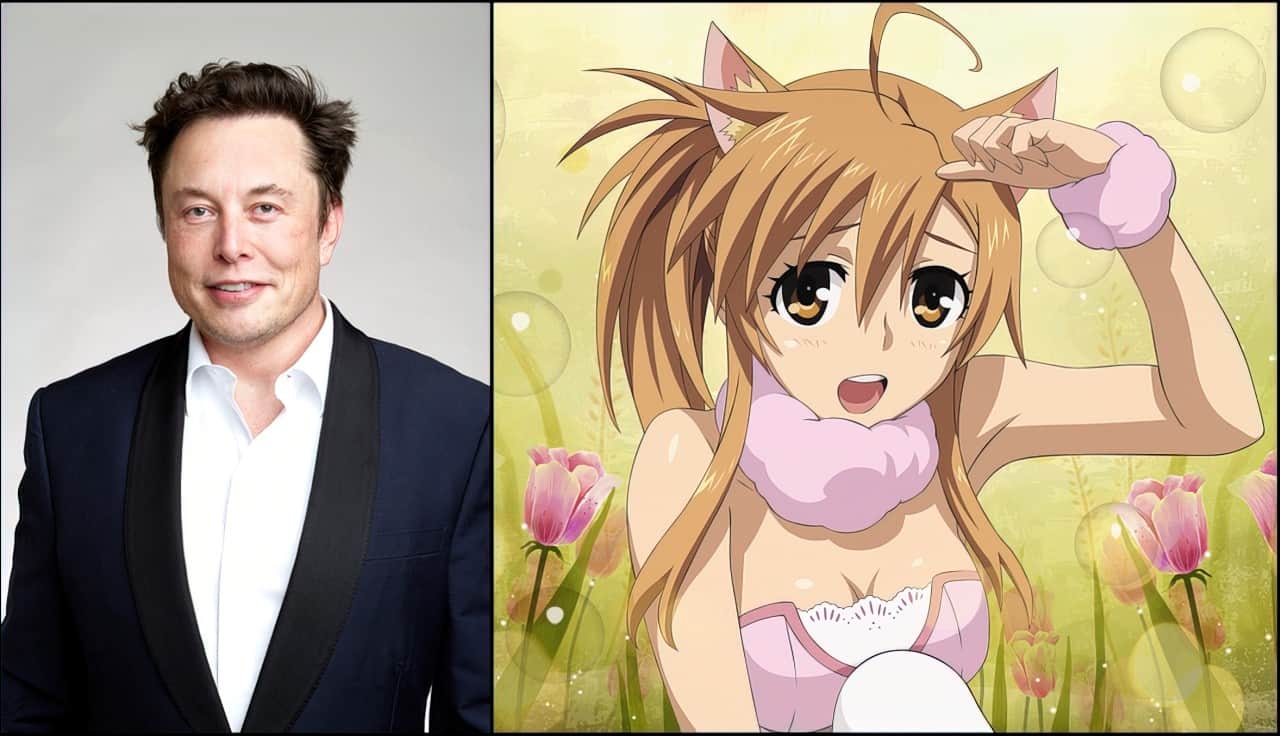 You honestly don’t want to know, but since we’re already a dozen words into this and you’re still reading, prepare for the worst/best (depending on your stance on anime characters). A catgirl is a female kemonomimi (a humanoid character that possesses animal-like creatures) with cat traits that we don’t need to go into.

But we will. Common features of a catgirl are cat ears, a cat tail, or other feline elements on an otherwise humanoid body. Catgirls are featured in various Japanese anime and manga and are infamous for the cute look that makes men want to protect them. (Un)fortunately, though, catgirls don’t exist, much to the dismay of many ordinary guys. That’s where Elon Musk comes in, and he’s got something for these creatures.

Has Elon been hacked?

An interesting question. Also, no, he hasn’t. Considering all the memes he now posts on his Twitter, it may look like a crazed lunatic, but it’s certainly him. His interest in catgirls is odd for sure. However, he’s a billionaire and can do whatever he wants. Elon hasn’t been hacked; he ascended to God-tier meme level, and the world needs to keep up.

Elon Musk is well accomplished at 49 years of age, founding X.com in 1999, which later became PayPal, SpaceX in 2002, and Tesla Motors in 2003. Becoming a multi-millionaire is as easy as selling your startup company (probably called Zip2) to a division of Compaq Computers because that’s exactly what Elon did in his late 20s. He has since moved to more significant, more important, and revolutionizing adventures, namely turning catgirls into a reality.

Can a genetically engineered catgirl exist?

Uh… sure. It must be possible until proven otherwise, supposedly. Not so long ago, the Internet was a foreign concept, yet here we are – you’re literally on it right now. So you can bet your bandwidth that Elon Musk’s catgirls are coming, and they are coming in waves. With one of the world’s leading pioneers of technology working on this case, it’s almost guaranteed that we will likely have catgirls living among us within the next month or a million years. For sure, probably.

Technically, catgirls may not be possible right now. Although bioengineering can splice different creatures’ DNA together, humanoids can be spliced with cats to create the ultimate evolutionary phenomenon: Elon Musk’s catgirl delight. When done right, we should be able to get the desired features onto humans, such as the cat ears and tail.

Other methods could work, such as designing a custom creature from scratch instead of splicing or surgery. With the latter, it may not be easy to get functioning ears and tails, but their existence is definitely on the horizon. So we’ll have to see what Elon has in store for us since he’s the catgirl mastermind, and this is sworn to be one of his top priorities.

Where did this all come from?

Elon Musk’s catgirl interest has undoubtedly derived from his renowned interest in anime and revealing himself as a true woke weeb after having many anime profile pictures. This also instantly makes him extremely good at video games. It just does, don’t question it.

The CEO of Tesla brought up robot Catgirls and many other robot-related topics during a TED interview with legendary Chris Anderson, the director of TED, suggesting that a humanoid robot could be the best romantic partner.

Here’s a video of the head of TED trying to take this all in:

I mean, who doesn’t want a Catgirl robot? That’s the kind of robot friend I would love to have! So hopefully, we see a Cat Girl announcement with a definitive release date during a future Tesla update. Maybe even as a particular version of his upcoming “Optimus” robots.

Where is this going?

Catgirls were very common in the 1990s and have been featured in various media worldwide. Some themed conventions such as Nekocon (‘neko’ means ‘cat’ in Japanese) even occur nowadays. The subculture is only growing as more people discover the wonder of catgirls and is destined to become a culture. With Elon Musk leading the charge in artificial intelligence and catgirls, there is little to no resistance to this cultural sensation sweeping the world slowly but surely.

Many have petitioned for anime to become a reality, as animation has many more possibilities than real life. Your limits go as far as your mind can wander – and for many, the introduction of catgirls into physical existence can only blow said mind to smithereens.

Cocoon Tree Tent – Like a Tree House But Better