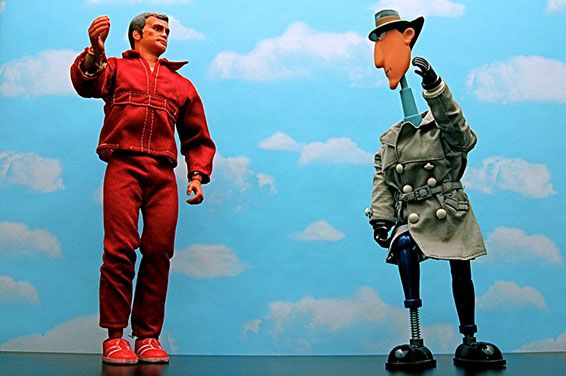 When it comes to matters of health and fitness, I’m a bit obsessed. I research, I self-experiment, and I’m always looking for new ways to make myself faster, stronger, and smarter.

You see, I was a rather sickly child. Not a month went by where I didn’t catch a cold or other ailment, and as I grew older, the problems never really diminished. I’ll spare you the details, but suffice to say, after a bad bout of pneumonia that left me with an IV in my arm for a week, well… I started taking my health more seriously. I started working out, I started eating Paleo, and to help speed things along, I found a few useful supplements to increase my physical prowess, and keep my mind sharp.

The Trifecta of Awesome Supplements

Today I’m going to share with you 3 inexpensive and highly effective supplements that I’ve been taking for a number of years now. I’m going to try and spare you the marketing bullshit – as there are already mountains of that elsewhere if you want it – and instead give you a brief explanation of why I take them, and what my personal experiences with them have been.

I started taking creatine monohydrate about a year ago after having read numerous articles from Tim Ferriss, a personal hero of mine, and the king of self-experimentation. He suggested that taking around 5 grams per day would increase a person’s strength, and in my experience that’s true. In addition, it’s also been shown to increase memory recall and cognition. Creatine monohydrate is very easy to come by and can be found at many different supplements sites such as Muscle Rage.

I primarily take it as a cognitive supplement, but as a climber, I’m certainly not complaining about the strength or size gains. Yeah, that’s right… forgot to mention that one; most people put on about 7lbs worth of water weight while taking Creatine. Though I cringe to say this, yes… it’s true, it will make you look a bit more “swole” for the ladies. Given how bloody inexpensive the stuff is (around $10 for a few months supply), there’s really no reason not to take it.

I’m not one to take vitamins. I believe that they’re mostly useless, and that you should be getting most of your nutrients from food. Having said that, Vitamin D is one of the few “vitamins” that I actually take every day. Why am I calling it a “vitamin”? Well, it turns out that Vitamin D isn’t actually a vitamin at all, it’s a hormone.

I started taking Vitamin D years ago after learning just how many aspects of the body it helps regulate – everything from appetite, to sleep, to balance. If you’re interested in learning more, this is a good place to start, and if I’ve already convinced, I suggest going with liquid Vitamin D instead of taking it in pill form. Absorption is far better that way, and it’s more cost effective too.

As you may have read from this interview some time ago, I’m a big fan of smart drugs, also known as Nootropics. In particular, I have a soft spot for Piracetam, one of the oldest nootropics on the market. I like it because it’s extremely inexpensive, and it does wonders for my memory, cognition, and sense of well being.

As an added “side effect”, it tends to potentiate the effects of alcohol, meaning that you won’t have to drink as much to feel the same effect. You’ll probably even feel better the next morning, as Piracetam tends to retard against hangovers when combined with a reasonable regimen of drinking water while you drink your, uh… other drinks.

If you’re looking for further information on any of the three supplements I mentioned, don’t hesitate to leave me a comment below and I’ll try and point you in the right direction. If you have any other supplements you believe I should add to the list, please leave me a message as well. If you want to argue with me, that’s fine too, but please keep it civil!

(Photos by JD Hancock and Maicon)

2 comments on “Creatine and Beyond – Inexpensive Supplements to make you Faster, Stronger, and Smarter”