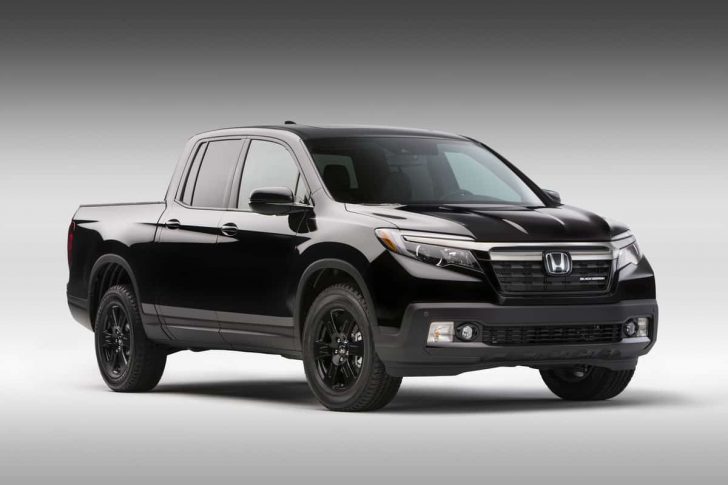 Sports Utility Vehicles is a very popular segment in the automotive world, it started becoming very popular in the 1990’s and hasn’t stopped growing since. We’re all familiar with these SUV’s, but did you know there is a thing called “SUT”, which stands for Sports Utility Truck, and is made by Honda? The SUT in question is the Honda Ridgeline, which is combination of an SUV and a truck, kind of like “business in the front, party in the back”.

The Honda Ridgeline was first introduced in 2005 as a 2006 model, it was on sale until 2014. It took a break for a couple of years and a new second generation Ridgeline was introduced this year as a 2017 model. The new Ridgeline, just like the old one, has a unibody construction, but the second generation Ridgeline looks a lot more like a truck than an SUV with a truck bed. The 2017 Honda Ridgeline is heavily based on the new Honda Pilot, the two vehicles share a lot of components and they do look similar, at least at the front. 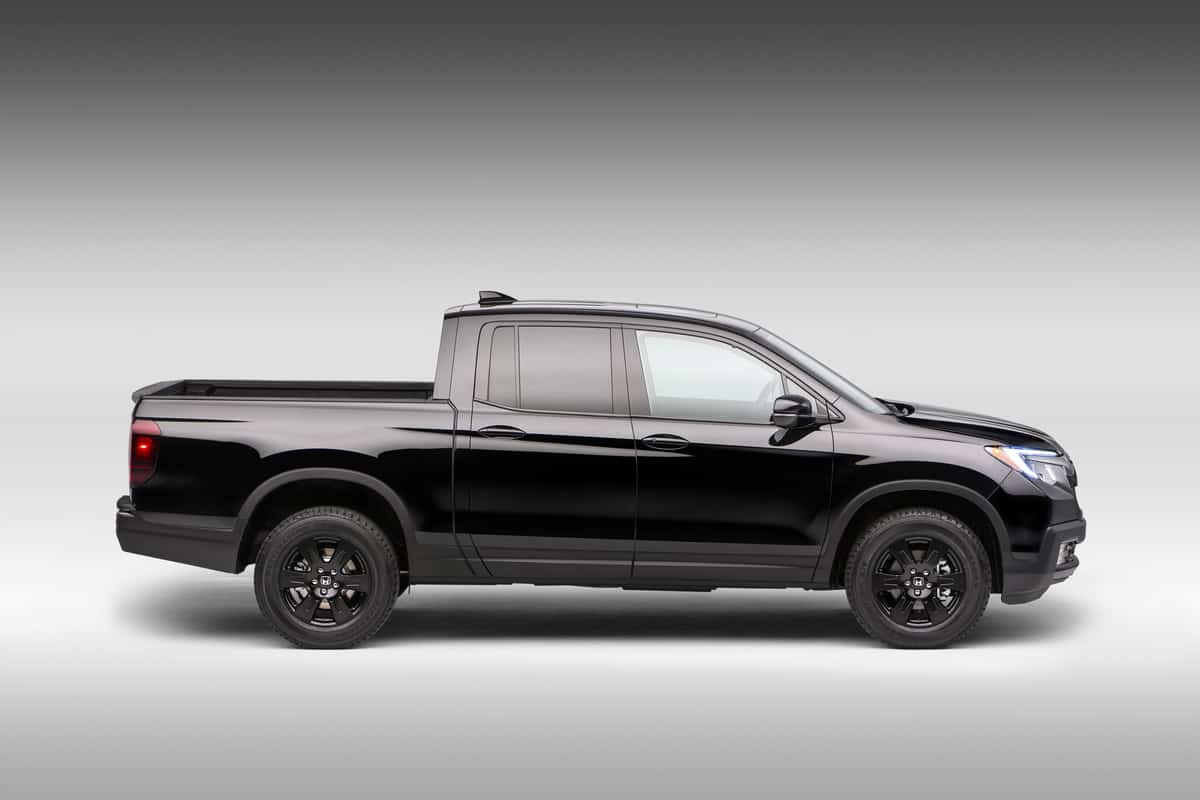 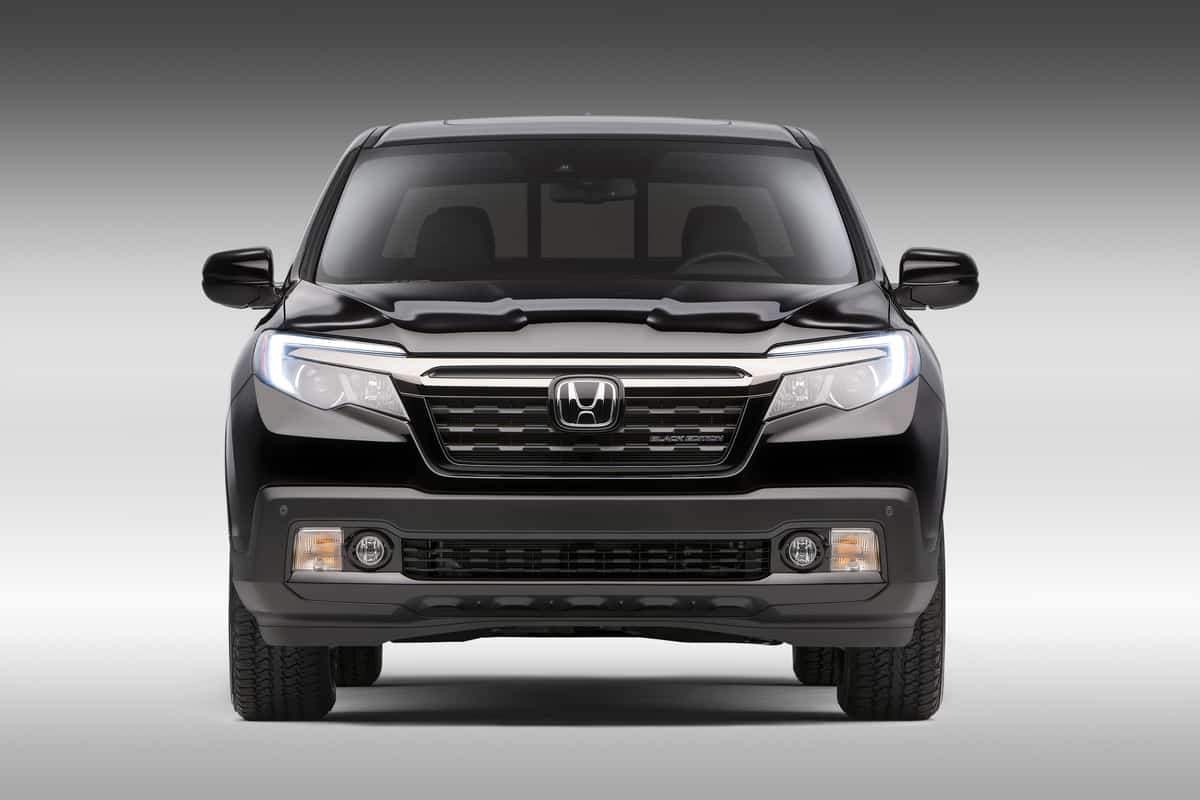 All five trims of the 2017 Honda Ridgeline come with a 3.5 liter direct injection V6 engine (shared with the Pilot), producing 280 horsepower at 6,000 rpm and 262 pound-feet of torque at 4,700 rpm. Power is sent to all four wheels via a 6-speed automatic transmission.

According to Honda, the Ridgeline doesn’t necessarily compete with other trucks, it’s an option for a Honda owner that needs a light-duty truck. With that in mind, the 3.5 liter V6 has enough power for light loads. I personally don’t tow or haul stuff and didn’t put anything in the car, other than myself and the occasional passenger, I found the power to be more than enough for city and highway driving. The Ridgeline accelerates quickly and highway cruising and passing is a non-issue.

However, if you do need to tow something, the Ridgeline can tow up to 5,000 pounds and can carry a maximum payload of 1,584 pounds. These numbers are good for someone that uses the Ridgeline as a daily driver, which is what most people would use this truck for, and uses it occasional fishing or camping trip.

There’s a huge difference in the styling between the first and second generation Ridgelines. The new truck looks a lot more like a light-duty truck, the previous generation Ridgeline looked quite awkward. The side panels of the bed on the new Ridgeline are much lower, like a truck, which makes it easy to load items into the bed from the sides.

All trims come with 18” wheels, our “Black Edition” came with blacked-out wheels and blacked-out out front chrome grill, hence the name. The top trims of the Ridgeline come with LED daytime running lights and LED projector headlights with auto high-beams.

The tailgate, in addition to opening like a conventional tailgate, can also be opened like a door, swinging sideways, which is unique for a truck and could come in handy for some loads. The Ridgeline also comes with a pretty good sized hidden compartment/trunk at the back of the bed. This compartment can be used to store quite a bit of stuff and can also be used as a cooler, as it comes with a drain at the bottom. 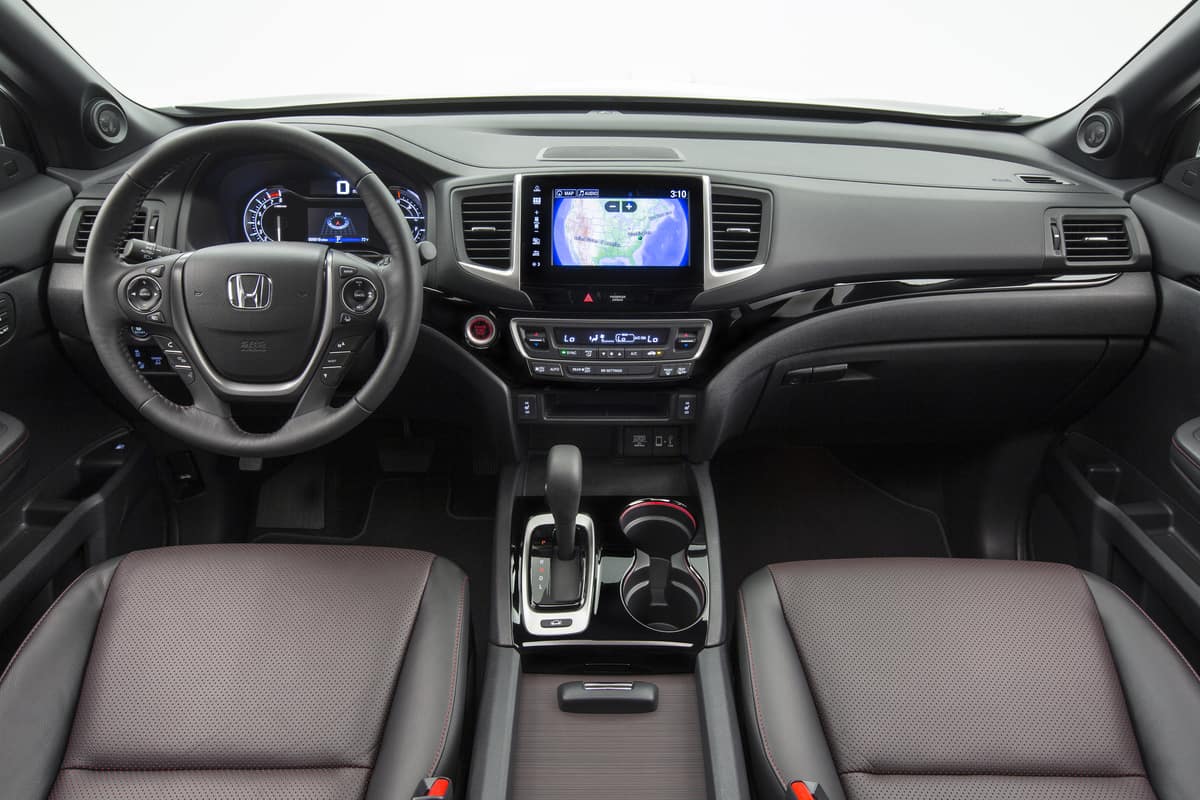 The 2017 Honda Ridgeline’s interior is almost identical of the Pilot’s, with the biggest difference being the traditional lever on the Ridgeline, while the Pilot uses buttons to select gears.

The new interior is a massive improvement over the first generation Ridgeline’s. There is a lot of soft-touch material and the overall quality of materials is top notch. The layout is very easy to understand, with the 7” touchscreen commanding most of the attention in the cabin. The touchscreen is used for various features like navigation, entertainment, and backup camera. The gauge cluster has a 4” TFT screen between the speedometer and tachometer, which can display various sets of data like fuel economy, trip computer, navigation directions etc.

The interior is also very quiet and well insulated, just like the Pilot. There is plenty of room for the front passengers, the rear had enough leg room for me (5′ 8”) but I found the seat backs to be too vertical, unfortunately they can’t recline.

The rear floor is flat and the rear seats have room under them for storing smaller items, and can fold up to give you extra to carry larger items. This is the same type of seating system found on the Honda Fit, called “Magic Seats”.

For more information on the 2017 Honda Ridgeline, check out honda.ca.

Originally published on October 24, 2016 in Cars