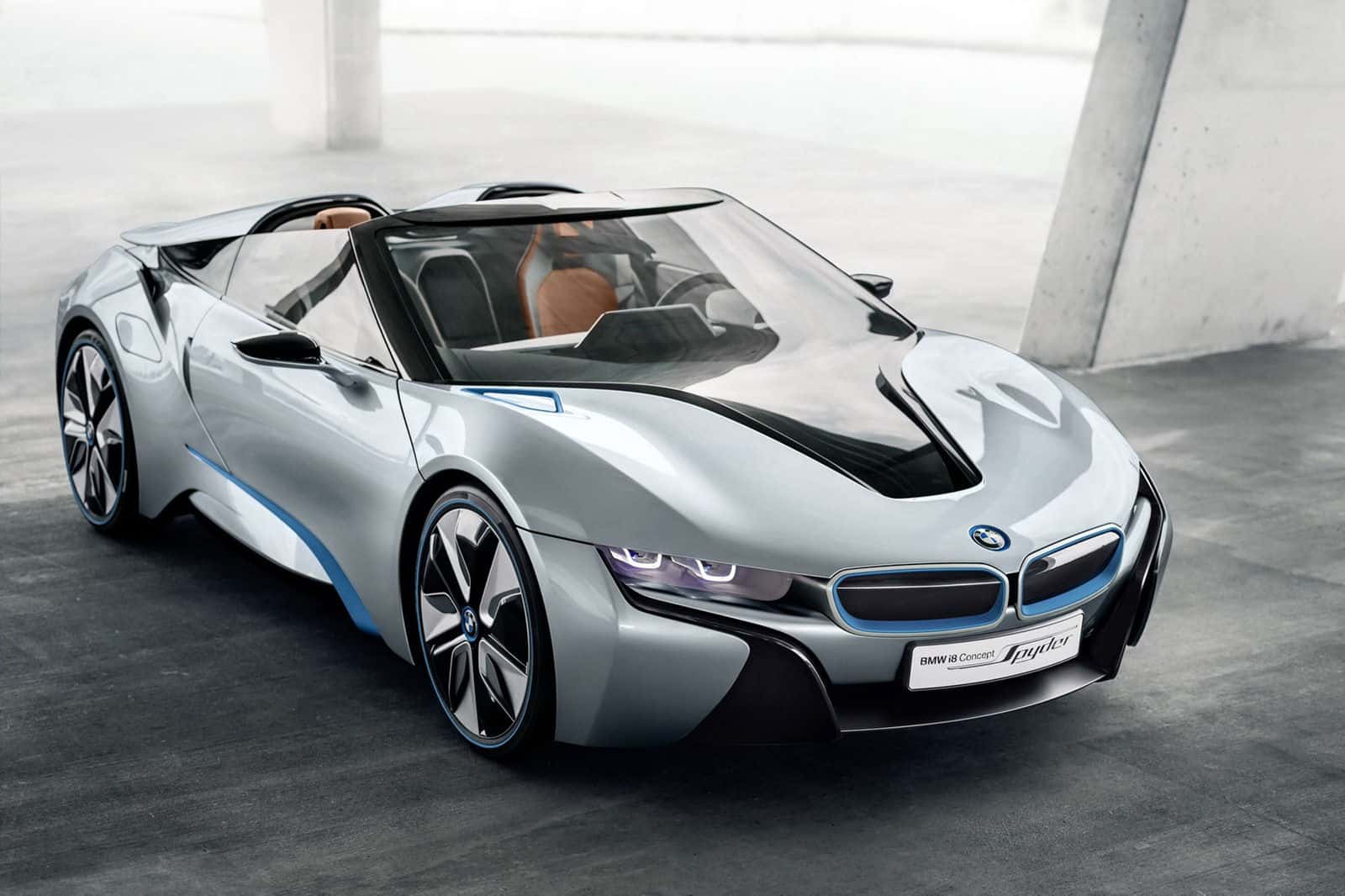 The “green movement” has fully taken hold of the automotive industry with most car makers producing some sort of a hybrid vehicle nowadays and lately we’ve seen quite a few sports cars that are all-electric (Infiniti Emerg-E) or use hybrid technology.

Not to be left behind, BMW joined the green car movement with the i8 Coupe which was showcased last year and now they’ve introduced the BMW i8 Spyder concept.  Unlike the Infiniti, the i8 Spyder is a plug-in hybrid, based on the i8 Coupe, with an electric and a gasoline engine. 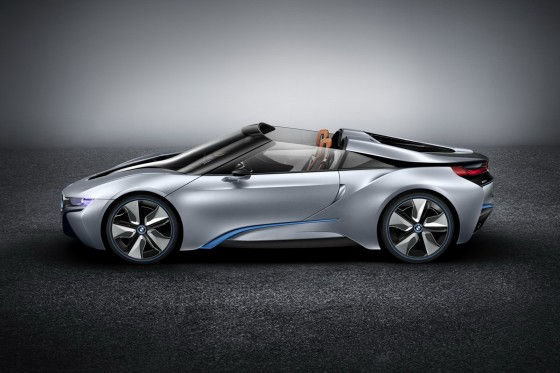 The i8 Spyder can be driven using the gasoline engine only, electric engine only, or both engines simultaneously.  When both engines are used to move the car, the aggregate horsepower is rated at 349 and max torque is 406 pound-feet. 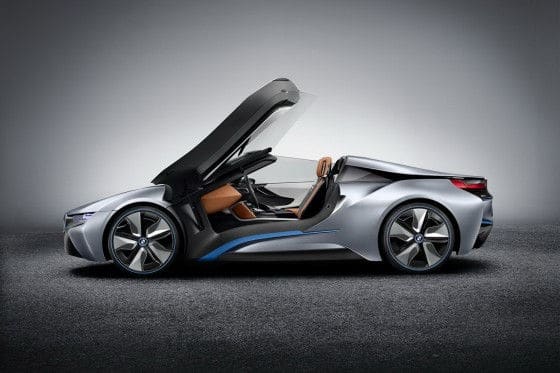