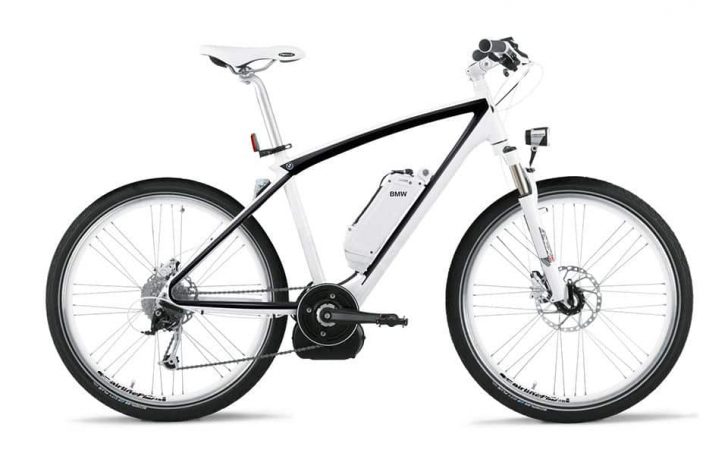 BMW is always expanding their portfolio of products; last year they introduced a couple of electric cars (the i3 and i8 concepts) and now they’ve added an electric bicycle to their product lineup, called the BMW Cruise electric bicycle.

The BMW Cruise e-bike is not like other electric bicycles, the electric motor is only there to assist the rider and not to drive the bike in “electric mode only”.  Nevertheless, it should still make it easier for those that use bicycles on long commutes.

The BMW Cruise electric bike comes with a 250 Watt electric motor that helps the rider to a speed of 25 km/h with a range of 85 kilometers.  The bike comes with four modes of assistance: Eco, Tour, Sport, and Speed/Turbo; these modes can be chosen on the display screen which also displays the battery life and speed of travel.  The lithium ion battery pack is placed by the pedals to lower the center of gravity and the entire package weighs 24 kilograms.

BMW didn’t provide pricing information on the Cruise e-bike, but the non-electric version of this bike is currently sold for €900 (about $1,200 US), so expect the electric version to be quite expensive.  The Cruise e-bike will initially only be available in Germany with a production of 1,000 pieces; BMW plans on selling the bike in other markets at a later date.  Via: BMW