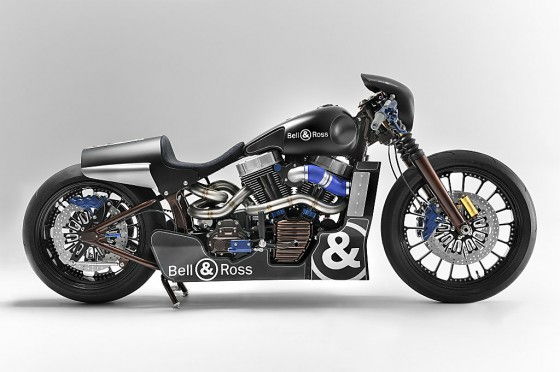 Known for their watches, Bell & Ross have teamed up with motorcycle makers Harley-Davidson for a one off (hideous-looking) custom bike.  With this bike you get worst of both worlds: Bell & Ross make some pretty ugly watches and Harley-Davidson is still fooling people into buying 1950’s technology.

The one-off motorcycle is based on the Harley-Davidson FXSTB Softail Nightrain and is designed to look like a café racer.  It features a Bell & Ross watch planted on the fuel tank on top of a machined piece of aluminum.  Since this an H-D bike, plenty of vibration is to be expected, which should keep the Bell & Ross watch wound at all times, if it’s an automatic piece. 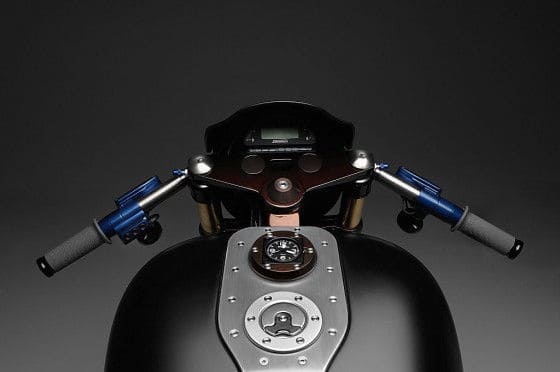 The Bell & Ross Harley-Davidson bike receives a custom paint job with anodized blue and matte black to give it the B&R watch look.  The bike was premiered at the London International Bike Show and will be shown at various bikes shows in the upcoming months. 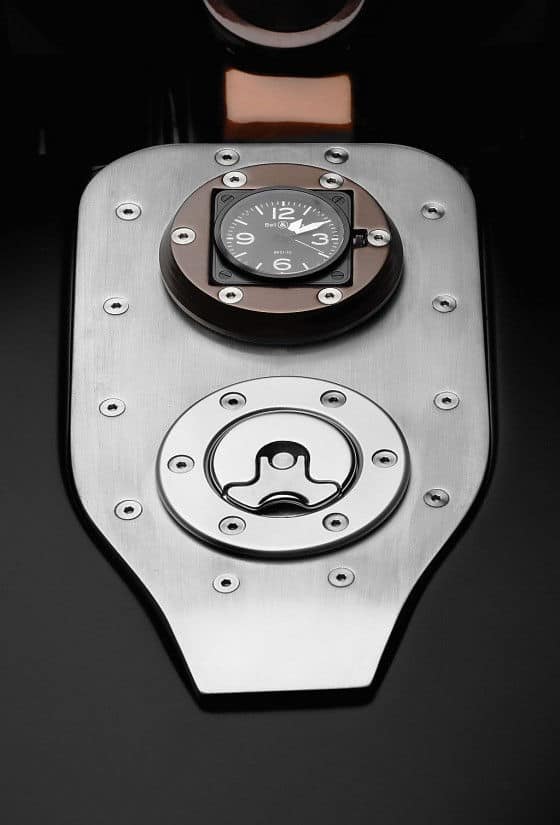