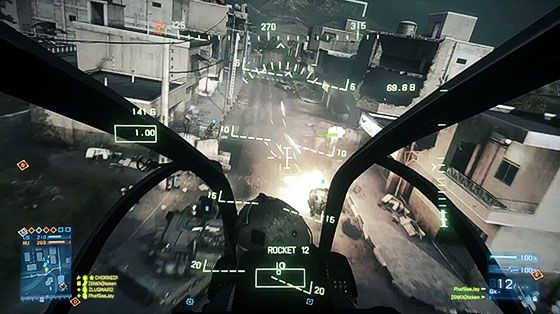 The release of Battlefield 3 has come and gone, but the community surrounding the game is as strong as ever. DICE, in their infinite wisdom, is continuing to support the title through patches as well as a brand new expansion called Return To Karkand.

This new Battlefield 3 trailer features the Sharqi Peninsula map from the expansion. This map, along with 3 other maps and a slew of new weapons, comprise the monster update that was recently released for the game. The combat looks as frenetic as ever, and the Sharqi Peninsula itself looks super slick. I realize how strange this sounds, but I like the addition of taller buildings in the expansion. I believe they’ll add an increased sense of scale to the maps that feature them.

The other new maps are: Strike At Karkand, Gulf Of Oman, and Wake Island. For those of you that are long-time fans of the Battlefield series, you’ll probably recognize at least a few of the names. All of these maps are updates of popular classics from the franchise.

See you on the battlefield!