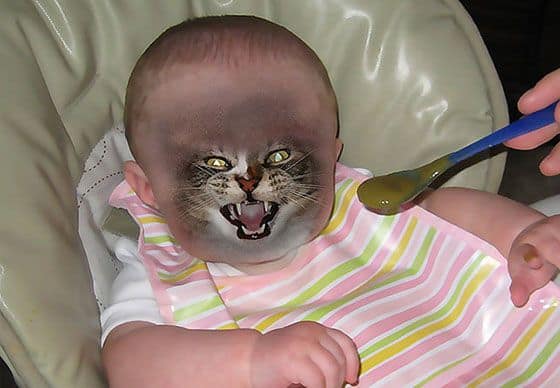 Over the last few months I’ve come to a sickening realization. Where once the internet was full of cool stuff – such as videos of bears playing hockey, and people spraying liquid cheese out of places that should never spray liquid cheese – it has now become a dumping ground for both cat and baby photos.

All over the internet, from Facebook to internet forums, there are pictures of cats and babies. People ooo and awww at them, making the disgusting creatures “talk”, despite the fact that both the cats and babies have little or no capacity to actually do so… especially the cats. Mamma… I’m thirrssstyy…  I’ll read, and I’ll think to myself, there’s absolutely no way that cat just said that, because cats can’t. fucking. talk! But what can we do?

I was going to start off by telling these people “if you love your cat and or baby so much, why don’t you marry it?“, but have instead decided to do something a lot more constructive. Since everyone is so enthralled by the sight of cats and babies, I’ve combined the two into even more lovable creatures. 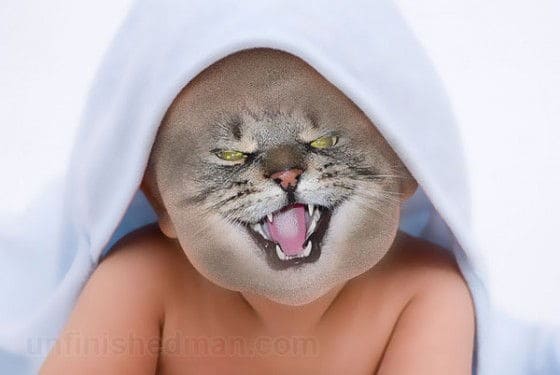 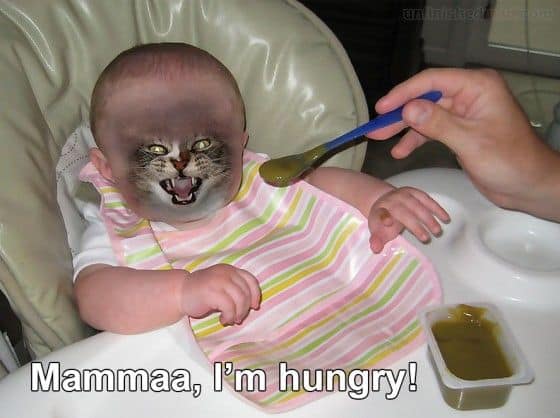 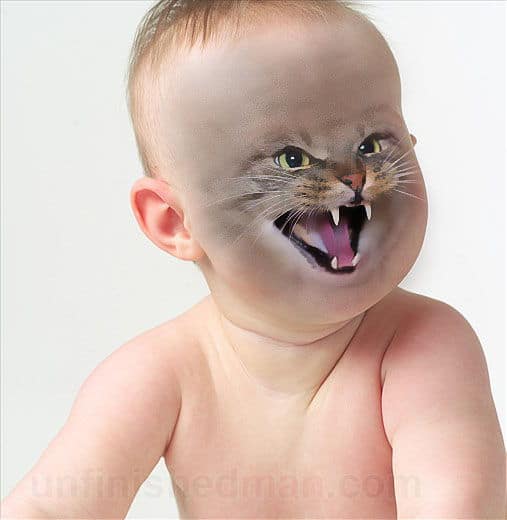 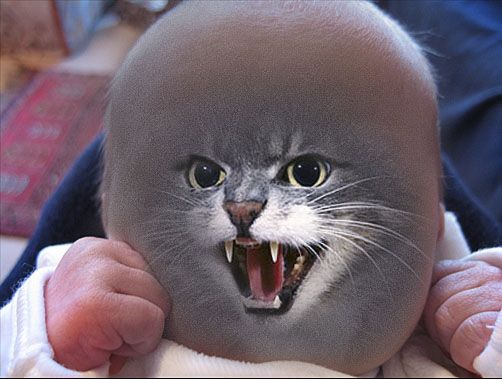 There, are you happy now? I hope that I didn’t scare you off with these, as I know their life-like qualities may be confusing to some people. Before you ask, no, I didn’t actually create this horrific hybrid of human and animal. For the time being at least, these live only in my imagination, and in these lovingly crafted renderings that I’ve shared with you today.

If you’re interested in seeing more babies with cat faces, or simply want to create your own, go ahead and leave a comment below. Until then, I’ve got a lot… cat-ching up to do.