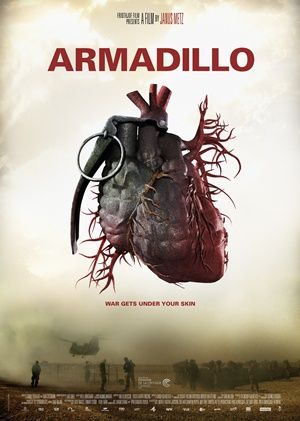 In 2009, Danish filmmaker Janus Metz followed a group of Danish Soldiers on their first mission to the Helmand Province of Afghanistan. Embedded for six months at Forward Operating Base Armadillo, Metz captured some of the most intimate and surreal war footage ever to be shown in a war documentary. How good is it? Well, let’s just say it makes Jarhead look like In the Army Now. 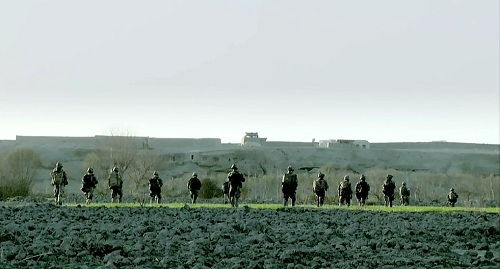 The strength of and the way how the different elements are pieced together makes the film stand out amongst other war documentaries, and possibly all war movies in general. Unlike most modern documentaries, Armadillo doesn’t fall victim to the overused cliché documentary filming techniques. Not even once does the film’s pacing stop to show footage of a staged post-production interview. In fact, the only times that the soldiers even look into the camera are at the heaviest of emotional situations. Combining this with the personal interactions and the almost surreal cinematography, it is quite easy to forget that you are watching a documentary and not a Hollywood blockbuster war movie. 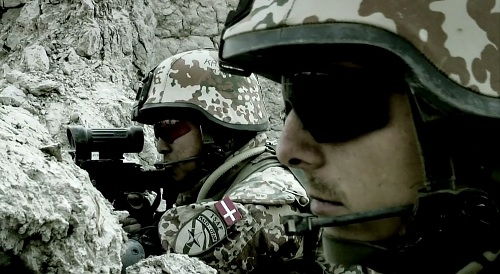 One of the best things that makes Armadillo such a great film is that it brilliantly pieces together the single most internal conflict of the modern-day soldier; the emotional struggle to balance combat motivation and the urging notions of the ‘why-are-we-here’ mentality. As the casualties of soldiers and civilians mount and, consequently, the dissidence among the local population, a large emotional burden is put on the soldiers, who whole-heartedly believe they are there to do the right thing; to help the people of Afghanistan. So much so, that most of the soldiers depicted are courageous enough to do it again with a second tour.

In all, it’ll be quite easy to see Armadillo on my movie shelf next to Band of Brothers and Generation Kill.

Check out the trailer.