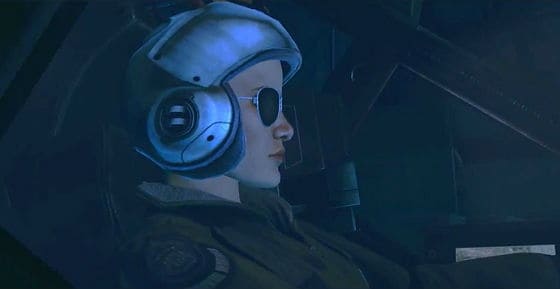 I’ve seen Aliens dozens of times over the years, and yet every time I watch it, James Cameron’s masterpiece never fails to entertain me. It’s one of those rare movies that has staying power… it’s timeless, and now after all these years Gearbox Software is continuing the story with in their upcoming game, Aliens: Colonial Marines.

Though I’ve posted a number of trailers for the game since I first heard about it in October of last year, none of them have laid out a concrete overview of the story. Given that Colonial Marines takes place after the events of Aliens, well… I think we’re owed some explanation. After all, just about everyone, you know… perished – terribly, in fact.

Colonial Marines to the Rescue… Again.

I’m not really sure what a “liquid situation” entails, but I have a feeling that it’s probably not the first thing that popped into my mind – though it really wouldn’t surprise me if Gearbox decided to work in a little bit of romance between the marines, and a few “liquid situations” of the bedroom variety to go with them. We all know that just about everyone is going to die, so why not? In any case…

Basically, the story was just about what I expected it would be, and I’m fine with that. Aliens wasn’t exactly inspired in that regard (that’s not why I enjoy it), and yet it still managed to be incredibly entertaining and atmospheric. Everything I’ve seen of Colonial Marines seems to meet both those qualities, and given my long standing hankering for more Aliens, well… with a little luck, I’ll get exactly what I’ve been waiting for these many, many years; space stuff, aliens, and more badass, shit talking colonial marines with decked out Pulse Rifles. Which, by the way, actually exists.

Where art thou Colonial Marines?

After a lengthy development cycle, and a few delays along the way, Colonial Marines is finally (almost) ready to ship. The release date is February 12th, 2013, and you’ll be able to play it on all major platforms. The PC, Xbox 360, and Playstation 3 are all invited to join the party.