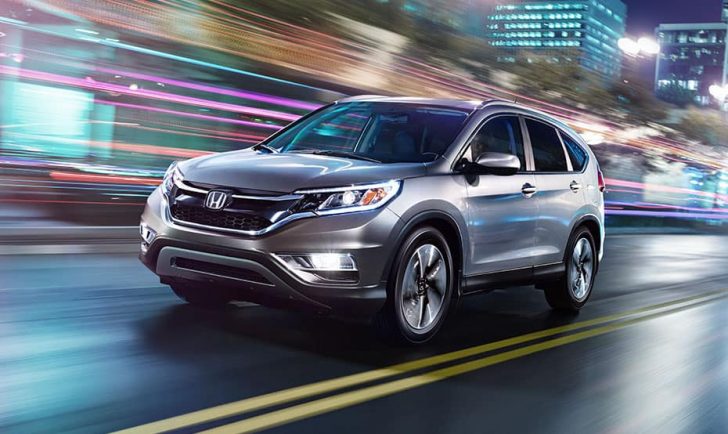 The Honda CR-V is to the CUV market, what the Honda Civic is to the small car market. Like the Civic, the CR-V can be found pretty much anywhere on a road or in a parking lot in North America. It is one of the most popular, if not the most popular, CUV in Canada. We took a 2015 Honda CR-V Touring for a week long spin to find out what all the fuss is about.

The CR-V is based on the Honda Civic chassis and has been around since 1997, you can still find some of the early models still running around. Like all Honda’s, these vehicles are very reliable and should last you a long time.

The fourth generation Honda CR-V was introduced as a 2012 model and for 2015 the CRV receives a comprehensive update. Some of the updates include a facelift, added safety features, and the introduction of the Earth Dreams direct injection engine and a CVT transmission. 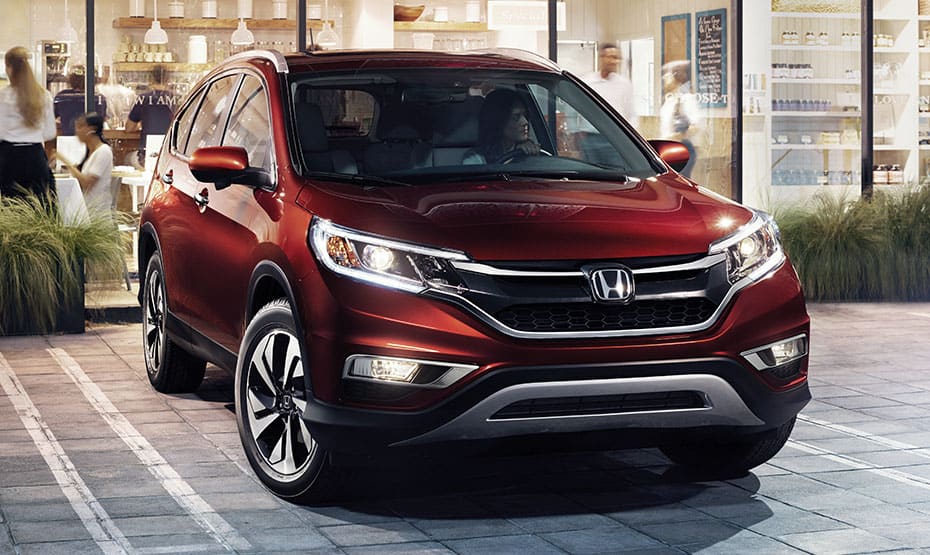 The exterior updates include work on the front end of the vehicle, with a newly designed front grill and new headlights with LED daytime running lights, and the rear end also gets some chrome treatment; the CR-V also rides on new 18” wheels. The Honda CR-V is a pretty decent looking vehicle, it’s meant as a utility vehicle and the emphasis is on interior space and comfort. It’s not going to win any beauty contests, but then again, none of the vehicles in this class are beauty contest entrants.

All 2015 Honda CR-Vs are equipped with the direct-injected “Earth Dreams” 2.4 liter 4-cylinder engines, producing 185 horsepower at 6,400 rpm and 181 pound-feet of torque at 3,900 rpm. The horsepower figure remains the same as the 2014 engine but the torque has been increased by 18 lb-ft. Power is sent to either the front wheels or all four wheels via a CVT transmission. The new engine/transmission combination also improves fuel economy, with the FWD model rated at 8.6/6.9/7.8 liters/100 km (city/highway/combined) and the AWD model is rated at 9.1/7.2/8.3 L/100 km. We averaged about 10.3 L/100 km in mixed city/highway driving.

The inline 4-cylinder engine has adequate power for daily running around, it has enough power to keep up with traffic in the city and highway cruising is pretty smooth. You do really need to put your foot down if you want to accelerate quickly to pass someone on the highway, I wish there was paddle shifter to let you “downshift” the CVT transmission for instant rpm’s. But after driving the CR-V for a week, you do get adjusted to the way you extract power from the engine.

The CVT transmission is pretty good and is tuned to keep the engine rpm as low as possible for fuel savings. I didn’t really have any complaints about the transmission, other than the above complaint, as I was not expecting it to give me sports car like performance. The CR-V is a utility vehicle and that’s how I treated it. 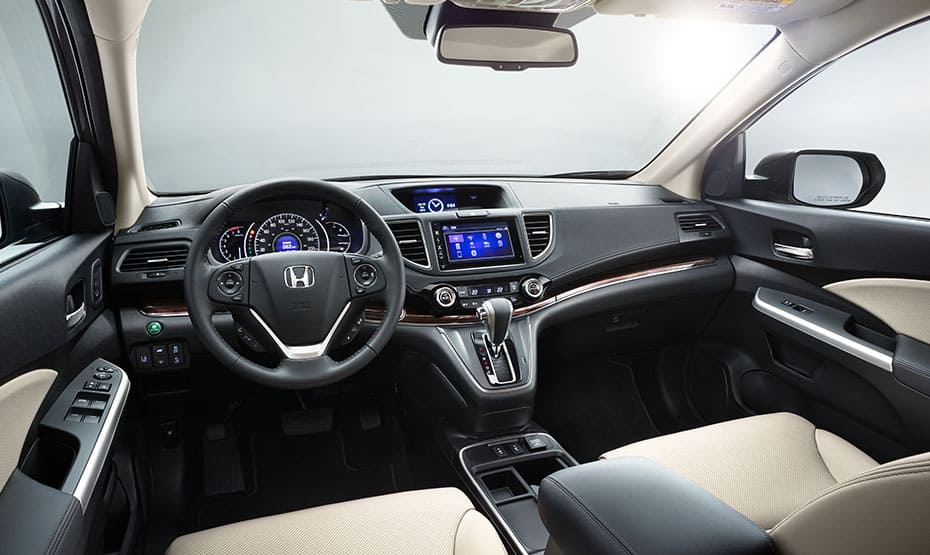 The interior on the 2015 Honda CR-V is very roomy and there lots of little places to put stuff and there are 8 cup holders! There is a lot of headroom for passengers in the front and back, and you can actually put three adults in the back seat, thanks to the flat floor. Getting in and out of the back seat is pretty easy as the doors swing almost to 90 degrees and the step in height is pretty low.

The interior on the 2015 CR-V has a very clean design, with a 7” touchscreen in the middle of the dashboard and a smaller screen at the top. The materials on the inside are all hard plastic, with the exception of the front part of the dashboard. I’m personally not a fan of the materials used here, I do however like the overall layout.

The 7” touchscreen displays/controls information for the entertainment system, phone connection etc., and has small buttons on the side. These buttons are very small and hard to use, and the display on the touchscreen doesn’t look good at all. For me this screen is the biggest disappointment in an otherwise great vehicle.

Honda is also offering the LaneWatch system on the CR-V, which is a camera placed under the right side mirror that displays a live video on the 7” screen of the right side when the right turn signal is turned on or at the push of a button the signal lever. This is a very good feature, it helps you see things in the blind spot, and is especially useful for spotting bicycle riders (especially in city with bike lanes like Vancouver) and is also useful for avoiding hitting the curb when you’re parking on the street. I’m surprised this feature isn’t offered on Acura vehicles.

There is a reason the Honda CR-V is so popular, it’s not perfect, but it has a lot of offer. You can buy the base model if you don’t need all the fancy gadgets but still need the space or load it up and go for the Touring model, and everything in between. The CR-V is pretty refined with a quiet interior and loads of space, there are plenty of safety features and lots of available tech for gadget lovers like myself.

For more information on the 2015 Honda CR-V, check out honda.ca.