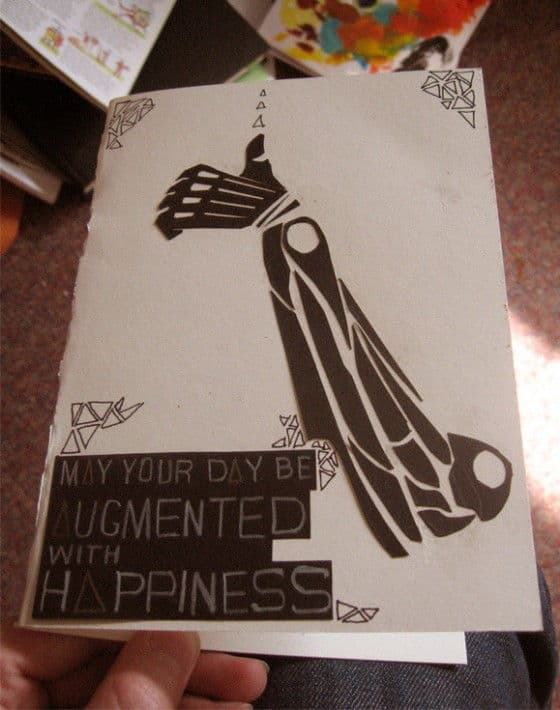 After seeing the very awesome birthday card pictured above, I decided I would finally write a rant that I’ve waited years to spew onto the internet. If you’ve spent more than 5 minutes with me, you probably know that I have an absolute burning hatred of birthday cards, and in fact, cards of any type. Christmas, Easter, Hanukkah – I find almost all of them equally pointless. I’m going to explain why most cards suck, and what you can do to give a card that isn’t complete crap.

You see, it’s not that I don’t appreciate a person caring enough to get me a card, it’s that I know they’ve purchased a mass market piece of nonsense that they know I’m just going to throw in the trash. It’s wasteful, both in terms of materials and money, and I find it lazy. If a person is just going to do that, I would rather them simply tell me what they want to say in person, instead of conveying it through a silly card.

How to give a card that doesn’t suck

When it comes to giving cards, the thought does count, providing you have enough thought to give a card that doesn’t suck. If a person has a sad an unhealthy infatuation with a video game set in a dystopian future, give him a card related to that. It takes a little effort to create a card tailored to the person you’re giving it to, but if they’re actually important to you, put in the effort and they’ll probably love you for it.