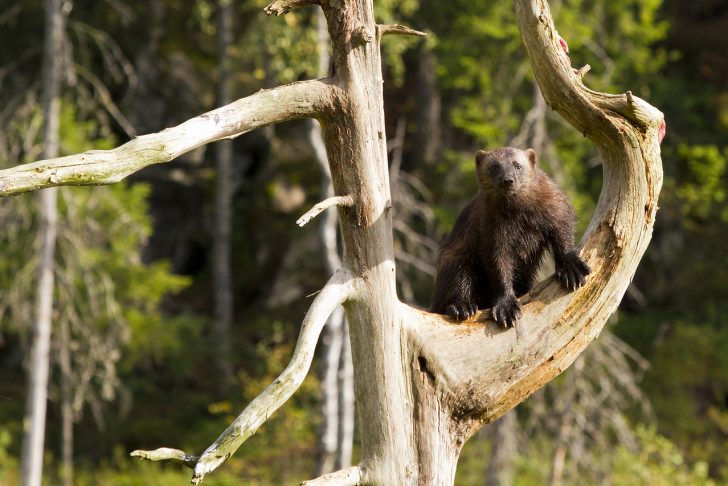 What is A Wolverine?

Wolverine are also known as Golu Golu and they are a member of the Weasel family. These animals are carnivores. These animals reside in the timbered areas, generally in the cold climates. Wolverines are muscular animals that look slightly like bears. They have short legs, small eyes, round and broad heads, round ears. They are known for their ferocious nature.

Wolverines feed on other animals such as sheep, deer, small bears etc. They are also well adapted to scavenging which makes them to eat off from the dead animals. These animals are undefeated by other animals and can only be defeated by human beings. These animals like to be solitary but they do mate during the months of February to March after which the female spends 9 months in the gestation period. Their litter contains 1 to 5 babies.

Wolverine’s fur is of a great value as it is used to line parkas. Because of the high value of their fur, these innocent creatures were a target for traps in North America at one time. Each wolverine is unique with a pattern on their face, neck, and chest. This makes it easy to get identified with the researchers.

Wolverines are one of mother nature’s most wonderful and fascinating creatures here on earth.

Originally published on October 10, 2019 in Uncategorized