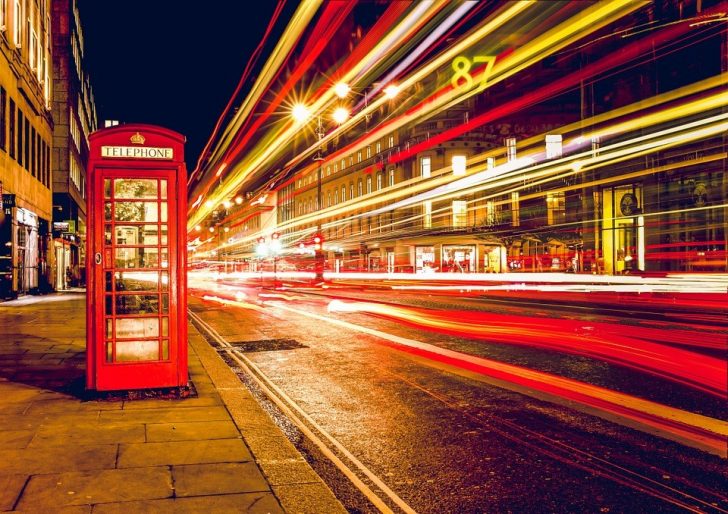 Visiting the UK – Check Out these Quirky Traditions

Compared to many other countries, the UK may just be a small place – but it’s not without it’s fair share of eccentricities! Here, UK LPG suppliers, Flogas, take a tour…

Modern day forms of romance consist of a box of chocolate, a bunch of flowers, or maybe even a text message or two. In Wales however, if you’re trying to win the heart of the apple of your eye, a spoon, despite the fact it may seem unconventional, ranks higher than a teddy bear holding a love heart. Okay, so it isn’t just your standard tea spoon, but it is a spoon nonetheless. The piece of cutlery will usually feature a symbol, which translates into a meaning, such as an anchor for safety and dragon for protection.

If you’re on holiday in whales, be sure to visit a gift shop, pick up a spoon, take it home to whom you admire and hopefully you’ll remain in the good books for a while.

This upmarket department shop, Fenwick’s, have put on an annually extravagant window display for shoppers walking by since 1971. The windows which line Northumberland Street in Newcastle Upon Tyneare adored by people of all ages, and the crowds arrive hours ahead of the big reveal day. In the past inspiration has been taken from children’s books such as Beatrix Potter and Peter Pan, and each and every year proves to be more outstanding than the previous year. While many people associate Geordie’s and Christmas time with night’s spent reveling in sub—zero temperatures (without a coat!), fairytale window claims top spot in the North-East as a tradition.

May day celebrations are slightly different in Cornwall. The Obby Oss, as it is affectionately known, traces back further than the 1820’s, with historians believing it holds links to the Celtic festival of Beltane. The carnival in Rio De Janeiro would face stiff competition from the small Cornish town, where locals spend the evening of the 30th April decorating the streets with flags and flowers, before two “osses”, one blue and one red, make their way through the streets, cheered on by onlookers joining in with the celebrations.

James Matthew Barrie donated the Peter Pan Cup to his competitors of the Christmas day swim through Hyde Park after his play debuted on stage in 1904. Open only to the experienced members of the Serpentine Swimming Club who have qualified throughout the season to guarantee a place in the event, the competition pits swimmers against one another in a 100-yard race in what can often be four degrees waters.

Since 1650, Orkney’s capital city, Kirkwall, ‘Ba’ has been an integral part of the festive calendar. Described as more like a civil war than a game of football, the town, on Christmas Eve and Hogmanay, is divided in to two teams, the ‘Uppies’ and ‘Doonies’. The two squads, in the past, placed in their respective teams, thanks to where they were born in relation to the towns Cathedral.

As opposing sides compete to land the leather ball that is stuffed with cork through the alleys and backstreets of the town, competition is fierce. There are referees who control the general flow of the game and ensure anyone who lands on the ground is picked up again, however the game is effectively without rules. There also exists a boy’s game and despite the fact the upper age limit is 15 years old, there is no restriction on how young the boy can be. If you choose to make the trip up to the tip of Scotland, this age—old tradition is certainly worth your time —watch on as whole town battles it out, or look into joining the ‘Uppies’ or ‘Doonies’ yourself.

Although Haggis originally belongs to Caledonia, it is quite a common tradition to eat the sheep’s pluck delicacy. Each year on the 25th January, or Burns Night as it is more commonly known, Scots tuck into haggis, neaps and tatties as part of their celebration supper. However, a lesser known tradition about the nation is their annual participation in ‘Haggis Hurling’. The tale suggests that in the 17th century, when men were working in the fields during the day, their wives would cook them a haggis for their lunch and throw it across the river. The man would then use the front of his kilt, which is synonymous for not encasing underwear below, as a cushion to soften the blow of the meat and to prevent it from landing on the ground.

‘Haggis Hurling’ is now considered to be a professional sport, in which judges award scores depending on the distance travelled by the delicacy and whether it can still be eaten afterwards.

It should come as no surprise that a country such as Northern Island hosts an annual agri-food show, considering they have a history steeped in farming and agriculture. Starting in 1894, the Balmoral Show has, in recent years, relocated to the site of the Old Maze Prison camp. With more than 115,000 annual visitors, the show includes showjumping competitions, sheep shearing time trials, and a best in show category for livestock and equine. The three-day festival, which offers something for everyone, epitomises Northern Irish culture.

Originally published on March 20, 2020 in Travel