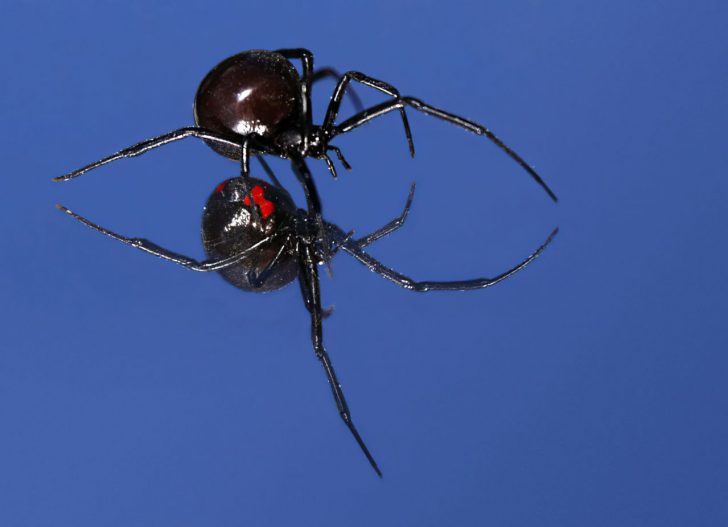 Types of Spiders in Phoenix

When you move to Phoenix, Arizona, it’s important to recognize that your new desert home has different pests than you may be used to. This is especially true if you moved from a colder climate. Pests like the heat, and this is just as true of spiders as any other pest.

Spiders pose a particular nuisance and problem because a lot of people are afraid of spiders – and not entirely without good reason. Spiders can be dangerous to have around kids and adults, and in the desert, there are some spider species that may pose more of a problem than others. Before you move, it’s a good idea to look into the common spider species you might find in your new home.

Why Do I Need to Know About Different Types of Spiders in Phoenix?

You’ve dealt with spiders before. The thing is, even though almost everywhere on the planet has spiders, not every place has the same spiders. And some of those spiders can be dangerous. So even if you feel like you know how to handle spiders, it’s a good idea to learn about the spiders that are common in the area you live in.

Different kinds of spiders may need to be handled differently from each other. When you come across a spider, you may be the person who catches it and releases it outside. But some spiders might bite you if you do this, while others wouldn’t. And some spiders you might be able to vacuum up, but with others, you might have to use other tactics.

Of course, if you’re really concerned about dangerous spiders in your home, then the best option is to look for Phoenix pest control. Not only will pest control help you minimize the spider population in your home, but they can also teach you about the warning signs of an infestation. Knowing how to identify spiders and what signs of spiders to look for will help keep you and your family safe from potentially dangerous spiders.

4 Common Types of Spiders in Phoenix

One of the most famous desert spiders in the U.S. is the tarantula. Tarantulas are common throughout Arizona and other parts of the southwest U.S. They’re a mix of brown and black and are covered in hair that ranges in color from brown to gray. Tarantulas are physically unique from many other spiders because they have bulky, roundish bodies instead of the skinny, angular bodies of many other spiders.

Tarantulas are typically perceived as extremely dangerous to humans, however, they actually aren’t as venomous as people think. In fact, their venom is about as dangerous as a honeybee’s venom – so not dangerous. Tarantulas do bite humans though, and the bites can be fairly painful.

Tarantulas typically live underground, so they shouldn’t end up inside your home often. However, it is possible for them to come inside, and they might also live around the outside of your home. The best way to get rid of them is by calling a Phoenix pest control service.

You’ll typically find black widows in places that are rarely disturbed. They do like to come inside of homes if they can find food easily, so it’s important to keep an eye out for them in your home. Black widows are venomous, and their bite can be dangerous to humans. The bite will hurt right away and other symptoms may follow not long after. The bites can also be fatal to children.

Another venomous spider that’s common in Phoenix and throughout the U.S. is the brown recluse, though you may have heard it called the violin spider as well. It comes in all shades of brown and has extremely long legs. Brown recluses typically choose quiet, dark places where they can hunt without being disturbed.

If you come across a brown recluse in your home, you’ll want to exercise caution. Their bites can be dangerous and will cause sores that don’t heal for a long time. However, they aren’t aggressive spiders, so unless you provoke them, they shouldn’t attack.

If you make sure to clean storage areas and reduce clutter, you’ll be less likely to have problems with brown recluse spiders. They are most commonly found in cluttered storage areas like this, but regular cleaning and good organization will minimize their activity in your home.

Wolf spiders are hairy brown spiders with pale markings on their bodies. They are hunting spiders that use their jaws to attack their prey. Wolf spiders, like other spiders, like quiet, undisturbed areas to live in, so you can keep them away from your home with regular cleaning.

Wolf spiders may look creepy, and you may not be thrilled about them being in or around your home, but they are actually considered beneficial spiders. They aren’t dangerous to humans and they actually help kill other pests in your home. So many people recommend that you leave them alone and let them take care of other pests.

But if you really don’t want them in your home, you can catch and release them away from your home. You could also vacuum them up to get rid of them. It is possible that when you see one wolf spider there are others around because the mother spiders carry their babies with them when they’re young. Those young spiders could decide to take up residence in your home as well when they are old enough to leave their mother.

Because of this, wolf spider infestations can get out of hand quickly. If you only see an occasional wolf spider around your home, you can probably take care of it on your own. But if you see them more and more frequently, pest control will be necessary to get rid of them completely.

Originally published on December 8, 2020 in Entertainment