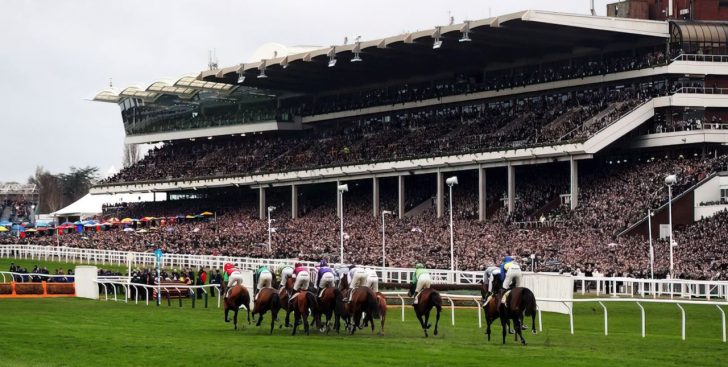 Runners and riders in the JCB Triumph Hurdle on Pentland Hills during Gold Cup day of the 2019 Cheltenham Festival at Cheltenham Racecourse. Photo credit should read: David Davies/The Jockey Club via PA Images
0

Can the Cheltenham Festival Still Appeal with No Crowd in Attendance?

We have three months to go until the Cheltenham Festival of 2021, but as horse racing fans know, it is never too early to talk about Cheltenham.

The festival of 2020 was one of the last sporting events to be held with crowds in attendance back in March, a decision that has since come under fire from many people. However, this is all hindsight and at the time, few thought it was wrong for the festival to go ahead at the time.

But now we must look forward to 2021, and the prospect at the moment is that the festival will be held behind closed doors unless something dramatic changes in the coming weeks and months.

But will that still appeal? Yes, we will still have top quality horses taking each other on, but part of Cheltenham is the atmosphere, something which could be missing.

Here we take a look at what the current expectations are, why the festival is so popular and some early contenders for glory based on what we have seen and heard so far.

Current Expectations for the 2021 Cheltenham Festival

The prospects for the Cheltenham Festival of 2021 look better now than they did a few weeks ago. Fans are being allowed to return to sporting venues in December, including at Cheltenham for the International Meeting.

Assuming this continues and there are no setbacks, some level of fans will be allowed to enter in March, though just how many remains to be seen.

A festival without fans will appeal yes, but the chances are that we get a festival with limited numbers in attendance. That too would be missing something, but at the same time it would certainly have appeal to racegoers.

Those who keep up to date with the latest fashion news would still ensure they dressed for the occasion, and made the most of it, despite a lack of numbers.

Without a doubt, one of the biggest weeks in the entire sporting calendar, not just the horse racing one, is the Cheltenham Festival. From Tuesday until Friday, the festival grabs the attention of many, even those who would call themselves general sports fans, rather than horse racing fans.

Those who do follow horse racing, the week of action from Cheltenham is what most of the national hunt calendar is geared towards.

Every horse has their Cheltenham target, the best of the best take each other on and even when something wins in October or November, people are quick to look ahead at Cheltenham.

Should 2021 go ahead without fans in attendance, that won’t stop people from being excited, from placing their early antepost wagers and from talking about this meeting on an almost daily basis.

Betting on the action does not only take place on the day. The run up to Cheltenham can see a large number of bets placed and odds changing every time a particular horse runs.

Offers such as money back if your horse loses in the first race are out there when the festival arrives, take advantage of these to make your betting as profitable as possible.

Despite being early in the season we have seen a handful of horses stake their claim for Cheltenham glory already.

This is especially the case when it comes to the novice chase and hurdle divisions, with some big performances already.

Over in Ireland, Envoi Allen has maintained his unbeaten run now stepped up to go over fences, while The Big Breakaway looks set to be one of the leading British novice chasers. He won nicely at Cheltenham and looks sure to improve a lot for his first run.

Other names to impress include Ballyadam in Ireland and Allmankind in Britain, both have made winning starts and look destined to go onto bigger and better things in the future.

Put The Kettle On won the Arkle Chase at the festival in 2020 and returned with a win at Cheltenham in the Shloer Chase recently. She is firmly on track for the Champion Chase in March.

Rounding things off, Cyrname, the highest rated chaser in England, won decisively at Wetherby on his reappearance and now heads to King George at Kempton. A win there would potentially take him to Cheltenham, with the Gold Cup and Ryanair Chase two options for him.

Originally published on December 7, 2020 in Entertainment