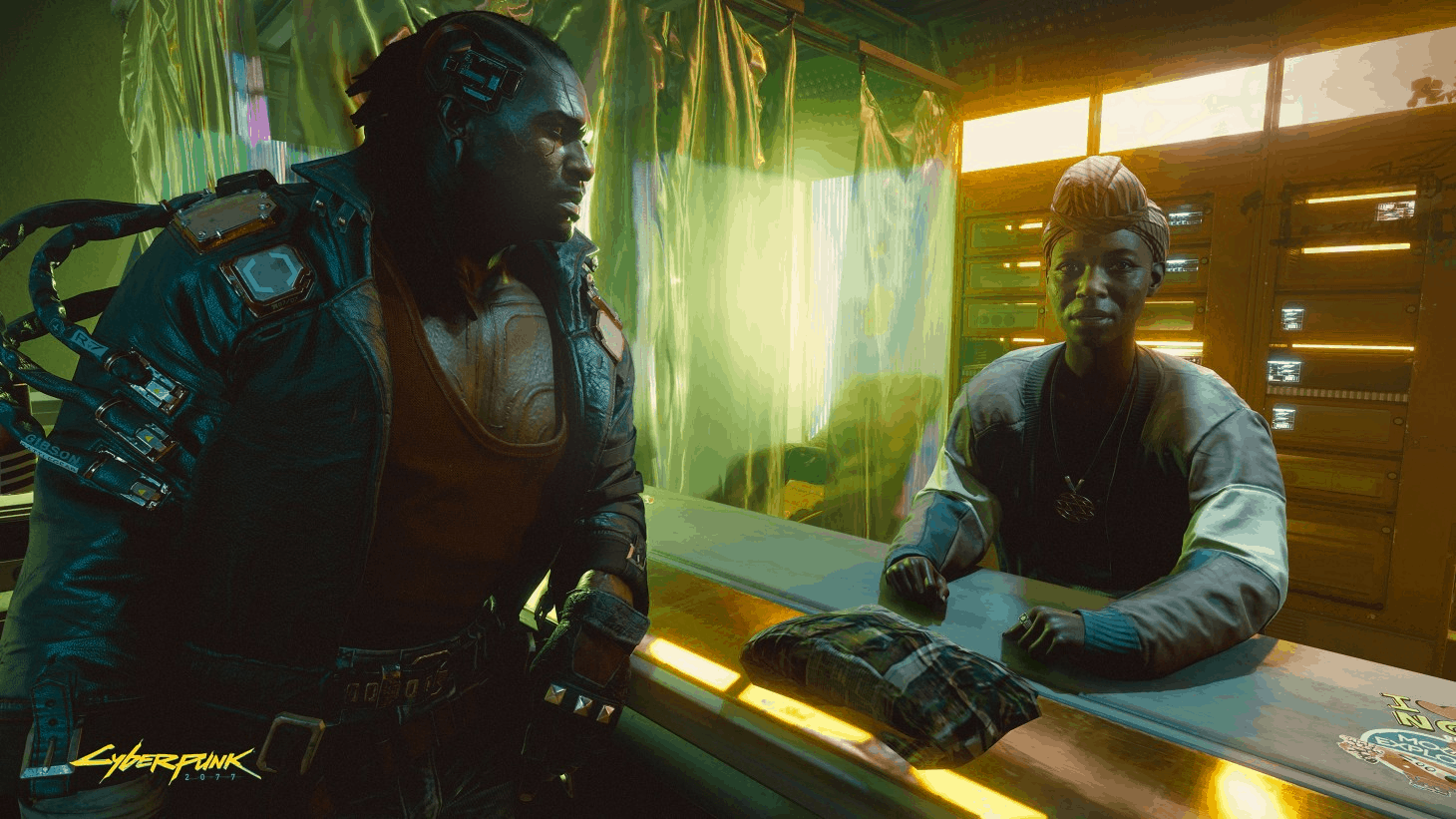 Health of the game

And we’re not talking about the bugs here, but the drugs. After completing the prologue in Cyberpunk 2077, you’re thrown right into the open world with all its mischief and exciting combat – some of it more challenging than other parts. Of course, the harder the challenge, the more damage you sustain from your health bar; and the more damage you take, the more you need to heal.

The first, most common drug you’ll come across is the MaxDoc Mk.1, which instantly restores 40% of the player’s health. There are also rare and epic versions of this consumable item: the MaxDoc Mk.2 and MaxDoc Mk.3, restoring 60% and 80% of the player’s health respectively. Everyone’s playthrough is different, but in mine I found myself inhaling MaxDoc several times per fight, meaning that you might quite literally need drugs to survive in this game.

The Bounce Back drug, on the other hand, is an injector which instantly restores a small amount of health for the player and regenerates more over a short period of time. Normalizing the use of drugs in the form of health makes way for the larger use of drugs within the game.

Reflex boosters are a type of consumable players can use in Cyberpunk 2077 that give them temporary access to specific abilities, such as the Kereznikov ability. The Kereznikov ability can also be acquired through an implant through the Ripperdoc, Viktor Vector for $5,000. It allows the player to aim and shoot while dodging. It slows time by 50% for 1.5 seconds while dodging, aiming or attacking during a slide or dodge. This has a cooldown of 5 seconds.

Implants are a large part of the Cyberpunk drug world, and serve as permanent enhancements (unless upgraded) for common folk in Night City. They overrule reflex boosters in power without as many side effects of the intravenous, oral and nasal delivery methods of other consumables within Cyberpunk. These implants lead to cybernetic abilities, which, just as drugs do, can overload the user and turn them into “Cyberpsychos” which can be investigated and hunted down by the player in the Psycho Killer side mission.

Mega corporations such as Militech and Arasaka distribute more dangerous counterparts of the Cyberpunk 2020 drugs onto the streets of Night City, which are even more highly addictive by nature to leverage control over consumers. These are known as “designer drugs”.

Early in the game, an air hypodermic needle is administered by the player’s character, V, to an unconscious Sandra Dorsett. Sandra is a Corporate Netrunner with a Platinum Trauma Team International membership which proved useful in her rescue. From her Biomonitor Data Panel, the player can ascertain the information of her following medication: N-Hydroxyzine (170), TR2-Tramadol (720), Desvenlafaxine (300), Amoxapine (220), R7-Lactobacillus (400N), Acetaminofen (2500), and Bupropion (540). V’s partner, Jackie remarks that “Trauma shoulda swooped in if she sneezed”, indicating that administered drugs in 2077 were important especially to the Corporate lifestyle.

Low-grade drugs create more psychotic side-effects, and are more harmful to the user as they are often less pure than higher grade drugs that more wealthy users in the drug trade have access to – such as (major spoilers for the main missions and side quests are as follows) the ex-Samurai member, Kerry Eurodyne who openly uses drugs in front of V when you meet him; and lines of cocaine can be seen around his house.

Later in the main storyline, Evelyn Parker – affiliated with The Moxes, Clouds, and The Voodoo Boys – met her demise due to suicide by overdose. The game takes a very mature stance on Cyberpunk drugs in this instance, with side character Judy Alvarez shown to be very shocked at the death of her friend, and is unreachable for a short time due to her grieving.

Some Cyberpunk drugs in 2077 are home-brewed and dumped on the street, unlike the military-designed combat drugs of the mega corporations as aforementioned. In Cyberpunk 2020, the player is able to make their own drugs and concoctions. All of them are pretty bad no matter where they come from. Common street drugs are as follows:

Much like real life, drugs are very dangerous and can be fatal, or can mess up your character beyond repair. They are an integral part of Cyberpunk but must be treated with caution as although they give serious buffs to your character, they also make you a lot easier to kill in other ways. Don’t do drugs, folks.

Everything You Need To Know About Building Muscle

How Should a New Parent Choose Baby Formula?