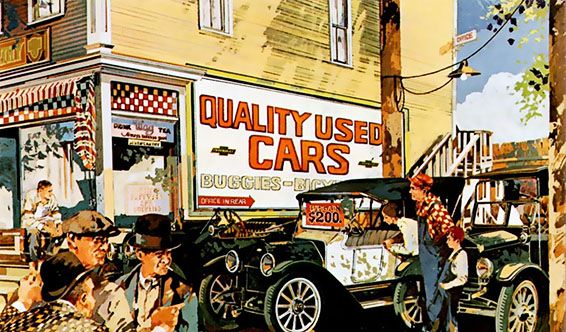 I’m stepping in today for our resident thrift expert Scott, to talk about buying new vs buying used – a topic that we’ve covered before, but that I believe is worth re-visiting to drive home a few particular points.

I’ve noticed that most of us have an obsession with new, new, new, and it’s my goal to completely break you of that habit right here, and right now. I’m doing it out of love, and my sincere hope that you’ll be able to save yourself a swack of money each year, while cutting down on population, creating world peace, and curing cancer.

It’s in our nature to seek out the latest and greatest, and over the course of our very long evolution, it seems to have worked out pretty well. This desire for newness and novelty has meant we’ve created some amazing stuff as a species, and rapidly increased our technological ability, but it’s also the reason we just HAVE to buy that brand new car, instead of heading to a used car dealership to pick up a slightly older, but far less expensive, just as capable car.

Actually, let me rephrase that… some of us do this, the ones that don’t know any better. But you’re not like that, right? No, you’re the type of person that knows…

1. Last years model of car, television, stereo system, mobile phone, or just about thing else, is always going to be significantly less expensive, with at least 90% of the features. When it comes to consumer goods, our progress is very much iterative, with each update being a minor one instead of a massive jump. But be that as it may, that minor update usually costs a small fortune. 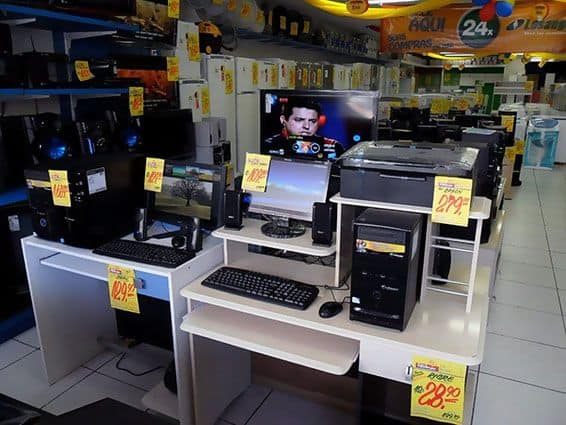 2. People get bored very, very quickly. When I was a teenager, I used to buy games, get bored of them after a week, and then sell them to my friends for a fraction of what I paid for it new. My friends knew that they were getting a pretty sweet deal, and decided to hold off gratification just a little bit for some sweet savings. I encourage you to be like them when you’re getting antsy for that brand new gadget, toy, or flashy new sports car. Wait a few days or weeks and start browsing the local classifieds or online auction spots, such as Ebay.

3. We live in a disposable society. People tend to throw things out, or give them away, at the first sign of wear. This is as true for cars as it is for smartphones, and you can use this to your advantage if you’re handy or technically inclined. Know how much it costs to replace a cracked smartphone screen? Not much at all. Minor body damage to that car you’ve been jonesing over? I wonder what’s going to cost more… buying it new, without the dents, or buying the car used. Hmm… 4. Your friends often have that “thing” that you really need, but know you won’t use very often. Planning to go snowshoeing for the first time? Borrow snowshoes from a friend, or go rent a pair. You’ll save yourself a good chunk of money.

I know… what I’ve described takes a bit of work in almost all cases, and buying something new is just sooooooo much easier! It’s true, I’ve offered you a path that takes a little bit more work. Sometimes it means scrounging around, other times researching, and in almost all cases being patient. But in return you’ll often save a lot of money (especially with cars), and perhaps even feel good about it too. Trust me on this one.