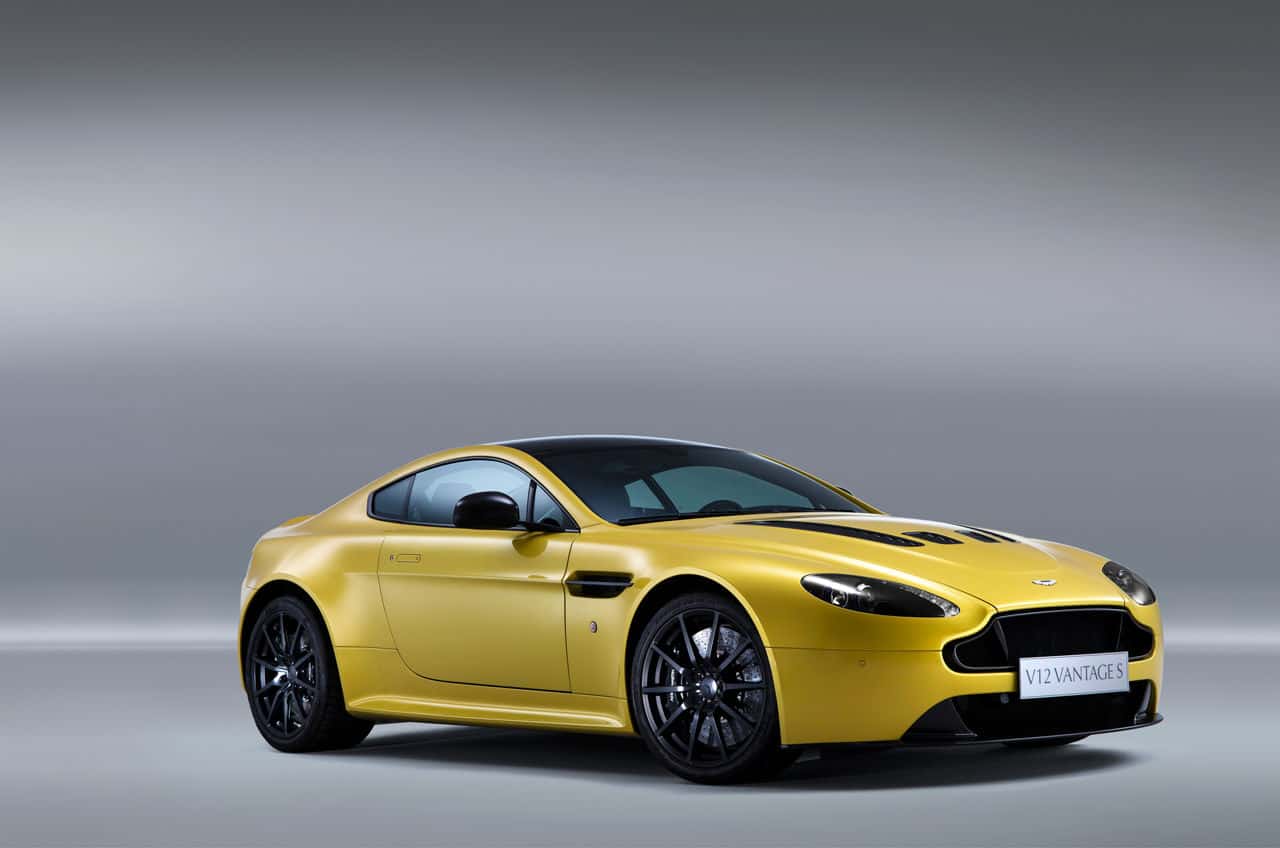 This new engine in this car produces 55 more horses and 37 more pound-feet of torque than the standard V12 Vantage.  The V12 Vantage S is equipped with a Sportsift 7-speed automated manual transmission, with an expected 0 to 60 mph time of less than 4 seconds and a top speed of 205 mph.

Aston Martin calls the V12 Vantage S a race car for the street, and therefore equipped it with an adjustable suspension; drivers can choose between Normal, Sport, and Track modes.  Drivers can also adjust throttle response, gear selection, and exhaust note.

There aren’t too many aesthetic upgrades on the “S”, the front grill does look to be inspired by the CC100 Speedster and uses carbon fiber inserts.  The car rides on 19” 10-spoke wheels and the roof is painted black, which apparently makes the car faster.