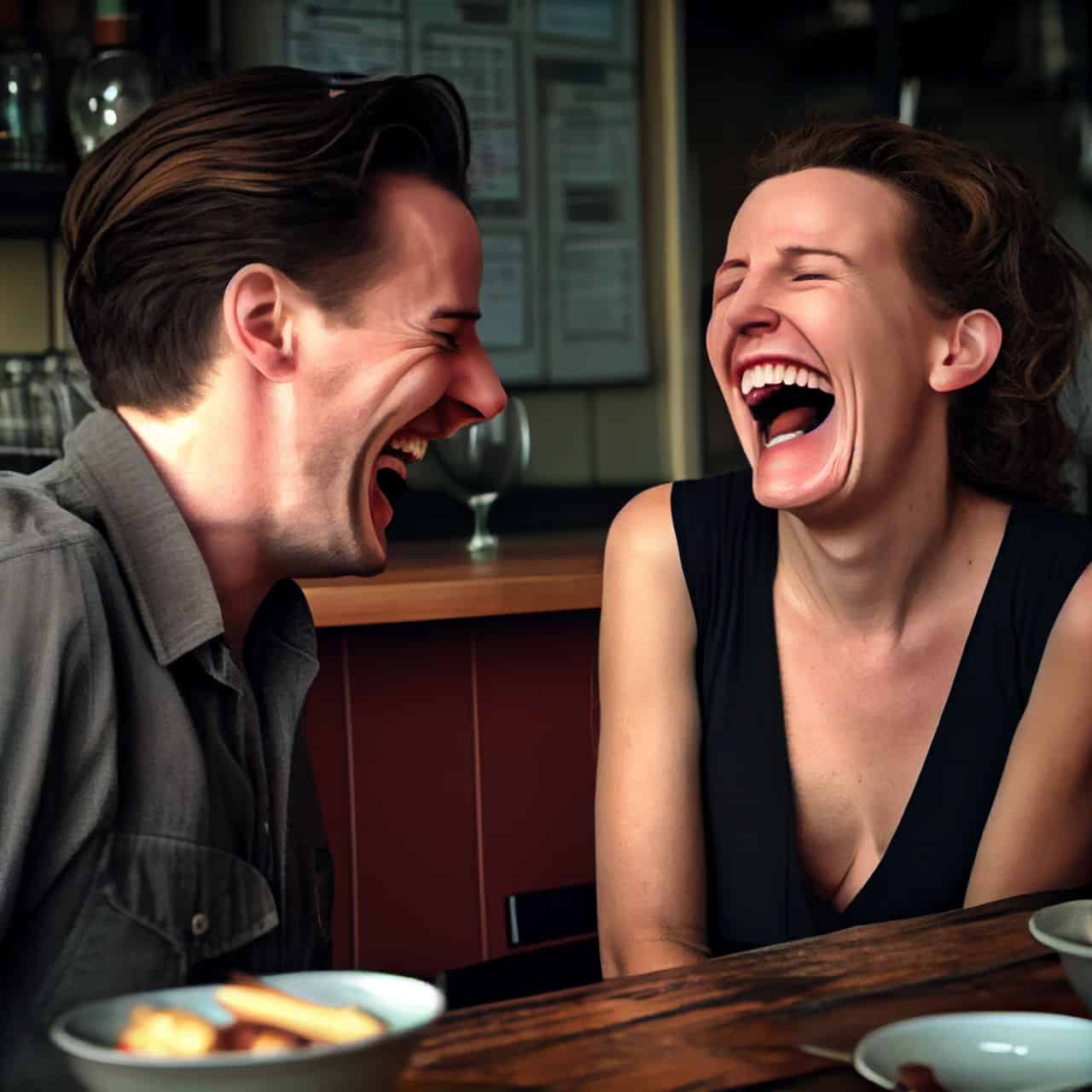 If you love dry humor, then you’re in luck! There’s a whole world of hilarious, dry-humor jokes, and if you’re looking for a good laugh, you’ve come to the right place. This article will dive into dry humor jokes and explore some of the most hilarious ones. We’ll also investigate why these jokes work so well and study tips for writing your own good dry-humor jokes. So, get ready to grab your popcorn and settle in for a few good laughs!

Dry humor is a humorous style that relies on sarcasm, irony, and wit. Unlike slapstick comedy or puns, dry humor is more subtle and sophisticated. Rather than relying on the delivery of a funny phrase like in traditional jokes, this type of humor is based on a clever observation of everyday situations.

The definition of dry humor has become increasingly vague with its transition from literary to popular culture. Typically, it can be described as witty dialogue or comments that make people think rather than laugh out loud. This type of humor often requires an audience to think about it for a few moments before actually understanding the joke—a trait that makes it enjoyable for many people.

Although dry humor can be good for getting laughs in social situations, it can also be offensive if not delivered correctly. To avoid coming off as mean-spirited or too sarcastic, one should focus more on making an insightful comment rather than simply cracking jokes at someone else’s expense. With enough practice and refinement, one can quickly master the art of dry-humored comedy and use it to add some zest to everyday conversations!

Dry humor jokes are a witty, unexpected style of comedy that relies on understatements and deadpan delivery for maximum impact. Although some people may find this type of comedy too subtle for their tastes, dry humor can be a refreshing change for those who appreciate it. Using dry humor can also help you express yourself in social situations without getting overly emotional or misunderstood.

Benefits of dry humor include:

Dry humor jokes are a form of comedy that relies on subtlety and understatement. The humor often depends on the audience’s expectations of a traditional joke set-up and delivery, but instead, the punchline reveals a surprising and often absurd twist. Here are some examples of dry-humor jokes that may make you chuckle.

One-liners are perhaps the most common type of dry humor joke. It’s a form of comedy that relies not on long set-ups or clever wordplay but rather on a simple and often forgotten punchline. Here are a few examples of one-liner dry humor jokes that you can share with your friends:

Short dry-humor jokes often rely on puns and double entendres to create an atmosphere of lighthearted fun. People who appreciate the wit of a well-crafted joke that uses clever language and surprise endings often enjoy this type of humor. Here are some short examples of dry humor jokes that will likely get a few chuckles from those with a good sense of the absurd.

Longer jokes are often used in dry humor as they can help to draw things out and add additional comedic elements that may otherwise be lacking. Dry humor requires patience and subtlety, but the rewards can far outweigh it. Below are some examples of longer jokes you can use to make a dry humor joke.

-Q: What did the fish say when he hit the wall?

-Q: What did one clock say to the other?

-Q: What did the lawyer name his daughter?

A: Because they make up everything!

-Q: Why couldn’t the bicycle standup on its own?

A: It was two tired!

Irony is a natural partner to dry humor. Irony uses incongruity of expression to create satire or wit, either openly or with subtle implications. It is often used to reflect upon the absurdity of an issue or situation by pairing two disparate ideas and drawing attention to their irony. Irony can be difficult for some readers to grasp, and its use should be limited when crafting dry humor jokes.

To create your own joke using irony, think about creating an unexpected outcome that goes against common sense or everyday expectations by pairing two disparate ideas together. The juxtaposition of these usually polar opposite ideas can yield laughs, but take care not to overdo it since subtlety is key in dry humor jokes.

Dry jokes are clever, humorous statements that use irony, understatement, and sarcasm to poke fun at topics subtly. Unlike other types of humor, dry jokes require a high level of intelligence and often contain double entendres that require a second look — they’re hardly the kind of joke one could tell anyone. One of the most important things to remember when writing dry humor is to avoid puns.

It can be hilarious when someone effectively delivers a dry joke, but puns rarely work well. In general, puns are often excessively silly or corny and don’t always fit with the subtlety of dry humor. Puns also tend to rely on wordplay that may be hard for an audience to follow or understand, making it difficult to land as a joke.

Other tips for constructing effective dry jokes include avoiding explicit language or toilet humor which tends to shift away from the subtleties of dry humor and make it crass instead; engaging in thoughtful self-deprecation; talking about current events with wit; using irony effectively by creating concise comparisons between two very different things; speaking slowly so an audience can absorb the punchline instead of just hearing words being said quickly, and most importantly—letting truthfulness guide each joke you write since honesty is usually essential for successful delivery.

The secret to writing dry humor jokes is to keep it simple. There should be no complex words, metaphors, or flowery language-just a few short sentences combined to create a joke that anyone can understand. Keeping the joke short allows your audience to get the punchline quickly and enjoy the moment of revelation. Additionally, be sure to avoid offensive or vulgar language when writing dry humor jokes; rather, focus on making incisive jabs at society or popular culture.

When delivering your jokes, try not to rely too much on facial expressions or body language–these cues could hint at how funny you think your own jokes are. Instead, try being more stoic; this will ensure that your audience will enjoy your jokes for their content and not for their delivery. Moreover, do not neglect to factor timing into your joke’s set-up; the more precise your timing is (e.g., pausing in just the right place), the bigger laugh you’ll likely get from those listening!

Dry humor can be a fun and entertaining way to bring a bit of lightheartedness to any situation. As such, it is important to find the right balance between being witty and poking fun at yourself while still respecting the boundaries of decency and appropriateness. This article explored the best dry humor jokes and discussed the importance of using them correctly. Let’s summarize the conversation and explore the key takeaways.

Summary of benefits of dry humor

Dry humor can be a great way to bring lighthearted fun into any situation. It can help reduce tension, create a relaxed atmosphere, and even help people bond with each other. Although difficult to pull off correctly, when you successfully tell a dry joke, it can have an impact that lasts long after the laughter has faded.

The benefits of dry humor include the following:

When it comes to writing dry-humor jokes, timing is everything. Entire books can (and have) been written about how to write comedy in general, but to craft hilarious dry humor jokes, here are some tips:

Ready to put your dry humor to good use?

Look no further than dry humor jokes if you’re in the market for a good laugh. They may not be the funniest jokes out there, but they are definitely some of the most clever. And sometimes, cleverness is all you need to make someone laugh. So if you’re looking to lighten the mood and inject a little humor into your day, these dry humor jokes should do the trick!

6 Factors to Consider When Choosing an Injury Lawyer

All About Laminated Restaurant Tables