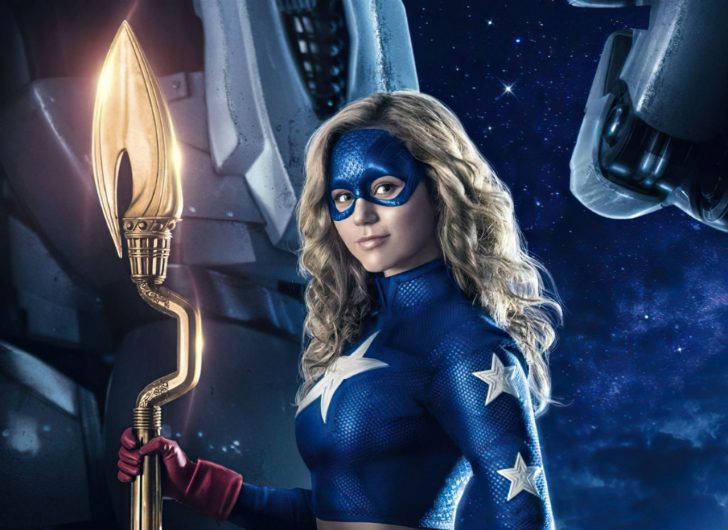 This past spring, DC fans were introduced to the new Stargirl action series on DC Universe and The CW. Aside from the character Pat Dugan (played by funnyman Luke Wilson and originally appearing in comics alongside the Star-Spangled Kid in 1941), the other characters are high-schoolers, making this a show that can be enjoyed by audiences of all ages.

Stargirl is the creation of Geoff Johns and Lee Moder. The title character was introduced as Courtney Whitmore to DC Comics in 1999, making her the newest character in that series. She is the recipient of the powerful Cosmic Staff that at one time helped the Star-Spangled Kid in his epic campaign against crime. As Stargirl, Courtney and her high school peers form a new Justice Society of America, bringing back original titles of heroes murdered by the Injustice Society, from which evil villains are scheming new ways to control the world.

Stargirl’s companions include Hourman, first introduced in Adventure Comics in 1940. His strength is the ability to achieve one hour of superhuman strength through a performance-enhancing concoction called miraclo. In Stargirl, the son of the original Hourman receives the new title along with the time-keeping gadget he wears around his neck.

Another character, Wildcat, first appeared in DC Comics two years after Hourman. Originally taking form as Ted Grant, the Stargirl series revives the character as Yolanda Montez. She wears a powerful suit armed with claws and the ability to land on her feet from frightening heights.

Finally, there is Doctor Mid-Nite, originally appearing in 1941. Several versions of Doctor Mid-Nite have appeared in DC Comics over the years, but in Stargirl, it is the character of the awkwardly nerdy Beth Chapel who revives the role.

Not surprisingly, the villains introduced in Stargirl also come from the golden age of comics.

There’s Brainwave, who has psychic abilities which he uses to stay one step ahead in his evil machinations. He’s in cahoots with Icicle, a villain capable of bringing death by freezing.

These two take the lead over many other villains speckled throughout the town of Blue Valley: gym teachers, the school principal, a doctor, a CFO and more. Each has a unique ability and role  in the success of evil triumphing over good.

As the series progresses, Stargirl has a deep bench of heroes and villains who can step forward to entertain and educate new generations in the rich and fascinating history of the DC universe of characters.

While Stargirl fans eagerly await Season 2, you can catch up with all the fun on your CW app.