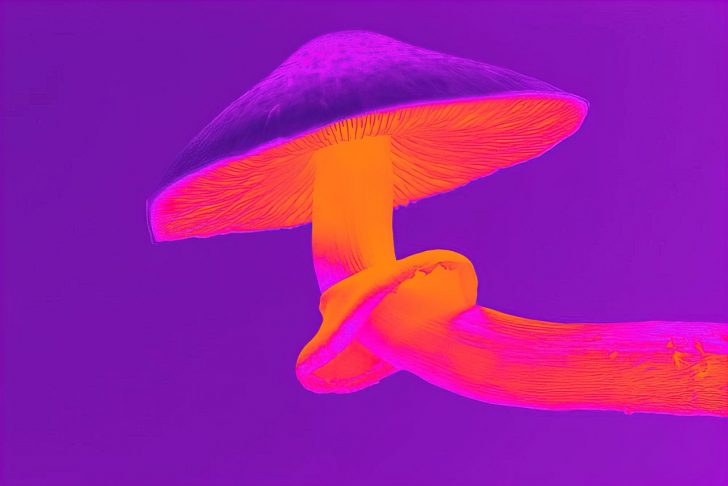 Psychedelics Could Be the Next Cannabis as Restrictions Ease

As science endeavors to learn more about traditional psychedelics— their relative safety and usefulness— recreational users are already putting in the work.

Cannabis, the once villainized drug of choice for wayward teens and dopers alike has matured into something much better. Healthier than alcohol, far less physically destructive than tobacco, weed has quickly become more than just a toke taken on weekends— the all-natural high has been incorporated into everything from face cream to high-end Michelin starred dining. Touted as a formidable treatment for depression, certain cancers, and a potent analgesic, cannabis got its start in recreation, but found its legal footing in the realm of medicine. Quickly morphing into something that lived comfortably on both sides of the fence, still considered medically relevant, but also pretty great to enjoy on the weekend. The next substance our parents hate that’s up for debate? Psilocybin.

And what a debate it is. Step aside butter coffee and ambient sounds, microdosing psilocybin— taking small amounts of shrooms— to hack productivity and creativity has become the latest trend in Silicon Valley. Which merely serves to increase legitimate reasons to use a medicinal mushroom dispensary. That’s because this trend of taking sub-hallucinogenic doses of the once popular hippie drug of choice requires some pretty elaborate and precise measurements of mushrooms. Something that can be difficult to get right otherwise. More than just microdosing however, scientists are finding a number of reasons to loosen historically restrictive legislation on psilocybin and the mushrooms that contain it.

Similarly, to the years gearing up to cannabis legalization, science has been finding a number of wonderful use cases and even recreational benefits from ingesting what have long been considered a “dangerous” substance. But psilocybin’s safety rating isn’t the only long held belief that science is currently refuting, as psilocybin could reasonably be the solution to a number of problems that we’re still scratching our heads over.

As funding begins to pour into research facilities devoted to better understanding these psychedelic fungi, scientists are discovering just how little we know about mushrooms and their capacity for good. While research on psychedelics like psilocybin and LSD began in the 1960’s, most was shut down during Nixon era witch hunts before results could be properly studied and discussed. In the late 2010s, science has once again picked up psychedelic research, and not for the fun colors and transcendent experiences— but because of the way psilocybin is believed to interact with our brain chemistry. Creating a cocktail that is more potent, longer lasting, and more effective than any known antidepressant in existence. A number of difficult to treat complex medicinal issues: mental health disturbances, chronic pain, terminal illness— could all be effectively treated by using psychedelics. And this could well be just the tip of the iceberg.

However, psychedelic research regarding mental health is hugely important, perhaps now more than ever. Particularly as a number of mental health experts warn that there may well be an incredible psychological fallout following the COVID-19 lockdown restrictions and pandemic. One that we are in no way prepared for. Levels of depression, anxiety, and PTSD are reportedly higher in today’s society than those of generations past. One in four adults report having experienced a mental health issue within a given year of their lives, where one in six report dealing with a common mental health disturbance each week. With low level anxiety and depression becoming increasingly common amongst adults globally.

Which could be something that psychedelics like psilocybin, and microdosing practices, are ready to handle. One of the biggest hurdles to better mental health in the world is access. Whether that is the ability to afford treatments, or the availability of treatments themselves. Which is where recreational psychedelics like mushrooms could step in to help. More than just providing an outpouring of anecdotal evidence that psilocybin containing mushrooms have improved user’s moods and general outlook on life— this substance is so incredibly safe, there would be no reason that a responsible adult couldn’t enjoy the benefits of the substance themselves.

The Global Drug Survey has consistently reported magic mushrooms to be the safest drug on the planet, with lower incidence of hospitalization or negative health consequences than any other recreational substance used. This is largely because psilocybin has an incredibly high therapeutic index, which means it’s not only nearly impossible to overdose on, but the substance is also non-habit forming, and a newly released study has also found psilocybin to be safe for those at risk of cardiovascular issues. Something that even cannabis users can’t enjoy.

The take away from all of this is that many traditional psychedelics like mushrooms are safer and present fewer long term issues than most (if not all) recreational substances that are already available to us. With long held and erroneous stigma being the biggest hurdles to widespread adoption. Something that could only serve to hurt local and global economies, as well as the people that need these treatments the most.