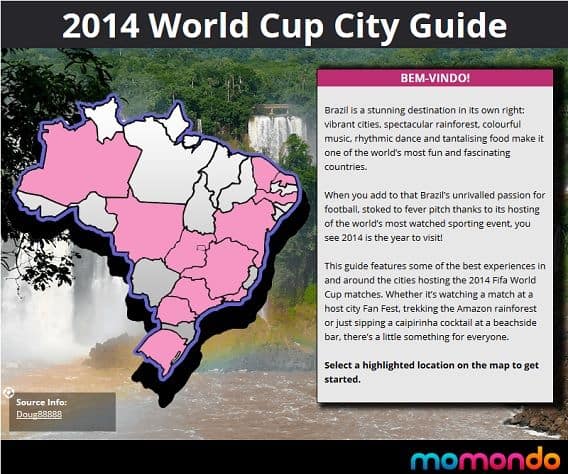 The countdown to the World Cup is at hand! For World Cup novices, this football (soccer) tournament has been held every four years – since 1930!  It’s the world’s most-awaited sporting event. Previous World Cup hosts have included the United States, France, South Africa, and Germany. This year, Brazil is the host! And sports writers around the world say it’s going to be quite crowded as millions watch sixty-four tense matches!

If you haven’t made reservations for this year’s Cup in Brazil, planning a trip is still remotely possible…if you already have a passport or visa application…have lots of money…and you’re flexible. If you’ve already made plans, your bank account is already quite a bit lighter, so we’ve included some free  information for the trip:

Most adults should have a valid passport in their documents safe. But if you don’t, start by researching travel restrictions of Brazil. You may need to start a visa application to travel. Since this process can take time, check out services who do the legwork in exchange for large sums of money.

You’re probably going to need plane tickets. Check out travel sites like Momondo to get cheap tickets…well, tickets to Brazil aren’t cheap right now…And check out this interactive graphic provided by Momondo to learn more about the World Cup cities and what they have to offer.

According to “The Wall Street Journal,” fares to Brazil may be priced at about twice the norm. Assuming that’s not a problem, arrange a car rental at your destination, or look up public transportation details if your budget is tight.

Getting a habitable hotel room in Brazil could be challenging. Most travel agencies are working with FIFA, the federation for football (soccer). “The Wall Street Journal” estimates that two and three-star hotel rooms are going at four-times the normal rate…

Consider short-term apartment rentals or do your best to hook-up accommodations through cultural tourism sites. If all else fails, ask friends about who they know in Brazil…perhaps there’s a long-lost family member or mining engineer friend-of-a-friend who can provide a couch for short naps during the World Cup. After all, it’s unlikely you’re going to spend much time sleeping if plans to attend the games come together!

This is going to get interesting rather quickly. You only need to buy tickets for the games you want to see. For instance, buyers of the first-round tickets usually book at least a year before game day. Tickets to matches are sold in five levels, or phases. The first is lottery-style on FIFA’s website. This option closed a few months ago…Honestly, these matches sold out months ago, so now you’re looking at the scalper’s market. A quick eBay search yielded prices that are a little rich for my budget…

Finals tickets are the most expensive. Matches held on the weekends in Rio are also pricey. –You could always forego tickets to the matches and watch ‘live’ in a local Brazilian bar!