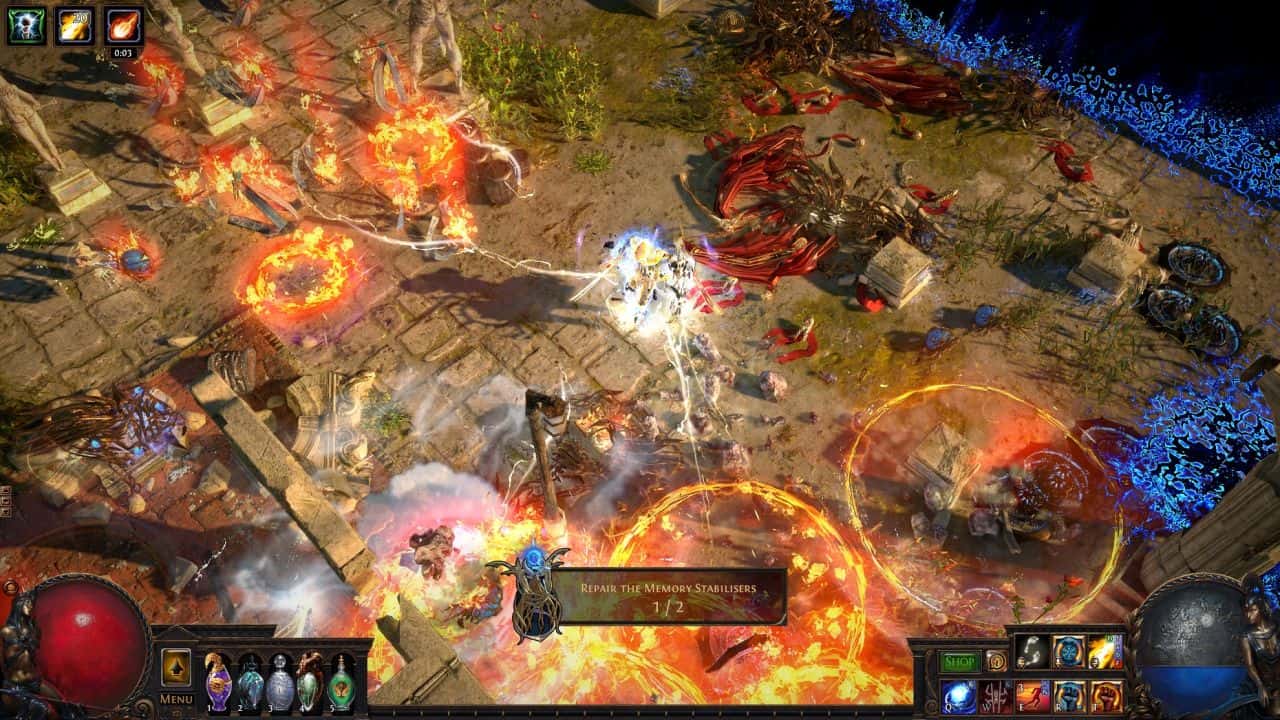 Path of Exile has a whole different side to it in which PoE trade runs the show. The phrases such as PoE currency and PoE orbs are often thrown around, and you may see people looking for PoE uniques and other desirable items that you may have in your possession. Given the heavy looting influence that the game has in general, you may find that you have an item you deem useless that might be considered a treasure to another. With that being said, here is what you need to know about trading in Path of Exile.

Path of Exile doesn’t really offer an official way of trading with players, at least where in-game actions are concerned. So, you won’t find an auction house or anything of the sort, therefore you have to resort to using the likes of other methods where you will simply walk up to a player in the game to trade with them manually. Here, you can drag items into a trade window before agreeing with each other to complete the trade.

Then you have PoE Trade, which is a site to find items that you want. You simply head onto the website, find a seller with the item that you want, and click on the ‘whisper’ button so that you get a piece of text that you can paste into the in-game chat so that they receive a message with your intent to buy. Take your PoE currency to where they wish to trade which is often their hideout, and complete the transaction.

As for selling, this isn’t quite as straightforward, and will also require investment on your part. You will be required to have a premium stash tab in order to list your items to be sold. They work as a stash tab in your chest in your hideout, though the premium version can be customized in a number of ways, such as setting the name and color, plus revealing its status on PoE Trade.

Once you have chosen which premium stash tabs you would like, you can then set the price by right-clicking on the item. Keep it at a reasonable price, and you should expect to hear from buyers shortly after.

The best way to do this is by a little research on your part. Go onto PoE Trade and search for the item that you want to sell, so that you get a general ballpark of what amount you should be selling for. If you have PoE uniques, then you may notice that they have varying prices, so keep an eye on the levels and broaden your searches if the values are a bit up and down for your liking.

Path of Exile tends to delve away from games of a similar nature in a lot of ways, and the PoE currency is also one of them. There isn’t your usual currency of coins or gold in this game, but rather opting for materials and more specifically, the use of orbs. There are a number of different orbs in the game, which can be modified to change their overall value. The standard currency orb is known as the Chaos Orb, which you will more often than not find hard to come by. That being said, once you have put the hours in and you are getting to the endgame stages, you can fully expect there to be a majority of transactions that will revolve around Chaos Orbs.

With that in mind, when you do happen to come across Chaos Orbs, make sure that you keep hold of them for when you need them later on. Not only that, but you should make sure that when selling an item, that you are getting a Chaos Orb in return, otherwise it’s probably not worth selling in the first place.

If you are still a casual player, then you shouldn’t really concern yourself with this too much. Your main focus should be going out questing, navigating dungeons, and indulging in what lore that PoE has to offer. When you are ready to start dabbling in the market, then hopefully you will find the tips above helpful to you. Once you have gotten your head around the likes of PoE Trade, then you will soon be finding ways in which you can make a decent amount of money from trading with other players, as well as getting your hands on your most coveted items.

Have you tried trading in Path of Exile? Let us know in the comments section below!

Tips On Choosing A Bar For Your Next Birthday With Friends

Emma Kotos – Everything You Wanted to Know