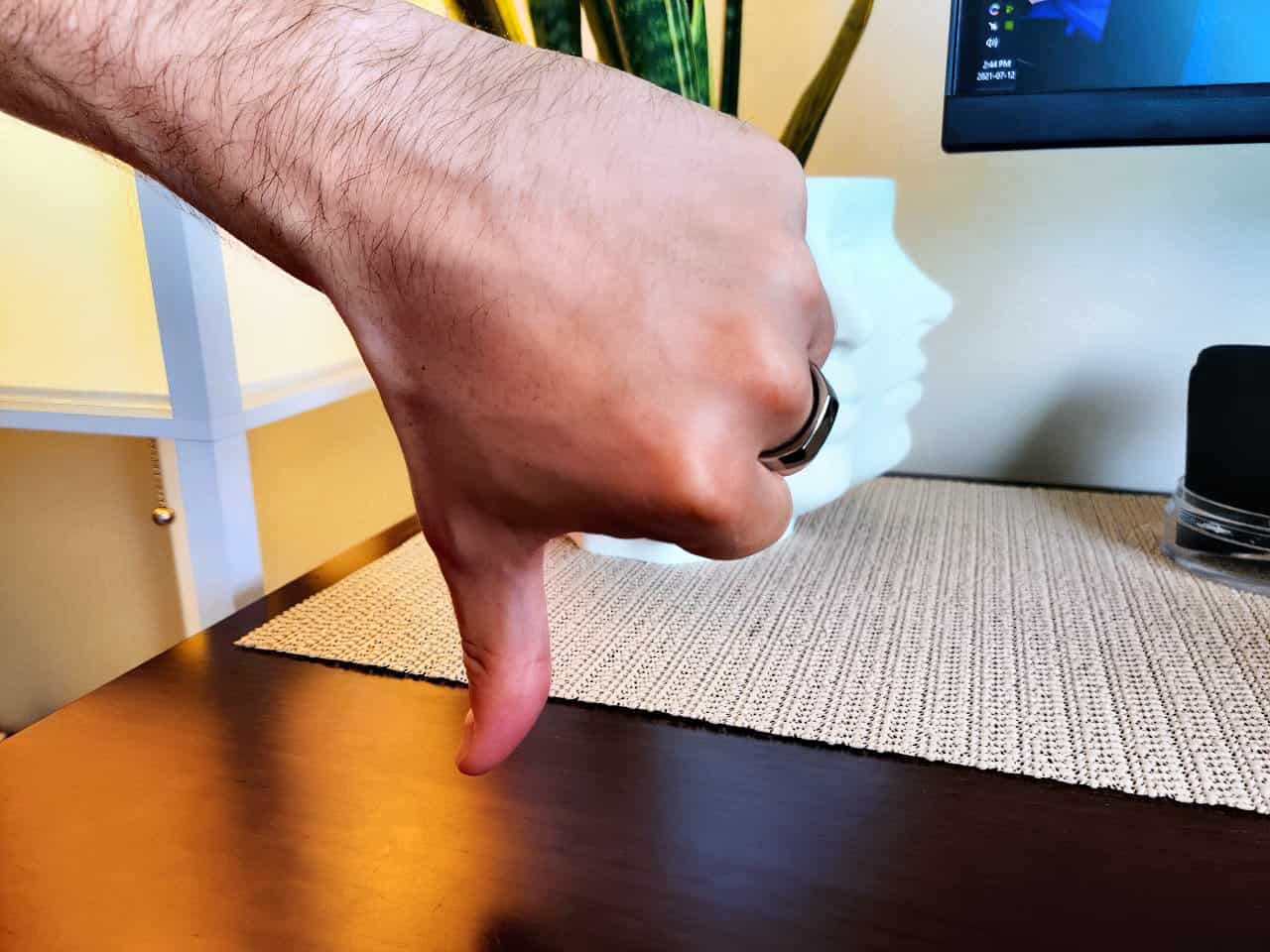 The Oura Ring is a new type of smart tracker that promises to track your sleep and physical activity. It comes in a very compact ring form, and has frequently been praised by so-called lifestyle gurus like Tim Ferriss and Peter Attia. It looks great, sounds fantastic on paper, and is a complete piece of junk in my not-so-humble opinion.

Harsh words, yeah? My mother always told me to not say anything if I don’t have anything nice to say, but after having used the Oura every night for the past 3 months, I don’t want to see other people waste their money on such an expensive device when there are other options that are far less expensive and have a lot more functionality.

Before we really dive into this, I’m going to talk ever-so-briefly about what the Oura Ring is supposed to be, and also point out a misconception of mine that really didn’t help me love this thing.

What is the Oura Ring for exactly?

As I mentioned, the Oura Ring is a compact health tracker in the form of a ring. Most health trackers come in a wrist watch format, like the Apple Watch, the various Fitbits and Garmins, etc. Tons and tons of these things.

But Oura really stood out for me because it’s so tiny and discrete.

So here are the basic features, on the off-chance you’ve never heard of Oura and have absolutely no idea what I’m talking about here.

Here’s what Oura measures during the day:

Here’s what it measures while you’re sleeping:

And here’s where I screwed up: see how short the list is for day-time measurements? Yeah.

As a daily fitness tracker, it’s basically useless. I didn’t read the fine print, and foolishly expected it would track everything at all times. That’s on me!

So with the basic features in mind…

Are you ready for a bit of a rant? Let’s go.

I admit it, I was a sucker.

I’ve been a big fan of the lifestyle design folks for many years now, especially Tim Ferriss. His book – the 4 Hour Workweek – actually inspired me to leave a lousy, abusive job and work on this here website full time. I don’t regret that decision for a minute.

However, though I find people like Tim Ferris, Kevin Rose, Peter Attia (and many more) inspiring, their goals aren’t always aligned with my own. They often make money by promoting people’s products, and though I don’t suspect malicious intent, well… money often has a way of softening our views toward mediocre products. I’m not ashamed to say that I’m guilty of this myself, which is the main reason I won’t accept review samples of products that I know deep down are going to be trash.

So what’s the problem?

In short, I broke my first and most important rule when making a purchasing decision:

Research the heck out of something before you spend many hundreds of dollars on it.

These guys had been praising the Oura Ring for years, and I purchased without doing much research at all. Foolish (and expensive) mistake, and I’ll do my best not to repeat it.

Why do I dislike the Oura Ring so much?

If you’ve stumbled onto this quasi-review, you too have probably been debating buying one of these very expensive health tracking devices. It’s a big decision, not something to be taken lightly like I did.

So why do I dislike this thing so much? Here are my thoughts, in order of pain/disappointment:

The problem isn’t just that it’s not very accurate as a sleep tracker. Inaccuracy is generally OK, as long as it’s consistent. The trouble is that it really doesn’t do much of anything well and it’s far more expensive than the competition.

Why would you buy something that’s completely average (at best) as a sleep tracker, when you could spend far less and get something that’s far more accurate than Oura for sleep tracking and also fantastic as a daily health and fitness tracker? It just doesn’t make any sense, and it really makes me question how Oura has survived so long on such a mediocre piece of hardware.

I would really love to see them put out something fantastic, because I love the idea. But as it stands? This really isn’t it, and I can’t in good conscience recommend that anyone buy an Oura Ring.

For the time being, you’re better off buying a Fitbit Charge 4 at a fraction of the price. Better sleep tracking, and far more functionality in general, especially if you want to track your daily fitness and health.

Gryphon Home’s Hot Sheets Will Keep You Cool All Summer

Why Random Video Chats Can Benefit Just About Anyone

2 comments on “Oura Ring Is the Worst Smart Tracker”