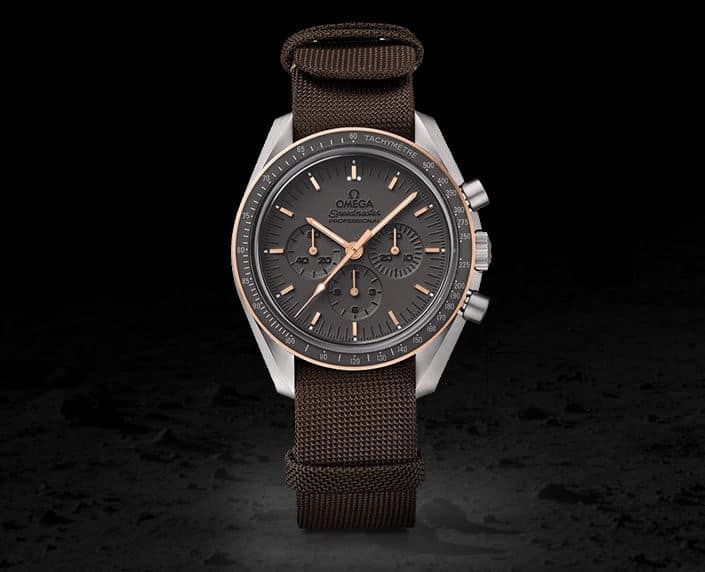 In 1969 man landed on the moon, it was a historic event and showed what the human race is capable of.  The vessel used to land on the moon was the Apollo 11, and since we write about watches on this site, you know what I’m going to say next… the first watch worn by a man to land on the moon was the Omega Speedmaster.  That historic even took place 45 years ago, and to celebrate the occasion, here’s the limited edition Omega Speedmaster Apollo 11 45th Anniversary Watch; limited to 1,969 pieces.

The Apollo 11 45th Anniversary watch is quite striking; with a 42 mm titanium case and 18k Sedna gold bezel, hands, and hour indices.  The black PVD dial (looks brown to me) has been laser engraved and features three sub-dials for the chronograph.  The watch sits on a brown NATO strap, matching the dial. 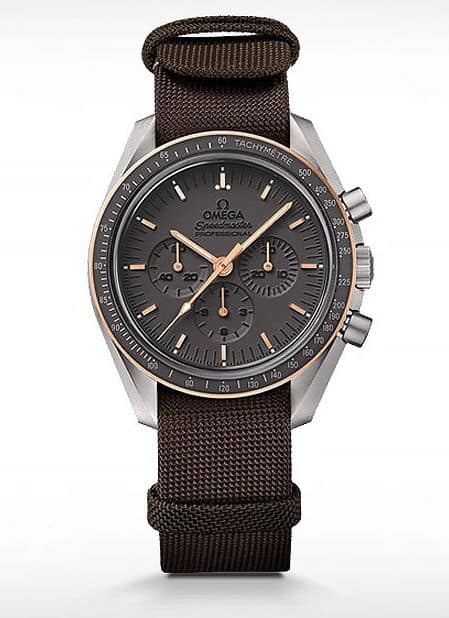 The Omega Speedmaster Apollo 11 45th Anniversary Limited Edition watches are powered by Omega caliber 1861 mechanical hand-wound movement with 48 hour power reserve.  The front and the back of the watches are covered with scratch-resistant AR coated sapphire crystals.  These watches will go on sale in June 2014.  Via: Omega