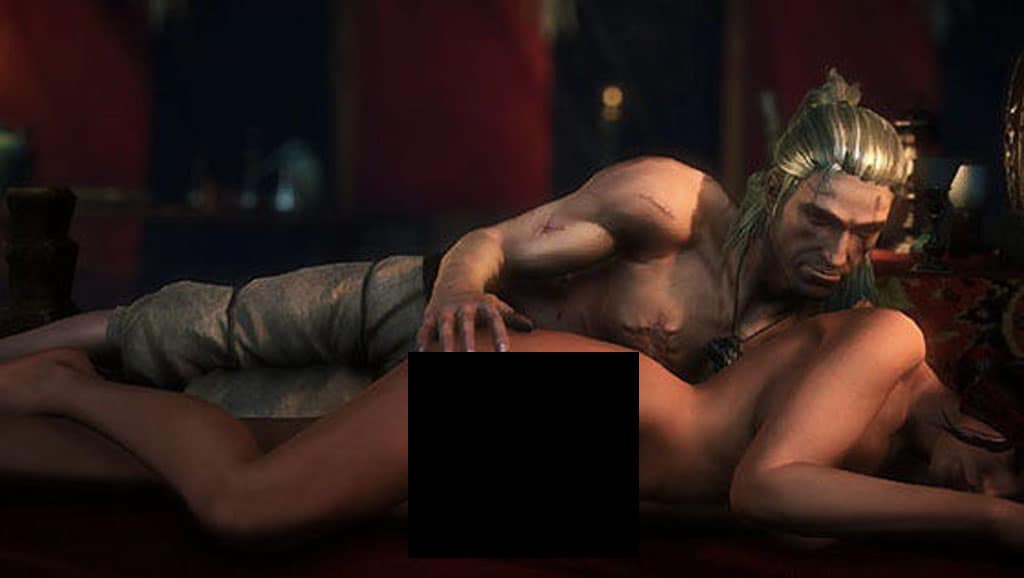 Like many of you, I’m a long time gamer. I’ve played a great many games in my short life, and seen the dealings of a great many game developers. I’ve seen the good, the bad, and the ugly. Most of these development studios toe the company line, and are marketed by smooth talkers and lawyers… people who talk a lot, and say nothing. But these scumbags aren’t the topic of today’s discussion.

You see, I recently read an article by Julien Smith on not giving a fuck. He talks about the importance of accepting occasional awkwardness, the reality that many people don’t like us and it doesn’t matter, and when one should simply not give a fuck. It’s a fascinating read, and it got me thinking about those rebels of the game industry who just don’t seem to care what people think of them, for better or worse. In fact, I want to talk about two studios who most certainly don’t care what people think, and why I think it works for one of them, and why I rather dislike the other.

Since I first laid eyes on The Witcher so many years ago, I was in love with CD Projekt Red and the fantastically ballsy Polish people who comprise their studio. They started small, had a vision of the kind of game they wanted to make, and as they grew and grew, they somehow, above all odds, managed to keep their identity – an identity full of boobs, butts, swords, and enough violence to make Roman crucifixion specialists blush. In short, they don’t give a fuck what anyone thinks. 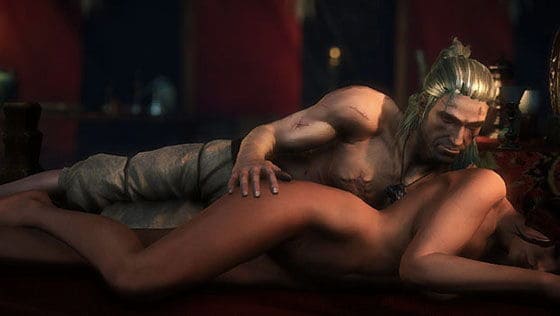 If you’ve played the Witcher 2 in particular, then you undoubtedly remember the wide range of fairly graphic sex scenes featured prominently throughout Geralt’s exploits. He’s not just skilled with a sword, he’s skilled with something else as well, and he’s most certainly not afraid to use either. In fact, CD Projekt went so far as to have Triss Merigold (the sexy women seen above) featured in the May 2011 issue of the Polish Playboy magazine. That, combined with CD Projekt’s no-nonsense attitude and shit talking, well… why does it work for them? Why don’t I consider them douchy pricks just trying to get a rise out of people? 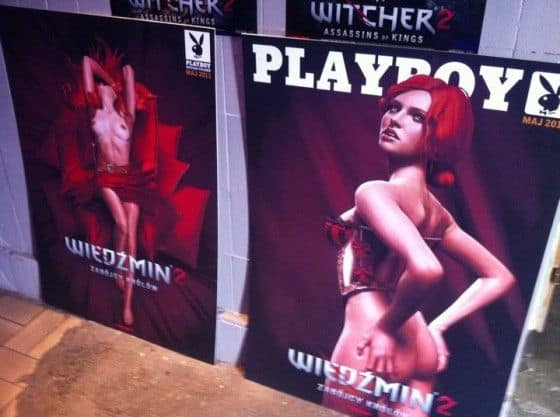 I think the reason it works is that instead of simply adding in sex and violence for the sake of being attention grabbing, they’re simply creating the type of game that they want to play. If it happens to include boobs and fucking, so be it… and if they want to shit talk in their interviews, and hold staff meetings in bars, so be it. They’re being genuine. They’re doing what they want to do, not what they think will get the attention of others.

The Hitman series of games from IO Interactive are some of my favorite titles of all time. Seriously, like… ever. I’ve played every single one of them, and up until the latest installment in the series, the shit-heap known as Hitman: Absolution, I was a huge fan of the series. That all changed with the marketing lead up to the latest game’s release. Shitty game aside, the marketing done by IO Interactive and Square Enix was absolutely horrible. Here’s an example…

This is from their “Attack of the Saints” trailer which featured minute after minute of Agent 47 beating the pulp out of women. Fair enough, they’re female assassins sent to come kill him, but female, leather clad sex nuns that he’s slowly shooting and strangling? Give me a break. The Hitman games have always been ultra violent, and featured women with hilariously large boobs, but this? This was disingenuous .. this isn’t Hitman, and it became immediately obvious that they did it for nothing more than the attention. And then this happened… 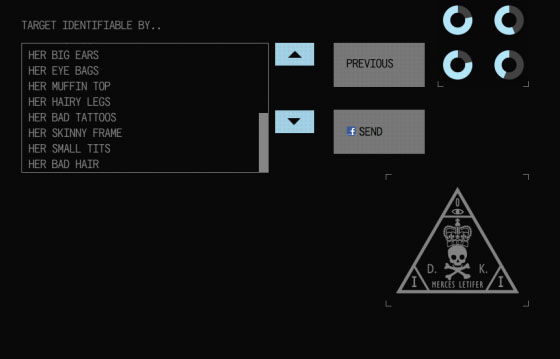 Square Enix released a Facebook app that lets people mark their friends for assassination for reasons like small tits and cheating on their partner. Yeah. The video would be sent to them, and using images from the “targets” feed, a custom video would be displayed showing them getting shot and killed. Once again, what the hell were they thinking?

Now, I’ve lumped in IO Interactive and Square Enix together here, because one is the developer and the other is the publisher. IO, if you had nothing to do with all this shitty, shitty marketing, then you have my humble apologies. I had loved you as a company for many years, and I genuinely hope that Square Enix is the cause of all this garbage.

I’ve just talked at length about two companies that I consider rebels of the gaming industry. They both release games with very adult themes, such as sex and over the top violence, and yet here I am praising one, and slamming the other. What’s the key difference between them?

Just as in life, people who don’t give a fuck, but who do it for themselves and no one else, are respected. People may not like them, but they respect them. On the other hand, those who don’t give a fuck for the sake of fucking with other people, well… I happen to look less favorably on them, and I encourage you to give the subject some thought. After all, this doesn’t just apply to the gaming industry. It applies to all people, including ourselves. There’s value in not giving a fuck, as long as that doesn’t turn into fucking with others.