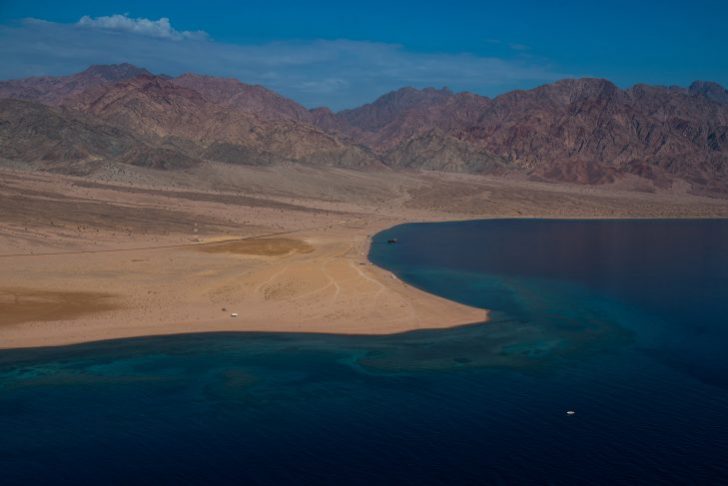 NEOM is one of the world’s most ambitious projects and it serves as a 26,500 km² city that will be constructed in Tabuk, Saudi Arabia. NEOM is going to sit on the border region between Egypt and Saudi Arabia. The project is named after the Greek word for new and then the first letter of the world Mustaqbal which is Arabic for future.

The original proposal for NEOM was first produced by the Saudi Crown Prince Mohammad bin Salman as a future investment for the region back in the year 2017. The overall goal was to invest in the region itself and deliver improvements to the existing government framework. The overall cost of the construction is estimated at over $500 billion and it’s mostly going to be funded by the public investment fund of Saudi Arabia as well as by international investors.

This site in the desert is highly sheltered by mountains and has a Mediterranean like climate cooled by breezes on the Red Sea. There are beaches and coral reefs as well as massive mountains as a strategic location for investment. NOEM is also going to operate independently as an economic zone with its own taxes and regulations to boost growth within the region.

The overall goal of this high-tech city is to become a global hub of connectivity and trade. Using green energy and superior technology, the city will deliver a centralized hub for the future of healthcare, tech development, trade and prosperity.

NOEM sets to be a Saudi megacity and potentially one of the most interconnected and futuristic cities that has ever been created before. It will continue to boost foreign direct investment across the country and serve as one of the greatest megaprojects in the history of Saudi Arabia.

As the site continues development there will be upcoming positions available for skilled professionals including engineers, tech experts, and more.

Originally published on October 3, 2018 in Technology