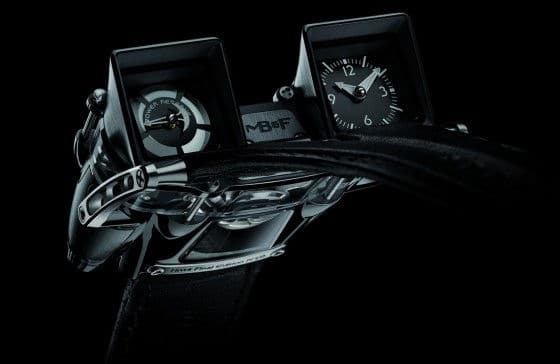 Maximilan Busser & Friends is a watchmaker that doesn’t really take the traditional approach to producing watches; the timepieces that come out of their workshop are incredibly complicated, and may not be for everyone.  I personally love the watches made by MB&F, and the Horological Machine No. 4 was no exception.  However, their latest watch, the MB&F HM4 Final Edition is not one of my favorites in the series.

If you recall, the HM4 line of watches is based on airplanes, the two distinct compartments of the watches were designed to look like two engines from World War II planes.  The HM4 Final Edition watch is also designed after a plane, but this watch takes its design inspirations from a stealth fighter, which is why it’s finished in black and the design is angular. 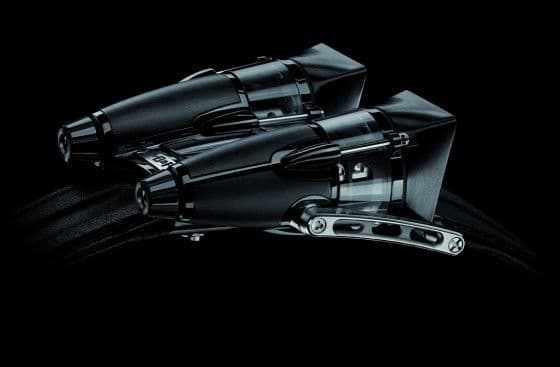 The HM4 Final Edition watch might not be one of my favorites, it’s still an impressive timepiece; I just prefer the previous rounded versions.  The HM4 Final Edition is based on the same architecture as the HM4 Thunderbolt and is powered by the same automatic movement with 72 hour power reserve.  The Final Edition watch comes in a black PVD coated titanium body with angular “dials”.  The right dial is where you’d find the time feature and the left dial has the power reserve indicator. 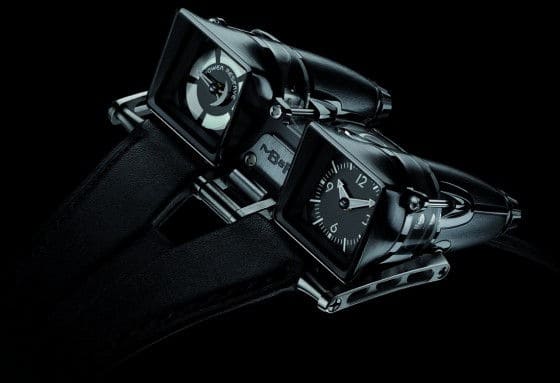 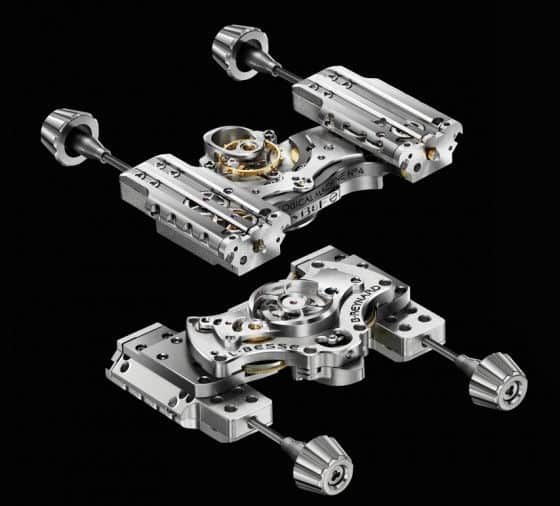